CORVALLIS, Ore. – Human-caused wildfire ignitions in Central Oregon are expected to remain steady over the next four decades and lightning-caused ignitions are expected to decline, but the average size of a blaze from either cause is expected to rise, Oregon State University modeling suggests.

Scientists including Meg Krawchuk of the OSU College of Forestry and former OSU research associate Ana Barros, now of the Washington Department of Natural Resources, say the findings can help local decision-makers understand how a changing climate might affect natural and human-caused fire regimes differently and inform fire staffing, preparedness, prevention and restrictions.

“The significance of these results lies in what we can collectively do about it as a society and in our individual actions,” Barros said. “For lightning-ignited fires, depending on where and when they happen, it can be an opportunity. Where safe for firefighters, communities and highly valued resources, we can use these ignitions to accomplish important forest restoration work.”

Findings of the study, which involved 3.3 million hectares on the east slope of the Cascade Range, were published in Environmental Research Letters.

“In the United States, two-thirds of the area burned by wildfires is from fires started by lightning, but human-caused blazes make fire seasons longer and result in fires reaching areas where they wouldn’t naturally occur,” said Krawchuk, a fire ecologist who oversees the College of Forestry’s Landscape Fire and Conservation Science lab group. “People are the primary cause of large fires in both the eastern and western U.S., and while climate is the primary driver of how much area burns, the human footprint is a close second.”

Wildfire is casting an increasingly large shadow globally, including in the American West, as the climate continues to become warmer and drier. Eight of the 10 largest California wildfires on record have occurred in the last seven years, and in 2020, multiple huge fires tore through the west side of the Cascade Range in Oregon, consuming more than 1 million acres.

Barros notes that in the lower 48 U.S. states, 29 million people live where there is potential for extreme wildfire, including 12 million considered “socially vulnerable.”

“Census tracts that are majority Black, Hispanic or Native American are associated with the greatest vulnerability to wildfire,” she said. “That means climate change is expected to exacerbate social inequalities unless ecosystems and communities do a good job of adapting to a changing climate and more fires in an equitable way.”

Barros, Krawchuk, OSU faculty research assistant Rachel Houtman and collaborators from the U.S. Forest Service and the University of California, Merced looked at ignition data for the study area from 1992 through 2015. There were more than 15,000 ignitions, most of which did not result in a big blaze. Just 400 of the ignitions ended up burning an area greater than 10 hectares, but those fires accounted for 99% of the area that burned.

Melding those data with multiple global climate projections, the scientists developed statistical models for when and where fires could potentially occur between 2031 and 2060, and how much area they would burn, for lightning- and human-caused ignitions. The models included predictions for the number of fires and the frequency of extreme wildfire events, or EWEs.

The models, which include a metric for daily fuel dryness known as energy release component or ERC, predicted no significant change in the number of human-caused fire ignitions and a 14% reduction in lightning-caused ignitions, with the number of lightning fires per season burning more than 10 hectares staying about the same.

“All but one of the climate models we considered projected increased frequency of record-breaking events, with the largest future fires being about twice as big as those of the contemporary period,” Barros said.

The scientists note that historically, lightning ignitions in Central Oregon have been more likely on days with moderate fuel dryness and less likely on days with higher ERC. That’s possibly because in the region, lightning-caused fires tend to happen after light precipitation such as that from cold fronts that can cause ERC to drop.

“When it comes to human-caused fires, the key word is prevention because any ignition can become that record-breaking event,” Barros said. “The takeaway here is that large fires are coming our way. What we do about it between now and then will determine our success in mitigating negative consequences and even accomplish positive outcomes.”

Collaborating with Krawchuk and Barros were Michelle Day, Alan Ager and Haiganoush Preisler of the Forest Service and John Abatzoglou of the University of California, Merced.

“Extreme wildfires are increasingly becoming a reality in many parts of the world, but how we respond to these fires and how we prevent them depends on a lot on how they start,” Day said. “In our study we showed that historical records for fire size will continue to be broken. And the timing of these fires will differ depending on cause, with more human-caused ignitions happening in late summer and fall.”

The National Science Foundation and the U.S. Department of Agriculture supported this research. 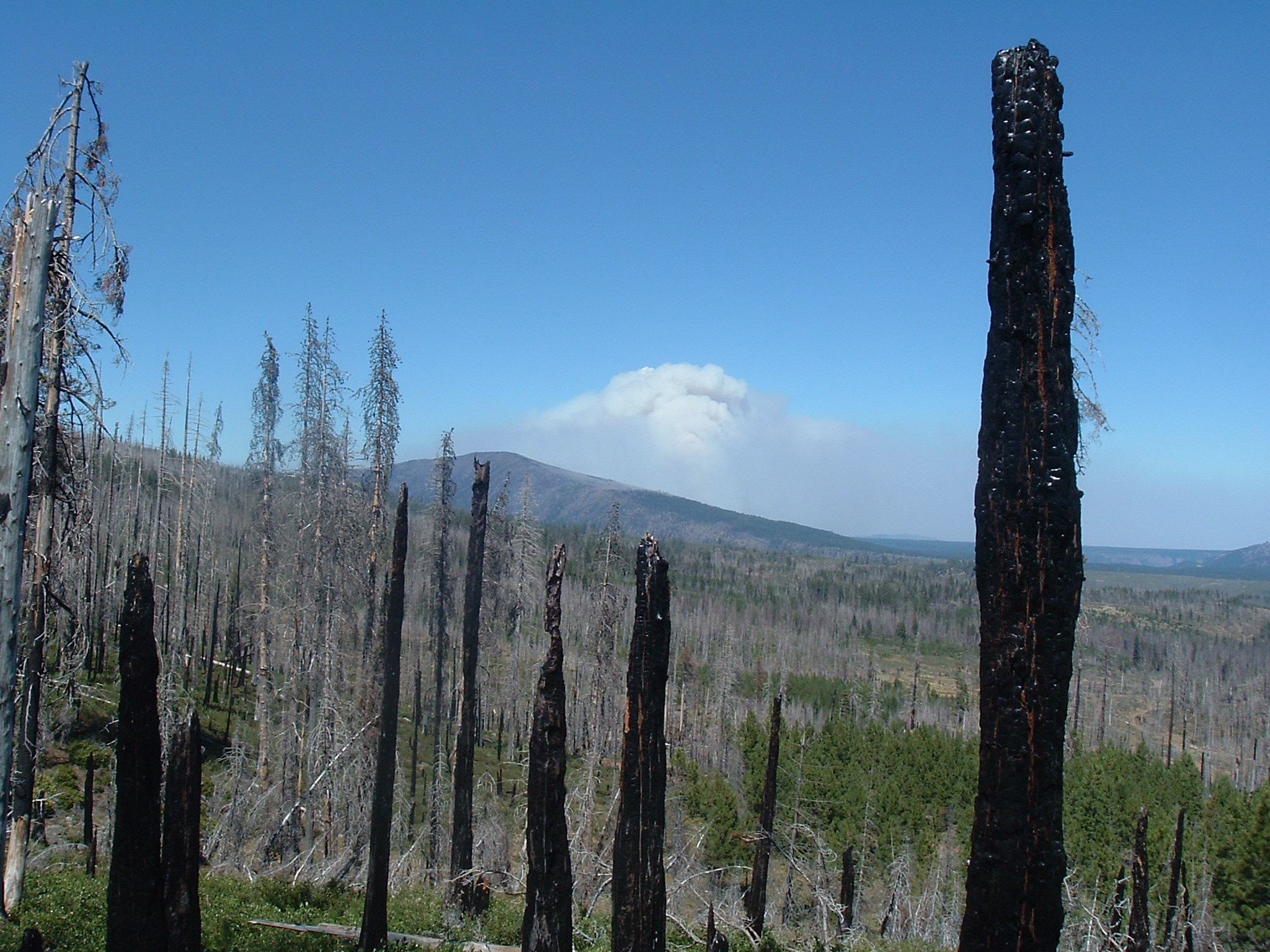