PORTLAND, Ore. – A novel research approach by Oregon State University has resulted in a key step toward better protecting the fisher, an important forest predator that findings show is the dominant small carnivore when present.

The study by OSU’s Institute for Natural Resources focused on how three carnivores – ringtails, foxes, and fishers – affect each other’s population numbers and colonization behavior. Findings were published today in the Journal of Animal Ecology.

Despite what their name suggests, fishers don’t actually eat fish, but one thing the fierce and furry animal does do is force foxes to fend differently, the research shows.

Fishers are so named because early North American settlers noticed a resemblance to the European polecat, which was also called a fitch, fitchet or fitchew.

Native only to Canada and the northern United States, the long-tailed forest dwellers saw their numbers dwindle due to fur trapping and logging. Fishers are a member of the Mustelidae family that also includes wolverines, badgers, otters and minks.

“They’re larger than people realize,” said corresponding author David Green. “They can be the size of a large house cat, and they’re really interesting critters.”

Fishers climb trees like a cat but are able, thanks to hind feet that can rotate almost 180 degrees, to climb down headfirst. That trick helps them kill porcupines by attacking the quilled animal’s non-quilled head from above.

Green and colleagues spent eight years studying fishers and other predators in a 179-square-mile region on the Oregon-California border.

Their main objective was to see how translocating fishers – in this case moving them from the study area to reintroduce them to the northern Sierra Nevada mountains – influenced their numbers; researchers also wanted to learn about the effects fishers and other predators of similar size have on each other.

“There’s been quite a bit of research that shows how larger carnivores have negative effects on fishers, but this is some of first research to look at their interactions with carnivores of about their same size,” said Green, whose group also included researchers from North Carolina State University, the U.S. Forest Service, the U.S. Fish and Wildlife Service and the California Department of Fish and Wildlife.

“Throughout the world, numbers of grey foxes, fishers and other midsized predators are actually increasing, and usually that happens because the bigger animals that are limiting them are decreasing. But we thought we might also see changes in midsized predator numbers because of some kind of hierarchy among them. The idea that they could be interacting with other carnivores their same size in ways that might affect their distribution was new, novel and important to pursue.”

Green’s team looked at the effects translocating nine fishers had on fisher populations and occupancy in the study region, and also on the translocation’s effects on ringtails and grey foxes. The nine animals removed for reintroduction represented about 20 percent of the study area’s fisher population.

“The foxes likely compete with fishers due to their similar sizes and dietary overlap,” Green said. “And ringtails are similar to fishers in that both are semi-arboreal and of conservation concern. Determining how all of those types of animals coexist is critical for understanding functional diversity, niche partitioning and interspecific interactions.”

Following the removal, the fishers’ population density was unchanged, but they occupied fewer places – certain home ranges would become vacant. Site occupancy by the foxes increased and remained elevated throughout the study.

“We sampled the animals using non-invasive means – capturing hair as they visited our baited sampling sites – and we used genetic techniques to identify the animals that visited our sites down to the individual fisher,” Green said. “We found a complicated hierarchy among fishers, foxes and ringtails. In summary, fishers were the dominant small carnivore where present, and they negatively affected foxes directly and ringtails indirectly.”

Green described the findings as encouraging as well as interesting.

“I think of this as a beginning step to understand how fishers interact with other species in their environment,” Green said. “But the big picture right now is funding for research like this is declining rapidly given the current state of government agencies, and it’s important for research like this to continue to move forward so we can better understand one of the important and charismatic species in the Northwest and the nation.” 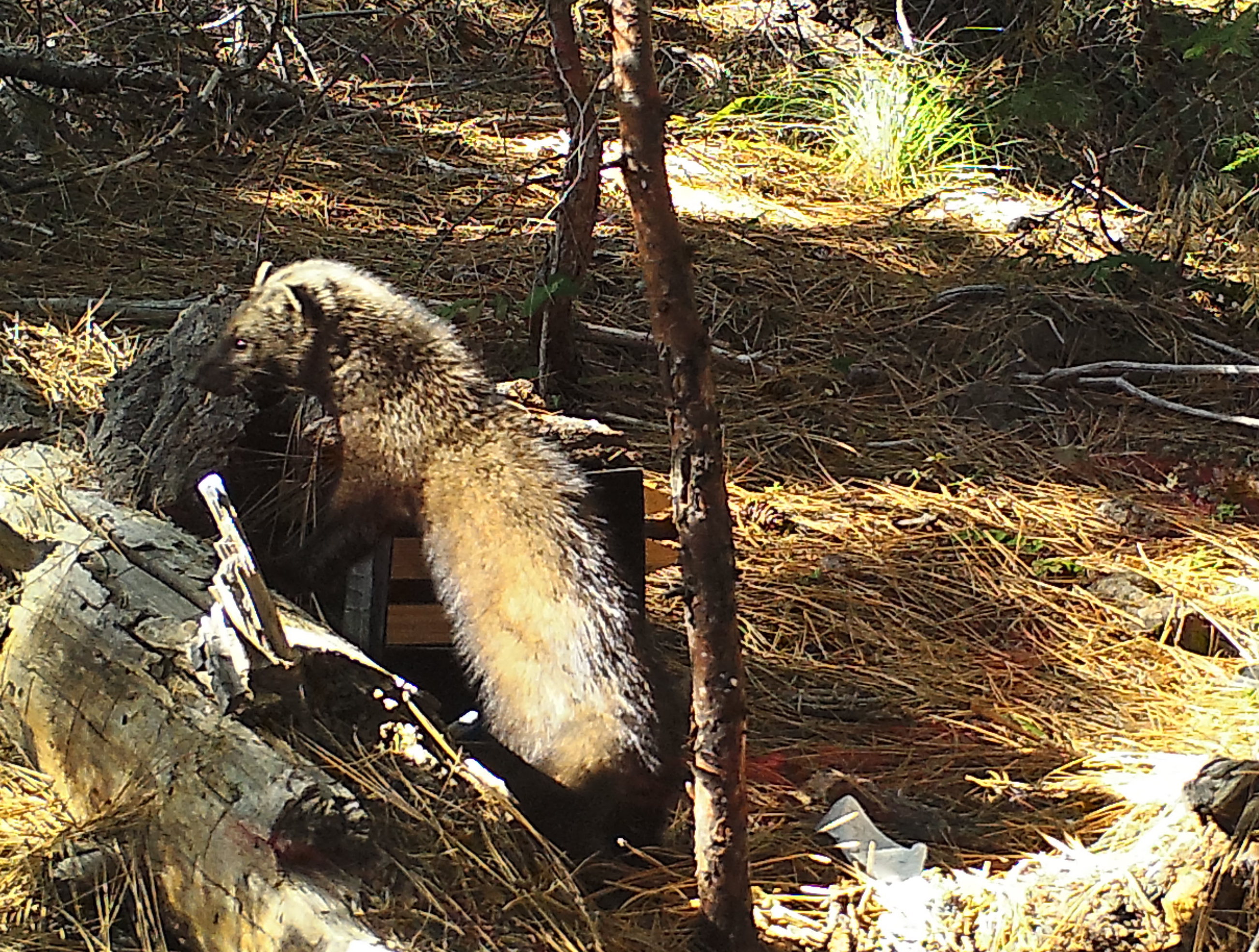