CORVALLIS, Ore. — Researchers at Oregon State University’s Carlson College of Veterinary Medicine are moving forward with developing a specialized antibody treatment for dogs with cancer, thanks to a recent grant from the National Science Foundation.

The research team plans for this treatment to be a gentler, more targeted and effective option for addressing canine cancer, just as immunotherapeutics are used in human cancer patients.

“It’s not a drug like chemotherapy where it’s a toxin. You’re actually recruiting the body’s natural immune response for clearing out transformed cells — for instance, a tumor — and then it kills them,” said Dan Mourich, senior OSU research associate and the molecular biologist on the research team.

Currently, veterinarians can use radiation, chemotherapy and surgery to tackle canine cancer, but these typically involve frequent trips to veterinary hospitals where the dog must be sedated, and can take a physical and emotional toll on both pets and owners, Mourich said.

In contrast, the OSU therapy will be administered daily in the home as a small subcutaneous injection, similar to how pet owners with diabetic animals inject them with insulin.

The treatment was developed with help from some unlikely collaborators: the llamas and alpacas that OSU owns, which are both members of the camelid family. Researchers injected them with a protein found in canine tumors, which provoked the alpaca’s immune system to respond by creating a specific antibody.

The researchers then screened a “genetic library” of the resultant antibodies to determine which were most effective at binding and blocking tumors from interacting with that protein on dogs’ cytotoxic killer T-cells, the cells responsible for fighting cancer.

“Killer T-cells are essentially the smallest scalpel you can have,” Mourich said. “They identify the cancer cell, remove that cell and leave healthy tissue alone. They’re so precise that you can utilize them to go and eliminate all the little pieces of tumor around the body.”

Camelids can produce a specialized smaller type of antibodies referred to as “nanobodies.”

Their smaller structure allows nanobodies to penetrate tissues that aren’t accessible to larger antibodies, and also makes them easier to produce and store for long periods of time, which reduces the overall cost.

The $250,000 grant from the National Science Foundation Partnership for Innovation will allow the researchers to develop their clinical candidate and establish a production method for the treatment, after which they can hold a clinical trial to test its effectiveness.

“The efficacy of immune-based therapeutics has already been tested in the human clinic for cancer and other diseases, but we’re not going to take human drugs and try to adapt them to the dog,” Mourich said. “We’re going to make the dog drug that does the same thing.” 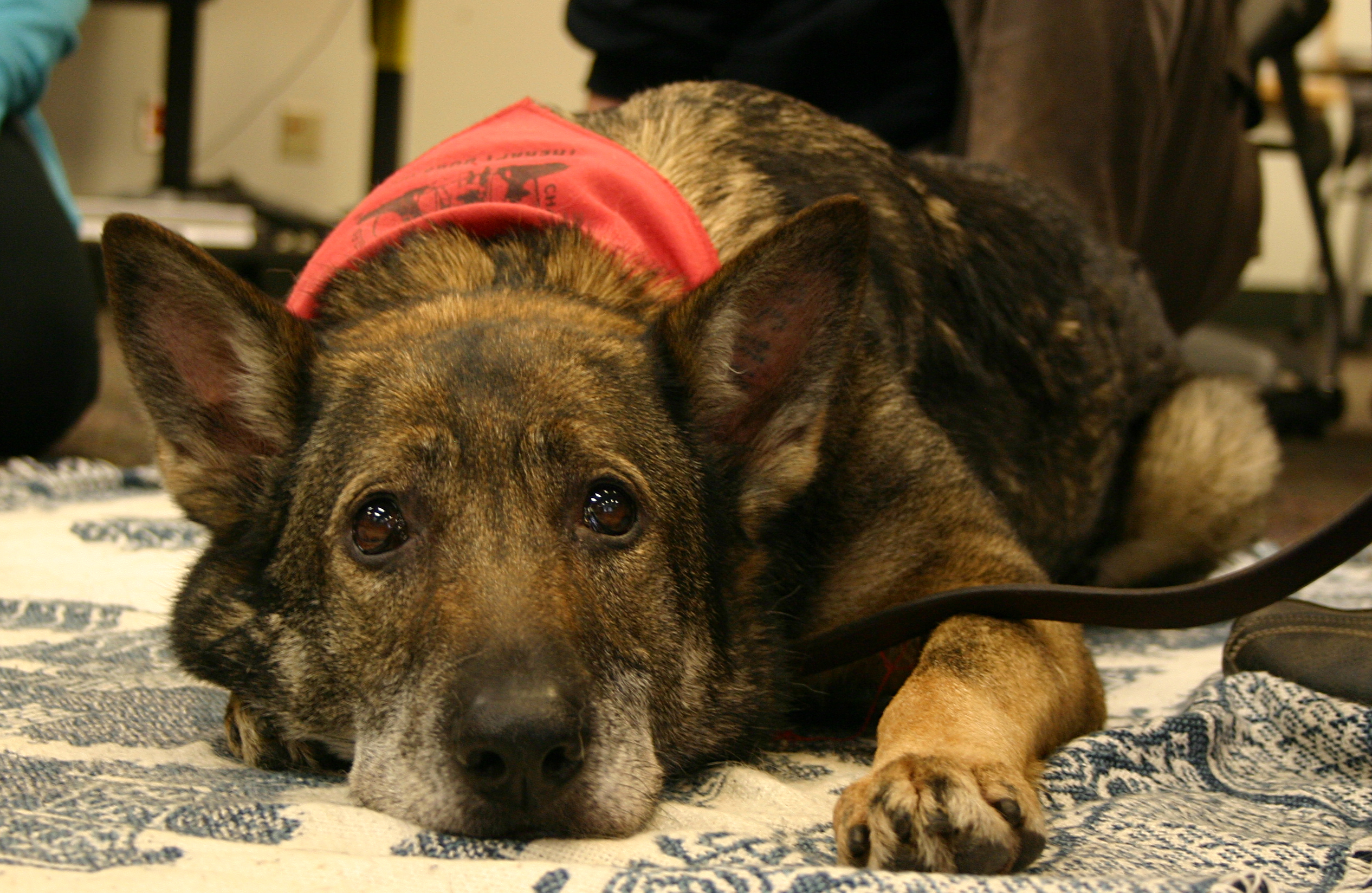