The E2 Center is a collaborative learning environment illustrating the shared commitment to research, education and public engagement shown by NuScale and Oregon State during a partnership that has stretched over 20 years, said José Reyes, the company’s chief technical officer and OSU professor emeritus.

“As a co-founder of NuScale Power, I can attest to the enduring power of our partnership with OSU and the spirit of innovation that has driven our collective success to date,” said Reyes, an Oregon State faculty member for three decades. “NuScale is extremely proud to open the E2 Center, and it is our hope that this learning center will foster collaborative problem-solving and creative solutions that inspire future energy pioneers for generations to come.”

Reyes, who retired from Oregon State in December 2017, ran OSU’s nuclear engineering and radiation health physics program from 2005 to 2010 and directed the Advanced Thermal Hydraulic Research Laboratory at Oregon State.

Housed at OSU’s Radiation Center, the E2 Center will provide students, researchers, operators and members of the public a better understanding of small modular reactor technology, Reyes said. NuScale was the first company to receive SMR design approval from the U.S. Nuclear Regulatory Commission, and the reactors are scheduled to be ready for commercialization by 2027.

“From the start, OSU has been the strongest partner and supporter of NuScale,” said Scott Ashford, Kearney Dean of the Oregon State College of Engineering. “Our School of Nuclear Science and Engineering is committed to the NuScale innovation and development, leading small modular reactor research and education around the world.”

NuScale has simplified reactor design to make them safer than conventional, large reactors – getting rid of pumps, valves and other parts while building in safeguards in an attempt to make the reactors impervious to meltdown.

NuScale plans to fabricate its reactors in a factory rather than assembling them at a plant construction site, a move designed to cut costs enough to compete with other types of energy generation.

The reactor’s trademarked power module can generate 60 megawatts of electricity – compared to 1 gigawatt for a typical commercial reactor – with a “safer, smaller and scalable version of pressurized water reactor technology,” the company’s website says.

The small modular reactors are designed to take up 1% of the space of a conventional reactor. The design allows as many as a dozen of them to be arranged side by side, similar to a 12-pack of cans, in a power plant that will produce energy for electrical generation, desalination and other process-heat applications.

The E2 Center at Oregon State is the first of three scheduled installations of a NuScale power plant control room simulator at universities. The E2 Centers are supported by an U.S. Department of Energy grant.

When Reyes co-founded NuScale in Corvallis in 2007, it had five employees. Now, in addition to its Portland and Corvallis locations, the company maintains offices in Maryland, North Carolina and Washington as well as in London and has a workforce of more than 400.

About the OSU College of Engineering: The 10th largest engineering program based on undergraduate enrollment, the college received nearly $65 million in sponsored research awards in the 2020-21 fiscal year and is global leader in health-related engineering, artificial intelligence, robotics, advanced manufacturing, clean water and energy, materials science, computing and resilient infrastructure. The college ranks second nationally among land grant universities and third among the nation’s 94 public R1 universities for percentage of tenured or tenure-track faculty who are women. 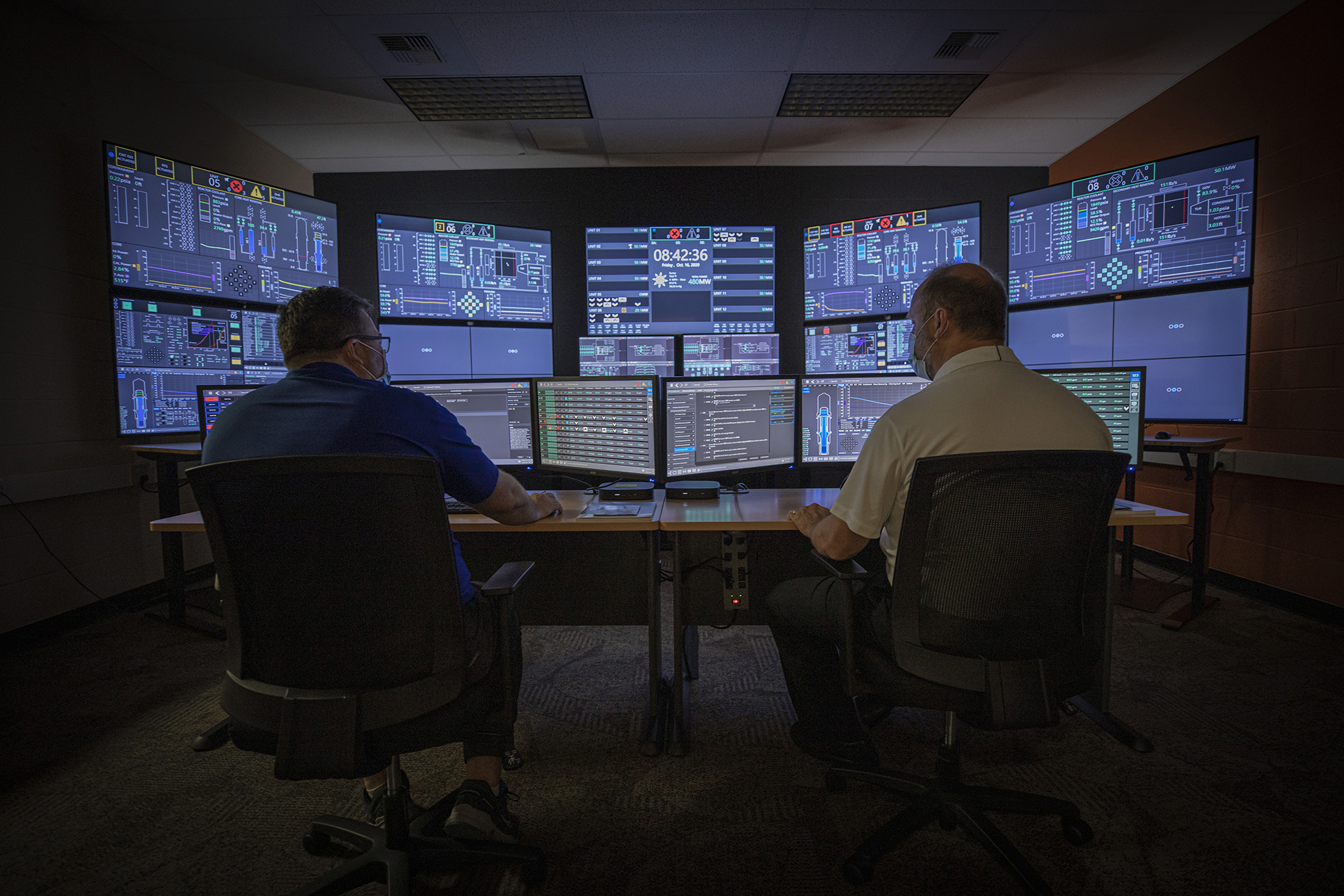