CORVALLIS, Ore. – Twenty-five years into a 100-year federal strategy to protect older forests in the Pacific Northwest, forest losses to wildfire are up and declines in bird populations have not been reversed, new research shows.

The findings, published today in the Proceedings of the National Academy of Sciences, underscore the importance of continuing to prioritize the safeguarding of older forests, the scientists say – forests characterized by a complex structure that includes multiple canopy layers, large trees, downed wood and snags.

The researchers stress it’s vital to remember that upon its adoption in 1994, the Northwest Forest Plan was conceived as a century-long plan, and was not expected to show significant positive impacts on biodiversity for 50 years.

“Trees in the northwestern United States are some of the longest-lived and largest in the world,” said Matt Betts of Oregon State University. “Douglas-fir can live to be more than 800 years old and grow to be more than 100 meters tall, so it shouldn’t be surprising that it is hard to ‘restore’ this forest type, and that any plan to do so will take a long time.

“The plan has been one of the most impressive forest conservation strategies in the world, and there is no doubt that it has had a strong positive impact on the conservation of old-growth forests, but our results show that even with these strong conservation measures, bird species living in this system still aren’t doing too well.”

The NWFP, a series of federal policies put in place at the behest of then President Bill Clinton, encompasses 10 million hectares of land, including national forests, national parks, wilderness areas and Bureau of Land Management parcels, in Oregon, Washington and California.

The researchers examined population trends for 24 widespread bird species for which the Pacific Northwest holds important populations – some associated with older forests, some with diverse early-seral ecosystems, and some with both.

While there have been other detailed studies of threatened species such as spotted owls and marbled murrelets, this study focused on what populations of more-common birds can tell us about wider forest biodiversity.

Populations of bird species associated with older forests – such as the varied thrush, golden-crowned kinglet, Pacific-slope flycatcher and Townsend’s warbler – are continuing to struggle on both federal and private industrial land, the findings show.

On private industrial land, that’s likely due to ongoing timber harvesting, while on federal land it’s due, at least in part, to the recent uptick in fires in the Northwest, in part because of drought.

“All forests in the region evolved with fires to some degree, but now, at a time when old-growth forests are so depleted, stand-replacing fires have become an important cause of declines in bird populations in older forests,” said Betts, professor of landscape ecology and the IWFL Professor of Forest Biodiversity Research in OSU’s College of Forestry. “Evidence suggests that some of the increase in fires is climate related.”

Another important finding, notes Phalan, now based at the Institute of Biology at the Federal University of Bahia in Salvador, Brazil, is that the area of young, complex preforest vegetation – known as “diverse early-seral ecosystems” – isn't declining as much as the researchers expected, and had increased in some regions.

“Again, that seems to be because new fires are creating quite a bit of early seral,” Phalan said. “There are proposals that more of this vegetation type be promoted via forest management, but our results show that birds in older forests are more likely to be in decline than those in early-seral ecosystems, so we need to be very careful not to reduce our options for recovery of older forests – especially dense, moist forests.”

Diverse early-seral ecosystems support many broadleaf species, shrubs and herbs as well as young conifers, and are important habitats for some bird species. Bird species associated with these habitats that are showing ongoing declines include the rufous hummingbird, willow flycatcher and orange-crowned warbler. For most of these species, however, in contrast to birds of older forests, the declines have not gotten worse.

Betts said that before launching into efforts to create these diverse early-seral ecosystems, more information is needed regarding how much of it there might have been historically in different areas, and how sensitive the associated species are to reduced habitat.

Phalan emphasizes the findings show that efforts to maintain and restore old-growth forests are working, but that it’s harder to prevent stand-replacing fires than to manage logging.

“It was anticipated in the plan that species declines might take decades to arrest,” he said. “It was surprising, though, to learn that species associated with older forests continued to decline much faster than those in early seral. We argue that, because forest regeneration is an inherently slow process, and because fires are going to become more frequent in most forest types, forest plans should continue to emphasize conservation of old-growth habitats.” 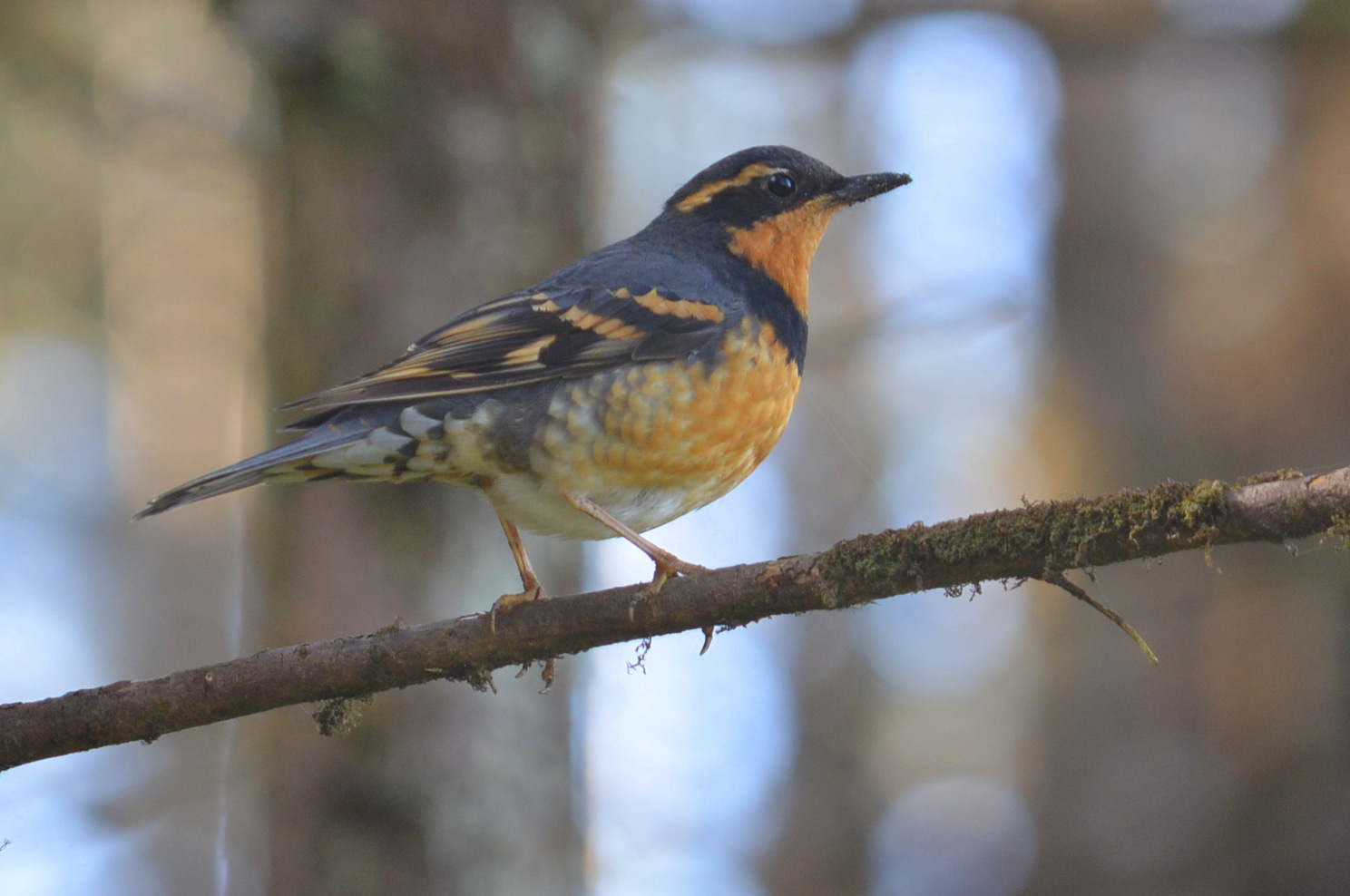 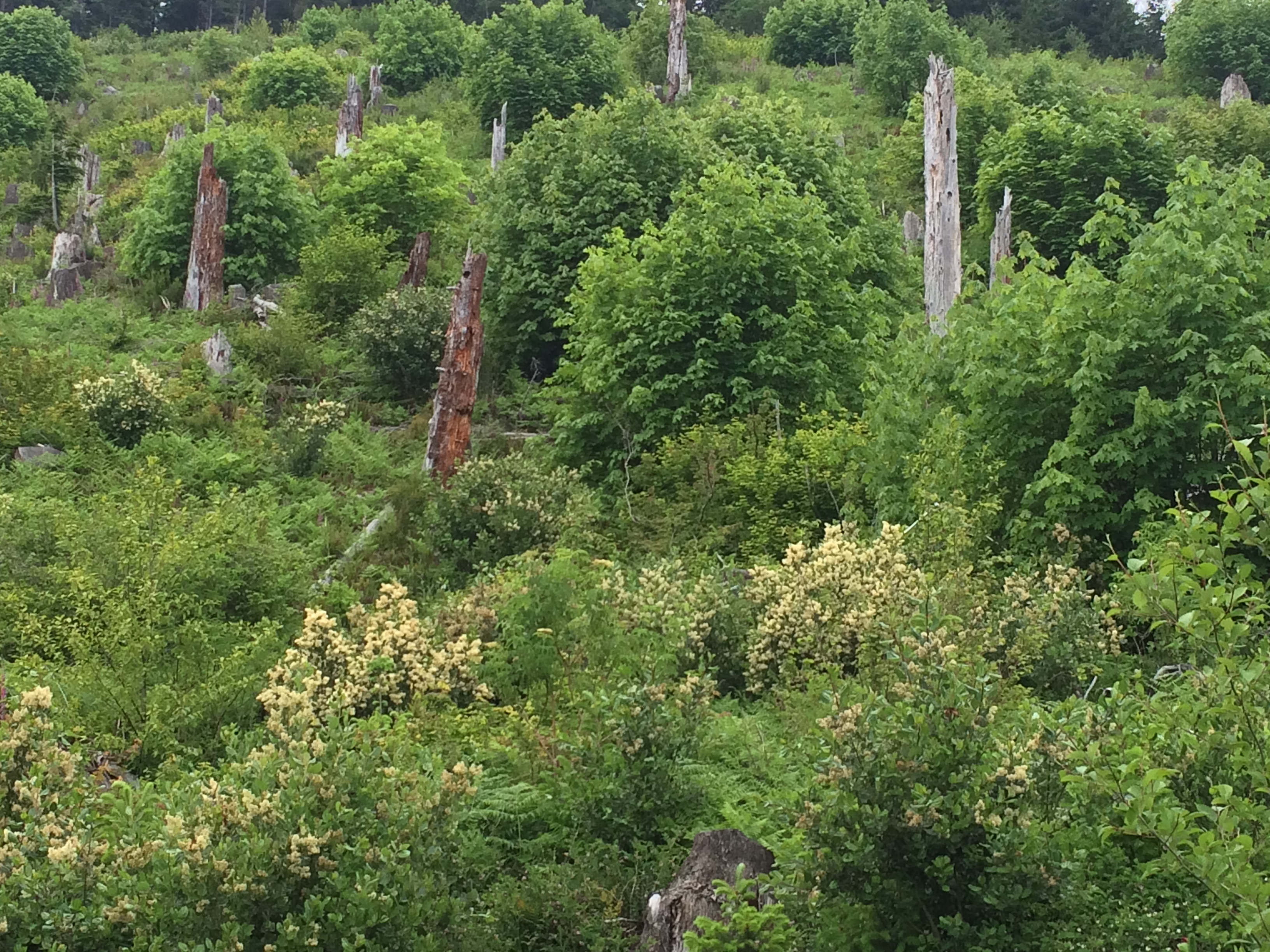