CORVALLIS, Ore. – Rather than ocean oxygen levels improving as they usually do this time of year, hypoxia off the Pacific Northwest coast is as bad as it’s been at any point in 2021, according to collaborative research by Oregon State University, the Oregon Department of Fish & Wildlife and Oregon’s crabbing industry.

The Northwest for two decades has had a “hypoxia season” that begins in mid-summer, said OSU marine ecologist Francis Chan, and climate change is making those low-oxygen seasons worse. When oxygen levels drop significantly, many marine organisms that are place-bound or cannot relocate quickly enough, such as Dungeness crabs, die of oxygen starvation.

“Back in April, we predicted it would be a bad hypoxia year because of the weather, and it’s turned out to be a really bad year,” Chan said. “Oxygen levels got very low, very early, and the worst is not over. On Aug. 31, it was as close to zero as we’d seen this year. Now we’re in September, at a time when we thought oxygen would have been rising for a while, and it’s just this endless summer, but in a bad way.”

While Chan was at sea making measurements off the central Oregon coast in late August, oceanographer Jack Barth from OSU’s College of Earth, Ocean, and Atmospheric Sciences and co-principal investigator with Chan in the Partnership for Interdisciplinary Studies of Coastal Oceans, was off the central Washington coast tracking subsurface dissolved oxygen with an autonomous underwater glider.

Hypoxia occurs because summertime north winds bring nutrient-rich but oxygen-poor ocean waters to shores – factors that are exacerbated by climate change, said Chan, who directs the Cooperative Institute for Marine Ecosystem and Resources Studies. The institute is led by OSU and funded by NOAA.

This year, these summertime north winds arrived earlier than at any time in 35 years and are still going strong, said Barth. Early and strong north winds supercharge the upwelling of low-oxygen waters and nutrients from depths that fuel an exceptionally productive food web.

But it becomes too much of good thing because as those organisms die and sink, they remove oxygen from the water, making the problem worse, said Barth. On top of that, deep waters that are brought to shore are holding less and less oxygen because of climate change.

This spring a NOAA-sponsored scientific cruise detected a huge hypoxic area only 6 miles offshore from Oregon and Washington. By midsummer the growing low-oxygen area was approaching 8,000 square miles, leaving scientists and fisherman worried it would become a massive dead zone.

Exacerbating the effects of hypoxia is ocean acidification, which is being driven by rising levels of atmospheric carbon resulting from the burning of fossil fuels.

Commercial fishermen have long been key to the study of hypoxia, said Chan, whose research was prompted years ago by one of them calling to tell him of dead crabs.

Since then scientists led by Chan have teamed with Dungeness fishermen, using a sensor he developed that’s deployed within crab pots. The data the sensors gather aid the study of the evolving ocean and also help crabbers learn where hypoxia might be hindering their efforts.

Oregon’s Dungeness fleet produces an average annual catch of 16.7 million pounds, according to the Oregon Dungeness Crab Commission. This year’s catch was just over 12 million pounds; however, the industry is naturally variable, ranging in recent years from 3 million pounds to 33 million.

“But how are these hypoxia seasons going to be affecting the next two, three or four years?” said Tim Novotny, assistant administrator and communications manager for the commission. “How many females, who we do not harvest, are not making it through these zones?” 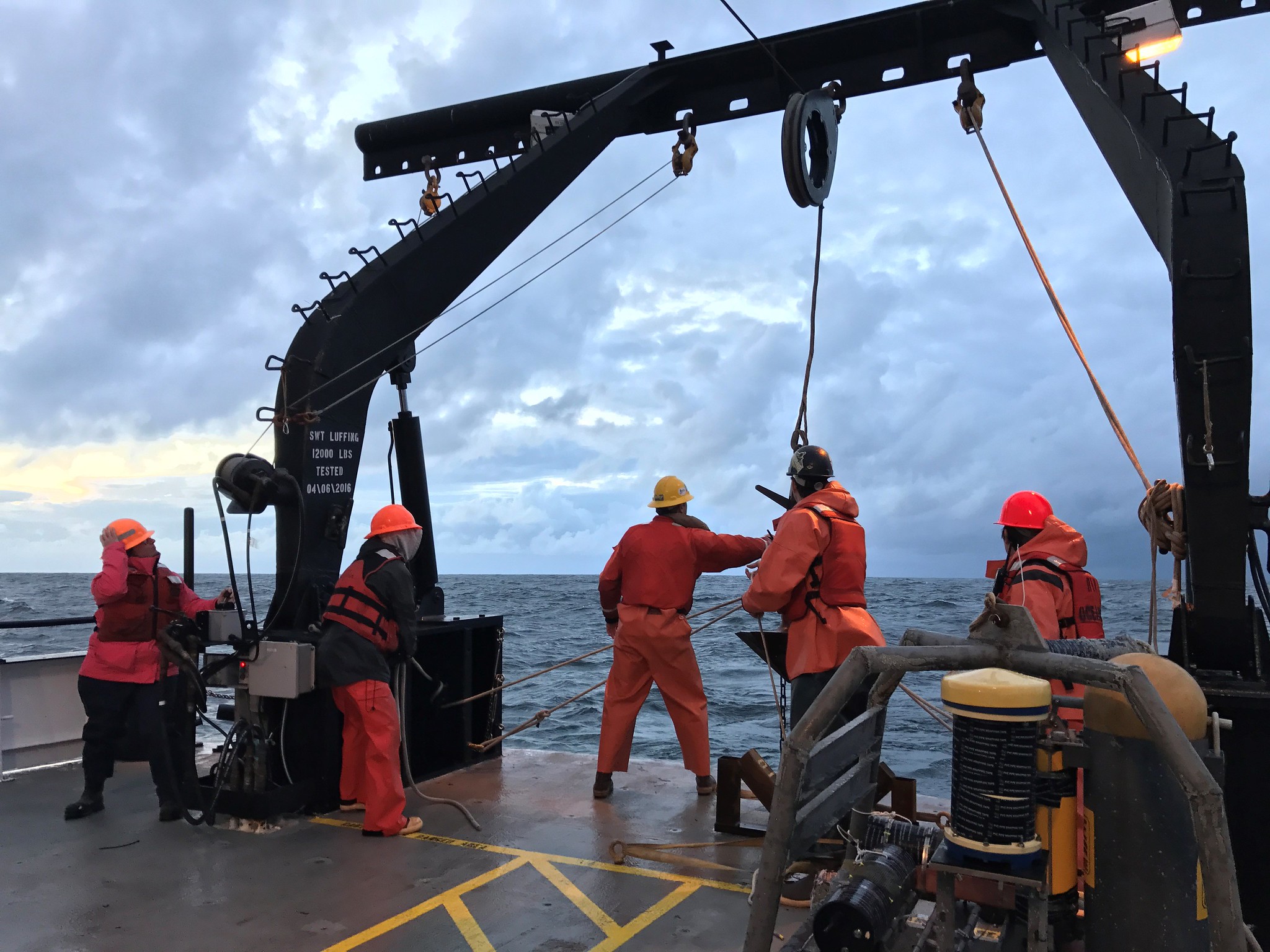