Often derided as pests, deer and elk can help young Douglas-fir trees under some conditions

The research, published today in the Journal of Applied Ecology, is important because global demand for forest products continues to rise and because wildlife conservation is often viewed as a hurdle to meeting that demand. The findings quantified the effects of intensive forest management on wildlife and wildlife habitat.

OSU College of Forestry scientists found that deer and elk can play a key role in controlling the broadleaf vegetation, such as alder and maple, that compete with the “crop trees” – the Douglas-fir seedlings – in the replanted clear-cuts deer and elk heavily rely on for forage.

This sort of benefit is called an “ecosystem service.” Deer and elk generally prefer to eat broadleaf and herbaceous vegetation but will eat Douglas-fir seedlings if they’re reachable.

Experimental plots in the Coast Range of northwest Oregon – home to some of the most economically productive forests in the world – showed that deer and elk perform that valuable ecosystem service for the Douglas firs, but not under the management conditions the researchers had predicted.

Postdoctoral researcher Thomas Stokely, the study’s corresponding author, and Matt Betts, professor in the Department of Forest Ecosystems and Society, hypothesized that if competing vegetation was left untreated by herbicides, the deer and elk would eat it and thus promote growth among the crop trees.

Each of their study parcels reflected a different level of herbicide spraying – none, light, moderate and intensive. To determine what effects deer and elk were having or not having, the parcels included exclosures – areas with tall fencing around them – to keep the animals out.

“What we expected, since deer and elk are often considered plantation pests, is that if we sprayed the broadleaf vegetation and removed their forage initially, they’d do more browsing on crop trees,” Stokely said. “And we thought that if we left the broadleaf vegetation untreated, by eating all of those trees and shrubs they’d perform an ecosystem service and actually promote crop tree growth. What we found was the opposite.”

Where the vegetation treatment was intensive, deer and elk provided the second part of a 1-2 punch that kept the Douglas-firs’ competitors completely under control.

“In the non- and lightly treated areas, we essentially found that the crop trees could not get above browsing height,” Stokely said. “There was too much competition – the crop trees were more susceptible to being crowded out and browsed, and the growth of crop trees was less with herbivore access than where they were excluded.”

In the moderately treated areas, which reflect common management practice in the Coast Range, it was something of a mixed bag: The deer and elk browsed crop trees “quite a bit” in some instances but did play a positive role in crop tree survival in others. Furthermore, herbaceous forage became more available for deer, indicating plantations can provide both wood for people and food for wildlife.

The U.S. Department of Agriculture, the National Council for Air and Stream Improvement, the Oregon Forest Industries Council and the OSU College of Forestry supported this research. 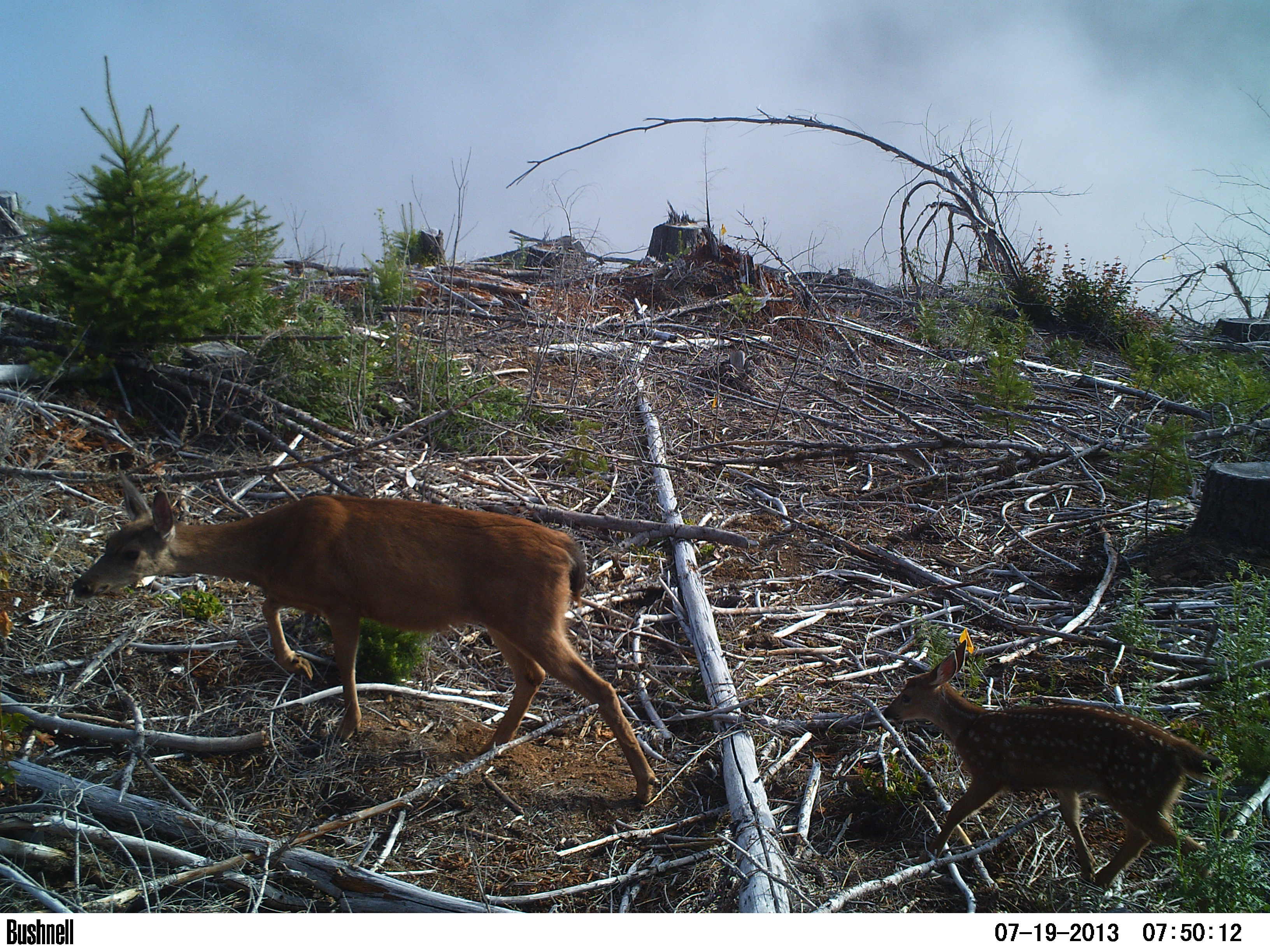 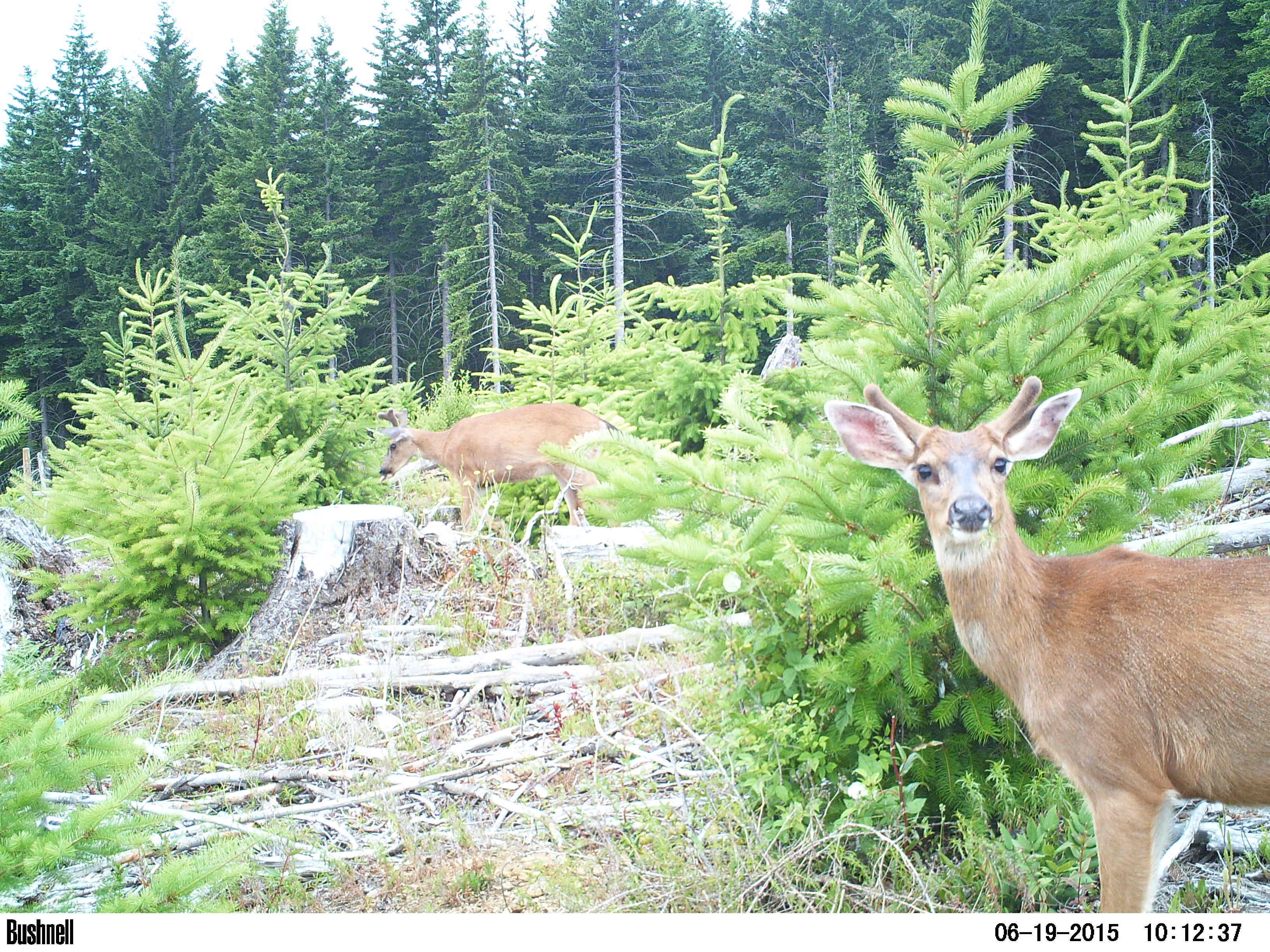 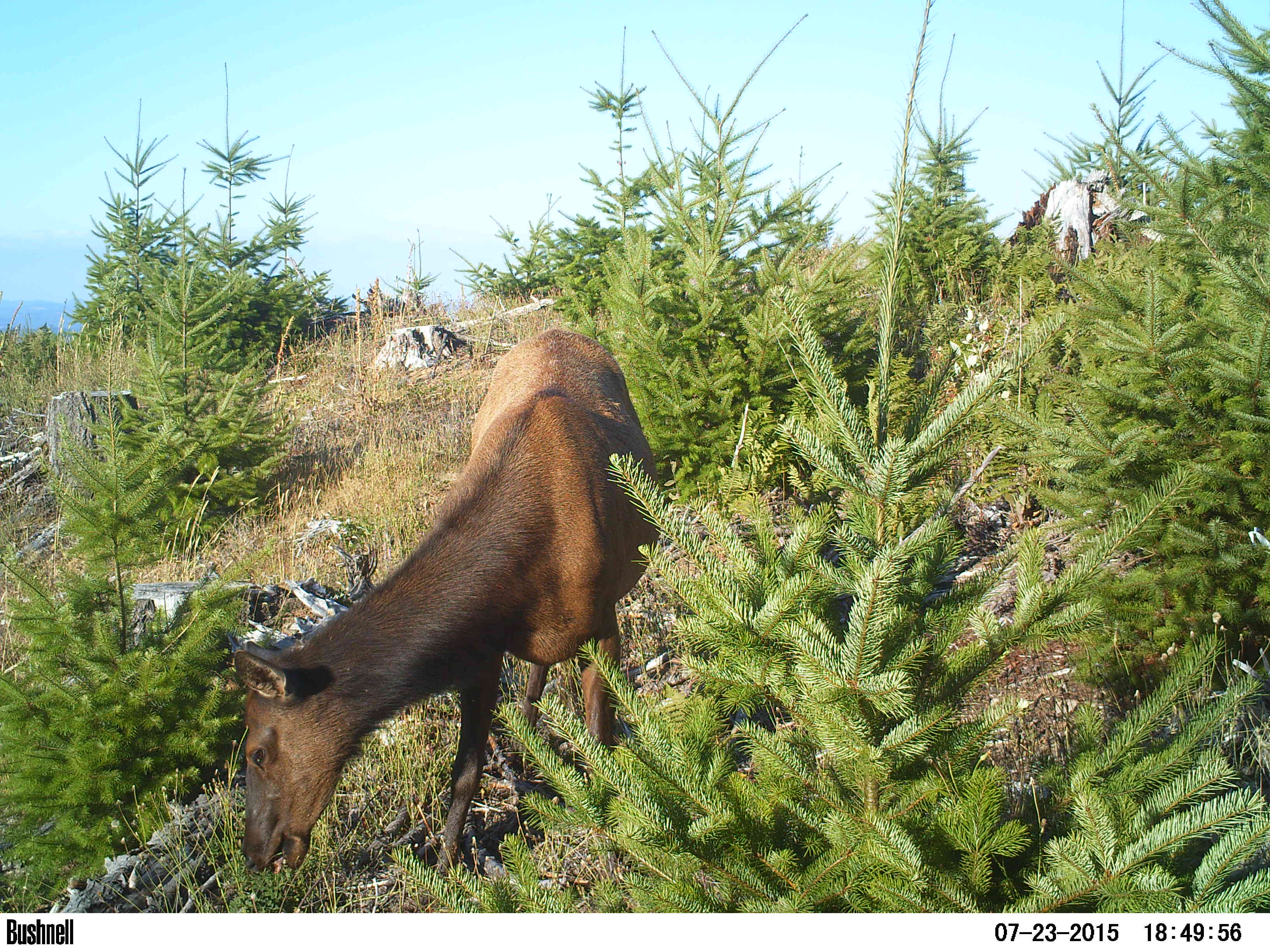