NEWPORT, Ore. – It appears that Oregon will have a new license plate with the image of a gray whale mother and her calf after the Oregon State University Marine Mammal Institute sold its 3,000th voucher for the plates earlier this week.

The Marine Mammal Institute will continue to sell the $40 vouchers for the next few weeks at www.whaleplate.com, For each voucher sold, the institute will receive $35, which will help fund marine mammal research and education.

“There has been a great deal of enthusiasm from Oregonians for the new plates – not only because of how striking they are, but also because they will help fund whale conservation efforts,” said OSU’s Bruce Mate, who directs the institute.

The plates won’t be available until the first quarter of 2019 because the Oregon Department of Motor Vehicles is installing a new computer system.

Mate said the initiative has received strong support from public officials and the Oregon Legislature, with leadership from Rep. David Gomberg of District 10 on the central coast, who has endorsed the idea for several legislative sessions.

Mate is an internationally recognized expert in marine mammal research who pioneered some of the earliest research into tracking tagged whales by satellite. The Marine Mammal Institute was established in 2006 at OSU’s Hatfield Marine Science Center in Newport, Oregon, as an expansion of a program founded by Mate in the 1970s at OSU.

“Whales are wonderful creatures that we all enjoy off of our coast throughout the year,” Mate said. “This license plate program celebrates the wonders of the ocean and its attraction for people as well. The funds will directly help the Marine Mammal Institute conduct conservation-oriented research, educate students and provide public outreach.”

Renowned wildlife illustrator Pieter Folkens drew the whales that will be on the new license plates. The plates depict a whale mother and calf on a two-toned background that emulates the sea and sky. In the upper left corner is a lighthouse, and across the bottom it reads “Coastal Playground.”

For more information on the Marine Mammal Institute, go to: https://mmi.oregonstate.edu/ 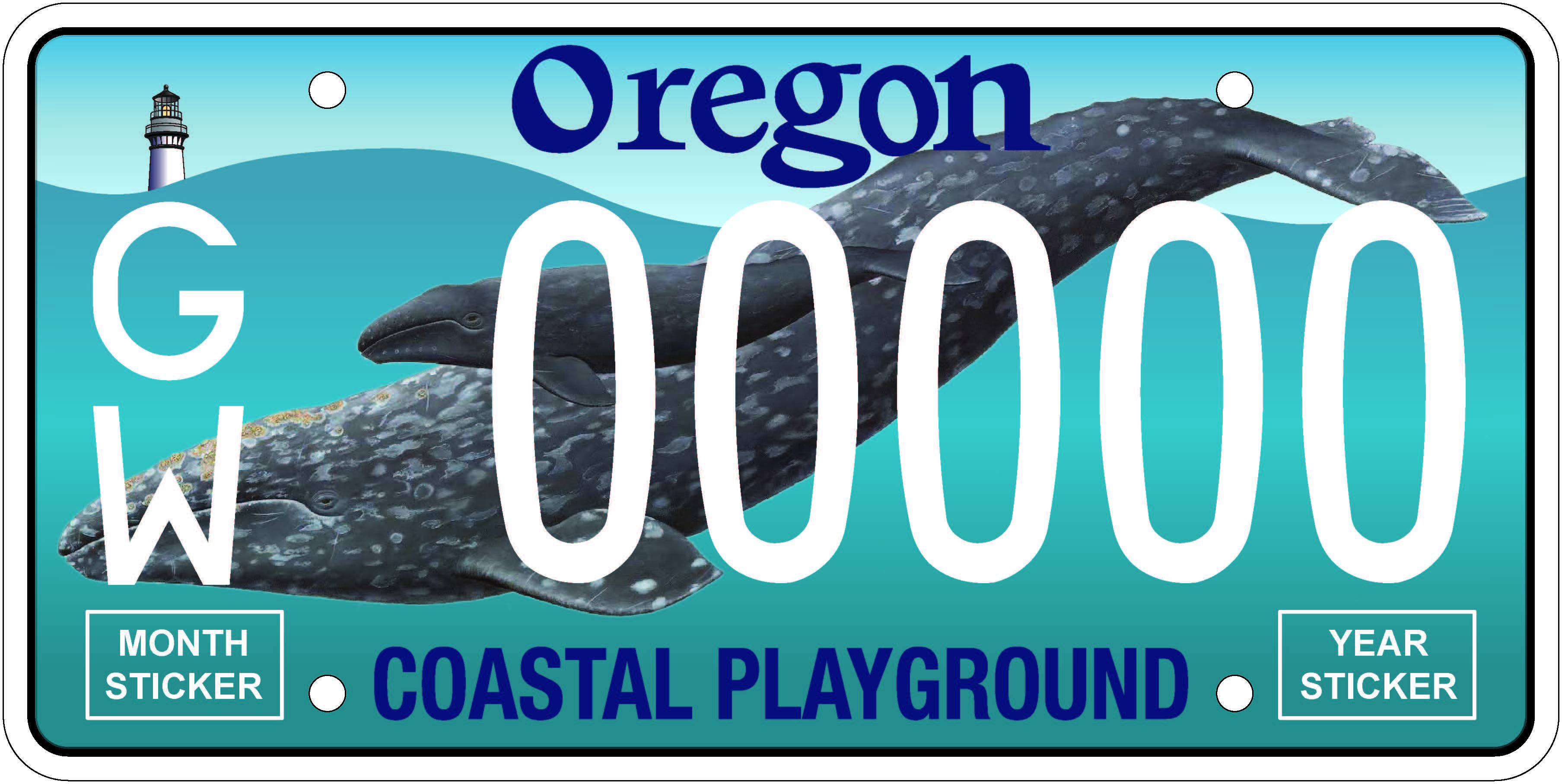