CORVALLIS, Ore. – Edward J. Ray, who has led a dynamic transformation at Oregon State University during nearly 17 years of service as the president, has been selected to deliver the commencement address at OSU’s 151st graduation ceremony.

Ray will also receive an honorary doctorate as part of OSU’s commencement, which will be held Saturday, June 13, at Reser Stadium. He was nominated to serve as commencement speaker by student leaders and members of the university’s Faculty Senate.

“We are thrilled to be able to recognize during OSU’s 2020 Commencement President Ray’s strong bond with students and his commitment to providing affordable and equitable acess to a college education,” said Edward Feser, the university provost and executive vice president.

“We know that after leading Oregon State University since 2003, this will be a special day for President Ray and also for our more than 7,000 students who will celebrate with him as they earn their undergraduate and graduate degrees at commencement.”

Ray is a strong advocate in Oregon and nationally for access to higher education opportunities for all learners. As OSU president, he has worked to reduce barriers to higher education for historically underrepresented populations throughout Oregon, while also increasing academic excellence.

Under Ray’s leadership, inclusive excellence at OSU has become a foundation for success in teaching, research, and community outreach and engagement throughout the university. During the past two decades, the percentage of historically under-represented students at OSU has nearly doubled from 13.5% to 26.3%, and international enrollment has tripled to nearly 3,500 students. Ray also established the university’s offices of Institutional Diversity and Equal Opportunity and Access in 2017.

During his tenure, the OSU Foundation completed in 2014 the university’s first major fundraising campaign that raised $1.142 billion and included contributions from more than 106,000 donors. At the time, The Campaign for OSU helped build or renovate 28 buildings, endow 79 new faculty positions, and create more than 600 new scholarship and fellowship funds for 3,200 students. 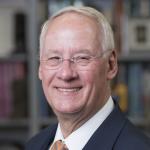