CORVALLIS, Ore. – A team of Oregon State University researchers has received a $2.5 million federal grant to work on reducing harmful emissions from wood-burning stoves, a primary source of heat in Native American communities and in low-resource areas in the United States.

Nordica MacCarty of the OSU College of Engineering is the principal investigator on the award from the Department of Energy’s Bioenergy Technologies Office.

MacCarty will work with three other OSU researchers plus tribal and industry partners to develop a firebox retrofit that uses the injection of turbulent jets of air to help stoves burn more cleanly and efficiently – even under suboptimal conditions such as wet wood or too much fuel in the firebox.

“Minimizing the impact of non-ideal stove operation is really important because that kind of operation contributes the most to fine particle emissions, and it’s often been neglected during testing, research and development,” said MacCarty, the Richard & Gretchen Evans Scholar of Humanitarian Engineering and an associate professor of mechanical engineering. “Our technology can be applied to future firebox design too, but retrofitting will make rapid and affordable implementation possible in underserved and tribal communities that suffer disproportionate health effects from wood smoke exposure.”

There are an estimated 6.5 million inefficient stoves in the United States, according to the Environmental Protection Agency, most of them older models that predate federal clean-burning standards.

In addition to requiring more fuel, a problem from both an economic and sustainability standpoint, inefficient stoves can have a large, negative effect on chimney safety and air quality; the EPA notes that 20 stoves that don’t burn cleanly can combine in a winter to emit more than a ton of fine particle pollution, or PM2.5 (the 2.5 refers to the maximum width of the particles in microns).

Preliminary testing suggests a forced-air, turbulent-jet retrofit can reduce a stove’s PM2.5 emissions by up to 85%, MacCarty said, which is good news on a variety of health fronts. Exposure to particle emissions is linked to asthma attacks, bronchitis and cancer and can aggravate heart and lung disease, according to the EPA.

“Our initial focus is on low-resource and tribal communities but the fundamental combustion discoveries and design rules we develop around the injection of jets of forced air will also apply to wood-burning cookstoves, which are widely used in the developing world,” MacCarty said.

Collaborating with MacCarty from Oregon State are College of Engineering colleagues Chris Hagen, based at OSU-Cascades in Bend, and David Blunck, plus Shaozeng Zhang, assistant professor of anthropology in the College of Liberal Arts. The team also includes researchers from the Aprovecho Research Center, the Nez Perce tribe, Combustion Consulting Services and Blaze King Industries; it will work with an advisory panel made up of representatives of industry groups, regulatory agencies and regional air quality programs. 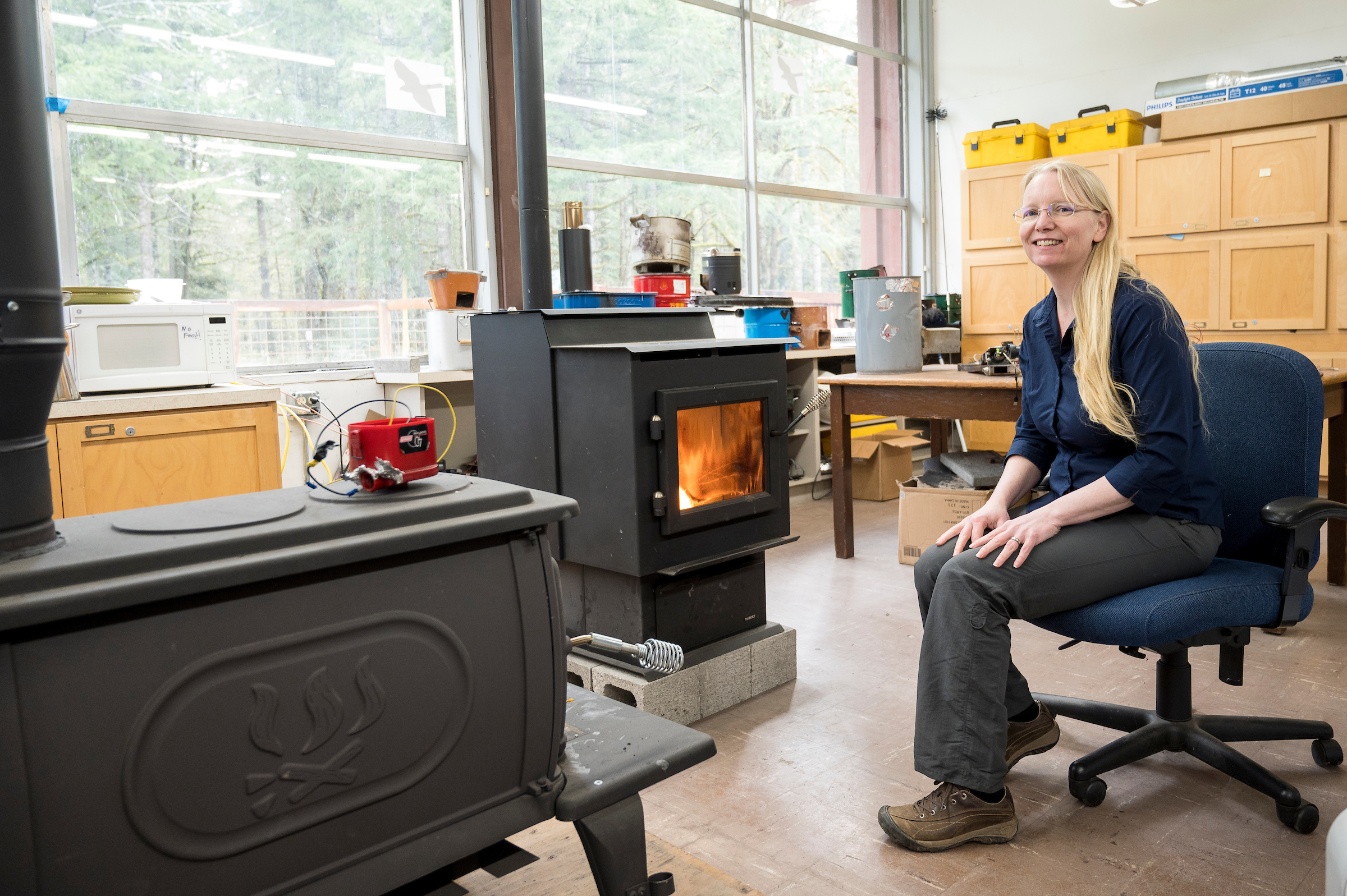