CORVALLIS, Ore. – New digital tools developed by Oregon State University will enable land managers to better adapt to the new reality of large wildfires through analytics that guide planning and suppression across jurisdictional boundaries that fires typically don’t adhere to.

Led by Chris Dunn, a research associate in the OSU College of Forestry with several years of firefighting experience, scientists have used machine learning algorithms and risk-analysis science to analyze the many factors involved in handling fires: land management objectives, firefighting decisions, fire mitigation opportunities and the needs of communities, the environment and the fire management system.

Their findings were published in Environmental Research Letters.

“We have to learn to live with fire,” Dunn said. “There is no forecast or evidence of a future without more fire. If we accept that view, then the question becomes, what kind of fire do we want?”

Now, Dunn notes, “we suppress 97 or 98% of fires such that we experience the 2 or 3% that are really bad, where we have no chance of successful suppression because they’re just so explosive.”

But those numbers over time can be inverted, he says.

“We can choose to have more beneficial fires whose impacts aren’t as consequential and less of those really bad ones, eventually,” Dunn said. “It could ultimately mean more fire, but more of the right kind of fire in the right places for the right reasons.”

Using fire-prone landscapes of the Pacific Northwest as their study areas, Dunn and collaborators developed a trio of complementary, risk-based analytics tools – quantitative wildfire risk assessment, mapping of suppression difficulty, and atlases of locations where fires might be controlled.

That picture makes possible a risk-based planning structure that allows for preplanning responses to wildfires, responses that balance risk with the likelihood of success.

The landscapes used in the study are “multijurisdictional” – i.e., a mix of federal, state and private property – which highlights the shared responsibility of wildfire risk mitigation, Dunn said.

“We’re a couple decades into having really large wildfires here in the American West,” he said. “Fires today are bigger, faster and more intense – we’re really in a new fire reality. We see this issue globally, like the intense fires currently burning in Australia.

“It’s time we step up to the plate with risk-analysis analytics and computing power to complement the experiential knowledge of our fire management service,” Dunn said. “As partners, scientists, managers and communities, we can work together to determine how to best interact with fires now and into the future.”

The models allow for a view of landscapes “through a fire lens outside of fire season, so we can think in advance, plan for them, be more strategic with our fire engagement. Ultimately, we can move toward  better outcomes,” he said.

Before 1910, frequent low-severity surface fires played a key role in maintaining the forests of the mountain regions of the western United States. In the decades since, the fire deficits that resulted from federal policy – in concert with grazing, logging and land-use changes – have caused major structural shifts in older forests as shade-tolerant and fire-intolerant species have moved in.

The policy of fire suppression traces its roots to the Great Fire of 1910, which killed 87 people, destroyed several towns and burned an area roughly the size of Connecticut. The blaze consumed 3 million acres of forest in Idaho, Montana, Washington and British Columbia and resulted in timber losses of an estimated $1 billion.

However, attempting total fire exclusion leads to what researchers and forestry professionals refer to as the “wildfire paradox” – the harder you try to stamp out wildfires, the worse the fires are when you can’t extinguish them.

“The instinct to suppress large fires is a pathology that works against us,” Dunn said. “But with our models and process, these decision tools help diversify our initial response and lead to a default fire response that allows fire to play its ecological role while also providing the risk-reduction benefits of recently burned areas.”

Planning units on a map known as PODs – short for potential operational delineations –summarize risk to inform wildfire response decisions. Their boundaries line up with “high probability control features” – roads, rivers, lakes, canyons, etc. – to help ensure that a response will be successful if launched.

“Suppression is necessary in areas where there are high values at risk, and we can be more successful at doing suppression when it’s needed,” Dunn said. “The fires we need to fight, maybe we can catch them at 500 acres instead of 5,000 if we do planning and management ahead of time instead of when we are chasing the fires.”

Jurisdictional or ownership boundaries rarely align with effective control locations, Dunn said, and thus the PODs highlight areas where partners can work together for shared stewardship.

The computer models generate maps that show “how firefighters see the landscape when they’re engaging a fire,” Dunn said – a visual perspective he hopes can spark a cultural change that will lead to living with fire more constructively.

“Historically, we have zoned landscapes based on timber resources or critical wildlife habitat such as the northern spotted owl,” he said. “Now we have the firefighters’ perspective that we can share with communities, timber companies, NGOs, creating a platform for partners to understand the decisions made by our fire management service. This can foster partnerships to address the fire challenges of today and ultimately provide the best near- and long-term outcomes for our ecosystems and communities.”

Collaborating with Dunn on this project were James Johnston of the College of Forestry and researchers from the U.S. Forest Service, the University of Georgia and Pyrologix, Inc., of Missoula, Montana. 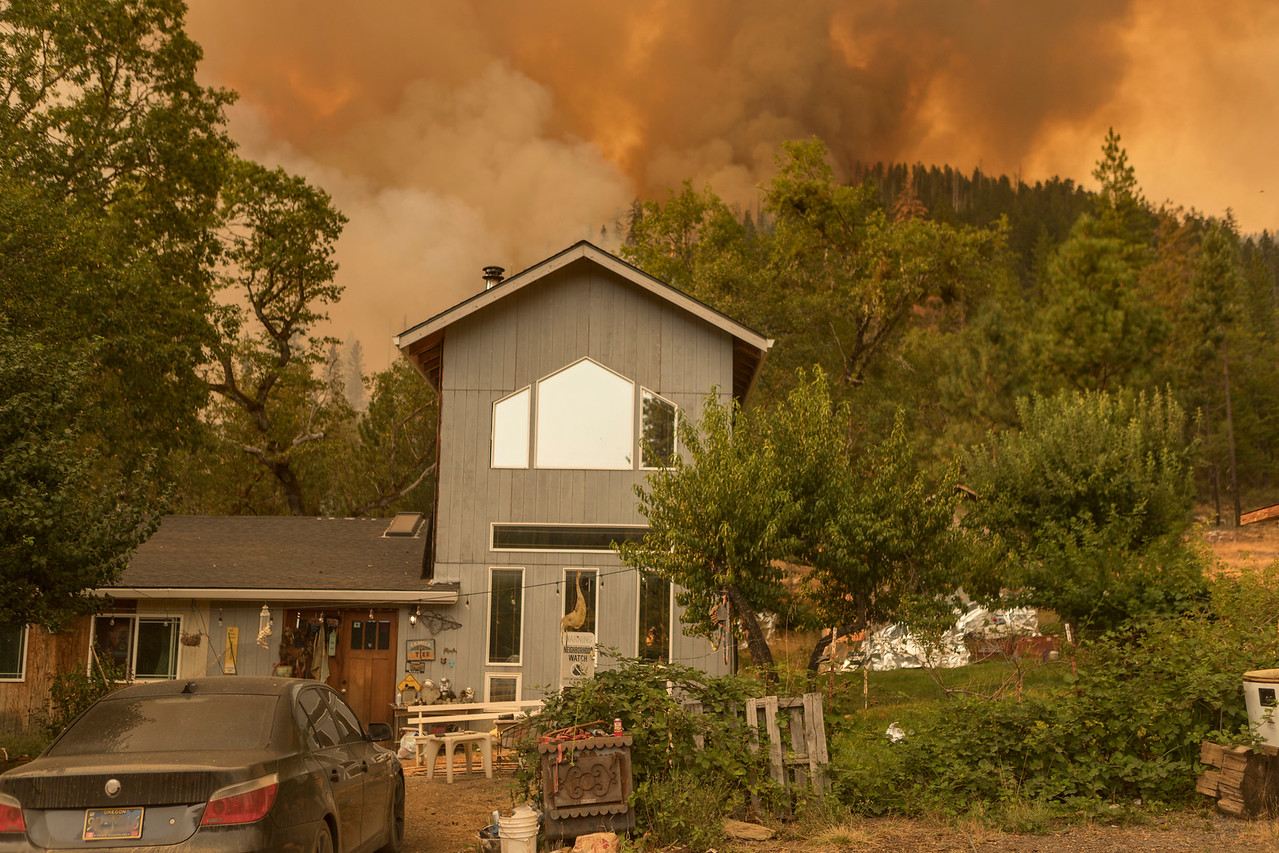 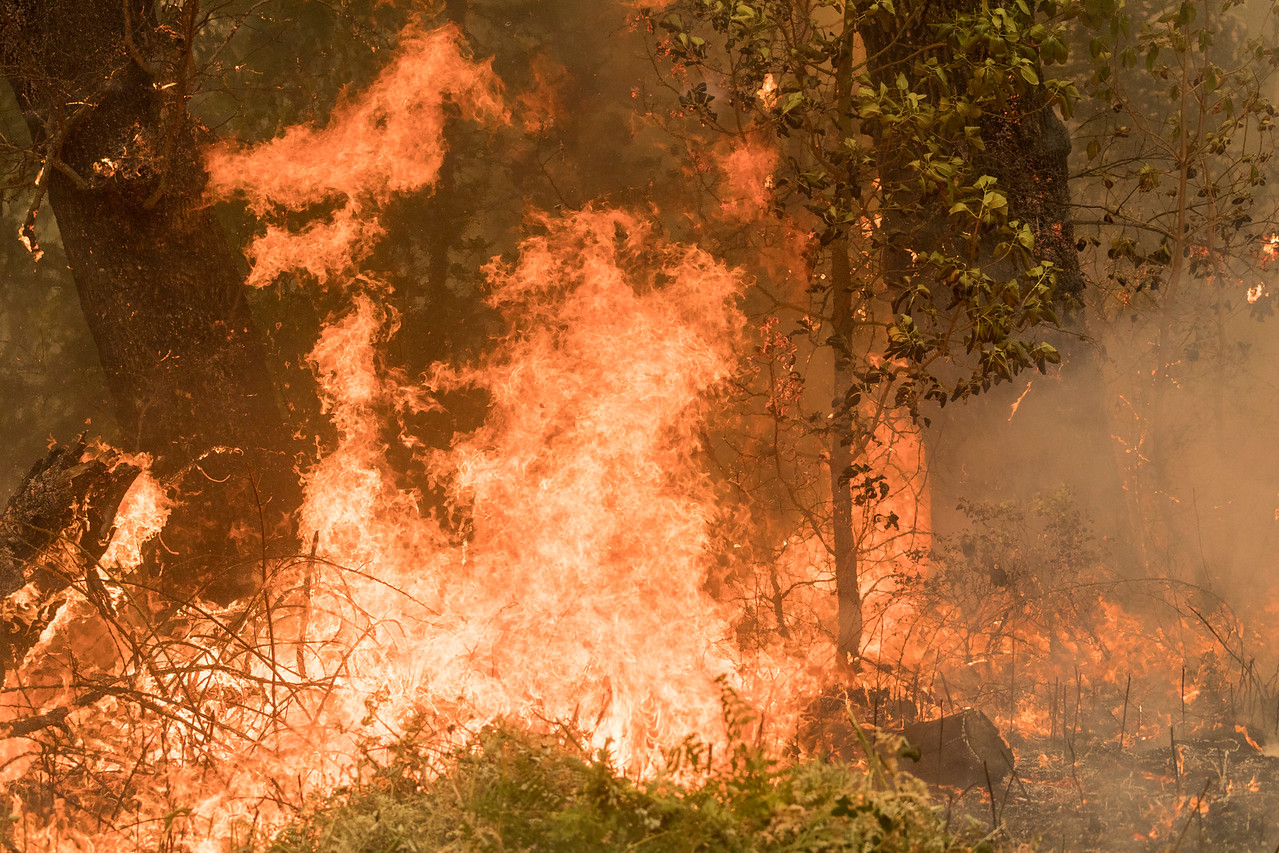