CORVALLIS, Ore. – Oregon State University research into the design of catalysts has shown that hydrogen can be cleanly produced with much greater efficiency and at a lower cost than is possible with current commercially available catalysts.

A catalyst is a substance that increases the rate of a chemical reaction without itself undergoing any permanent chemical change.

The findings are significant because the production of hydrogen is important for “many aspects of our life, such as fuel cells for cars and the manufacture of many useful chemicals such as ammonia,” said the OSU College of Engineering’s Zhenxing Feng, a chemical engineering professor who led the research. “It’s also used in the refining of metals, for producing man-made materials such as plastics and for a range of other purposes.”

Producing hydrogen by splitting water via an electrochemical catalytic process is cleaner and more sustainable than the conventional method of deriving hydrogen from natural gas via a carbon-dioxide-producing process known as methane-steam reforming, Feng said. But the cost of the greener technique has been a barrier in the marketplace.

The new findings, which describe ways to design catalysts that can greatly improve the efficiency of the clean hydrogen production process, were published in Science Advances and JACS Au.

In facilitating reaction processes, catalysts often experience structural changes, Feng said. Sometimes the changes are reversible, other times irreversible, and irreversible restructuring is believed to degrade a catalyst’s stability, leading to a loss of catalytic activity that lowers reaction efficiency.

Feng, OSU Ph.D. student Maoyu Wang and collaborators studied the restructuring of catalysts in reaction and then manipulated their surface structure and composition at the atomic scale to achieve a highly efficient catalytic process for producing hydrogen.

An active phase of a catalyst based on amorphous iridium hydroxide exhibited efficiency 150 times that of its original perovskite structure and close to three orders of magnitude better than the common commercial catalyst, iridium oxide.

“We found at least two groups of materials that undergo irreversible changes that turned out to be significantly better catalysts for hydrogen production,” Feng said. “This can help us produce hydrogen at $2 per kilogram and eventually $1 per kilogram. That’s less expensive than the polluting process in current industries and will help achieve the United States’ goal of zero emissions by 2030.”

The water electrolysis technology for clean hydrogen production that Feng’s group is focused on uses electricity from renewable sources to split water to make clean hydrogen. However, the efficiency of water splitting is low, he said, mainly due to the high overpotential – the difference between the actual potential and the theoretical potential of an electrochemical reaction – of one key half-reaction in the process, the oxygen evolution reaction or OER.

“Catalysts are critical to promoting the water-splitting reaction by lowering the overpotential, and thus lowering the total cost for hydrogen production,” Feng said. “Our first study in JACS Au laid the foundation for us, and as demonstrated in our Science Advances article we now can better manipulate atoms on surface to design catalysts with the desired structure and composition.”

The National Science Foundation supported Feng’s research through the Northwest Nanotechnology Infrastructure site at OSU, and the Department of Energy provided funding as well. 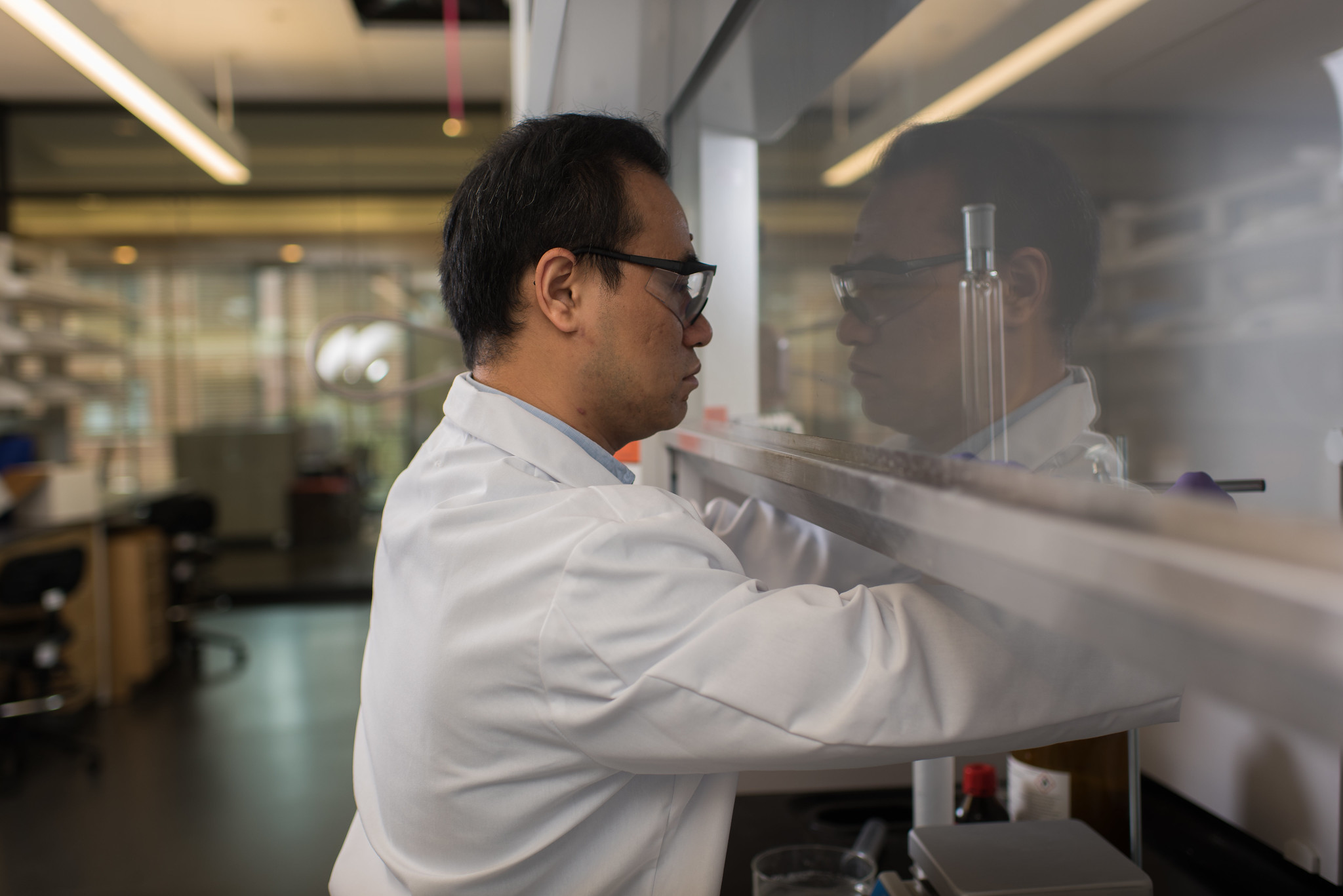