PORTLAND, Ore. – Oregon State University scientists have invented a way to make magnetic nanoparticles that get hotter than any previous nanoparticle, improving their cancer fighting ability.

Faculty from the OSU College of Pharmacy spearheaded a collaboration that developed an advanced thermal decomposition method for producing nanoparticles able to reach temperatures in cancer lesions of up to 50 degrees Celsius, or 122 degrees Fahrenheit, when exposed to an alternating magnetic field.

Findings of the preclinical study led by Oleh Taratula and Olena Taratula were published in the journal Small Methods.

Magnetic nanoparticles have shown anti-cancer potential for years, the scientists said. Once inside a tumor, the particles – tiny pieces of matter as small as one-billionth of a meter – are exposed to an alternating magnetic field. Exposure to the field, a non-invasive process, causes the nanoparticles to heat up, weakening or destroying the cancer cells.

“Magnetic hyperthermia shows great promise for the treatment of many types of cancer,” Olena Taratula said. “Many preclinical and clinical studies have demonstrated its potential to either kill cancer cells directly or enhance their susceptibility to radiation and chemotherapy.”

But at present, magnetic hypothermia can only be used for patients whose tumors are accessible by a hypodermic needle, Oleh Taratula said, and not for people with hard to reach malignancies such as metastatic ovarian cancer.

“With currently available magnetic nanoparticles, the required therapeutic temperatures – above 44 degrees Celsius – can only be achieved by direct injection into the tumor,” he said. “The nanoparticles have only moderate heating efficiency, which means you need a high concentration of them in the tumor to generate enough heat. And numerous studies have shown that only a small percentage of systemically injected nanoparticles accumulate in tumors, making it a challenge to get that high concentration.”

To tackle those problems, the scientists developed a new chemical manufacturing technique that resulted in magnetic nanoparticles with more heating efficiency. They demonstrated in a mouse model that the cobalt-doped nanoparticles will accumulate in metastatic ovarian cancer tumors following low-dose systemic administration, and that when exposed to an alternating magnetic field, the particles can rise in temperature to 50 degrees Celsius.

“To our knowledge, this is the first time it’s been shown that magnetic nanoparticles injected intravenously at a clinically recommended dose are capable of increasing the temperature of cancer tissue above 44 degrees Celsius,” Olena Taratula said. “And we also demonstrated that our novel method could be used for the synthesis of various core-shell nanoparticles. It could serve as a foundation for the development of novel nanoparticles with high heating performance, further advancing systemic magnetic hyperthermia for treating cancer.”

Core-shell nanoparticles have an inner core structure and an outer shell made from different components, she said. Researchers are especially interested in them because of the unique properties that can result from the combination of core and shell material, geometry and design. 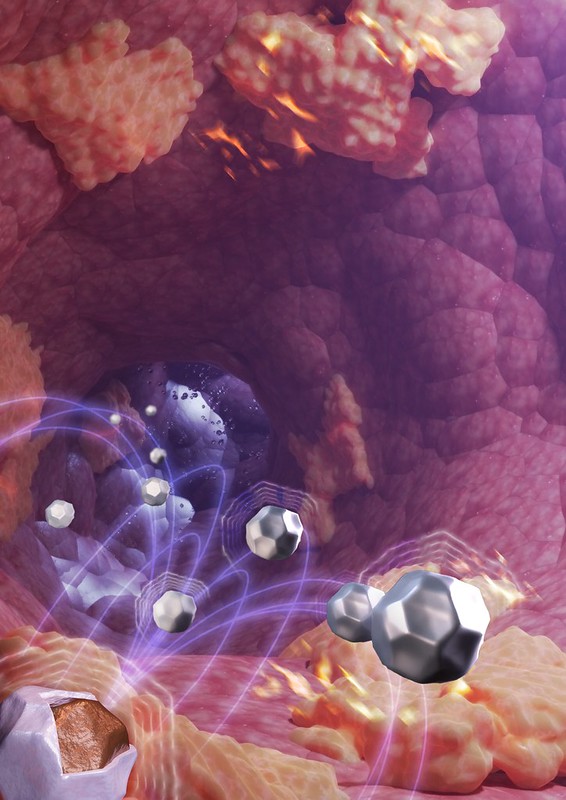