CORVALLIS, Ore. – Students in the Oregon State University College of Engineering have helped the trucking industry get a handle on a longstanding safety problem: drivers slipping and falling while exiting or entering their cab.

Led by Arthur Wells, a master’s student in mechanical engineering researcher John Parmigiani’s Prototype Development Lab, two three-person teams of undergraduate students created an after-market device that gives drivers something to hold onto when getting into or out of their cab.

The five-sided grip, roughly two-thirds the size of a steering wheel, is mounted in the manner of a fence gate under the instrument panel, between the driver and the door.

It’s locked in a position parallel with the cab door when the driver is inside. To exit, the driver needs to release the handle and swing it outward; entering the cab, and closing the door, requires the opposite action.

“I am extremely happy with the results of the project and the approach taken by the students under the leadership of John Parmigiani and Arthur Wells,” said Kary Schaefer, general manager of product marketing and strategy for Daimler Trucks North America, which approached OSU with the project idea in September 2019. “It was great to work with the team and be part of the progress. They took a very complex and important problem, with many potential root causes and scenarios for solutions, broke it down into its basic elements and came up with a design that is simple and cost effective.

“Slip-and-fall accidents are a challenge for fleet operators and truck manufacturers because it takes a combo of design, training and changing driver habits,” she added. “This solution ticks all of those boxes.”

The project exemplifies collaboration among Oregon State, its faculty and students, and an industry partner with global reach, said David Dickson, intellectual property and licensing manager in OSU’s Office for Commercialization and Corporate Development.

“I discussed the project outcomes with Kary and we agreed that the best outcome in regard to IP was to publish and not protect this,” Dickson said. “It’s a safety innovation, and a relatively inexpensive one to implement, so we were most interested in making sure access was broadly available.”

To research the factors behind slip-and-fall accidents, Oregon State students interviewed drivers at Gardner Trucking in Albany, Oregon. Gardner is part of CRST International, a freight company based in Cedar Rapids, Iowa.

After several design iterations, the result was the new handle, which Gardner is in the process of field-testing. Early reviews are sparkling.

“The prototype has been very well received,” said Ken Zelenka, Gardner’s operations manager. “We’re excited to have been a part of the process thus far and are looking forward to continued participation on this project. Slips, trips and falls have been a concern in our industry for decades and are something we’ve worked hard to contain.”

In addition to their potential for injuring drivers, the incidents have economic implications. Industry experts estimate the median overall cost for each one to be $14,000.

Three-points-of-contact training has been the standard in the trucking industry for the past 20 years or so, with good success, Zelenka said. That training calls for drivers to have at least two hands and one foot, or one hand and two feet, in contact with the truck at all times while getting in and out of their cab.

“However, the lack of a mechanical device such as this one being developed has left a gap,” Zelenka said. “Currently a driver could bale, swing or jump out of a cab face first and while doing so put themselves at risk for injury. While we’d like to believe that doesn’t happen, the fact is that it likely does as we do continue to see injuries related to getting in and out of cabs.”

But the prototype, he notes, by its very design forces drivers to use the handle when entering and exiting the cab because of its placement just inside the door.

“It’s simple to use,” Zelenka said. “I’ve used it myself during the teams’ site visits. It requires very little effort; we believe drivers would quickly acclimate to its use.”

“Future work will optimize the design for mass manufacturing, and the project will finish with a manufacturing plan being delivered to Daimler for mass production and implementation,” Wells said. “All OSU had to start with was that truck drivers are being hurt getting into and out of their cabs, so this project will go through an entire product development cycle, all the way to a product launch.” 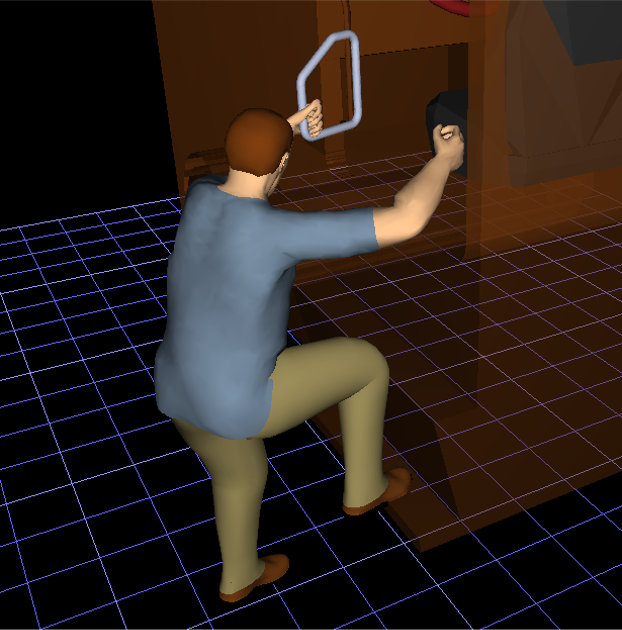