CORVALLIS, Ore. – Forty-five years after the idea was initially proposed, community organizers and leaders at Oregon State University and the city of Corvallis will celebrate the grand opening and dedication of the Madison Avenue Gateway Walk project on May 16.

The newly completed project provides a pedestrian link between downtown Corvallis and Oregon State University, with streetscaping and median improvements along Madison Avenue. The Madison Avenue Task Force, a group of community volunteers and advocates, has worked on the project for the last four decades.

The dedication ceremony will be held outdoors at 4 p.m. May 16 at SW Madison Ave., between NW 9th and NW 11th streets. It is open to the public. Oregon State President Ed Ray and Corvallis Mayor Biff Traber will speak at the event.

“With Oregon State celebrating its 150th anniversary, the completion of this project is a great reminder of the valued connection between the university, the city of Corvallis and community organizations, such as the Madison Avenue Task Force,” Ray said. “I join the city of Corvallis and our community in saluting the leadership, hard work and the perseverance of the Madison Avenue Task Force in bringing this important gateway to completion.”

“The newly completed Gateway Walk is a reminder of the close bond that connects the city of Corvallis and Oregon State University,” Traber said. “The hard work by Madison Avenue Task Force has helped strengthen the relationship between these two organizations to the benefit of everyone in the Corvallis community.”

In 1973, Robert MacVicar, the president of Oregon State University, and Don Walker, the mayor of Corvallis, jointly proposed the idea of making Madison Avenue a pedestrian connection between OSU, downtown Corvallis and the Willamette River.

Madison Avenue was the logical route. The avenue is one of Corvallis' major shopping streets that also goes past City Hall, Central Park, the Arts Center and connects to the Oregon State’s entry gates at N.W. 11th Street. A path from the gates leads to the university's first building, Benton Hall. This route was the traditional connection between the town and the college from the 1890s through the 1950s.

A contest was proposed to generate design ideas and publicize the project. A group of civic leaders, architects, students, residents, neighbors and business owners volunteered to judge the contest. This group evolved into the Madison Avenue Task Force, which began to implement some of the ideas. Steady progress followed.

The dedication is part of OSU150, Oregon State’s 15-month celebration of its 150th anniversary. Events continue through October, including a museum exhibit, “Oregon State University: A Legacy of Transformation” on display through Sept. 9 at the Oregon Historical Society in Portland. 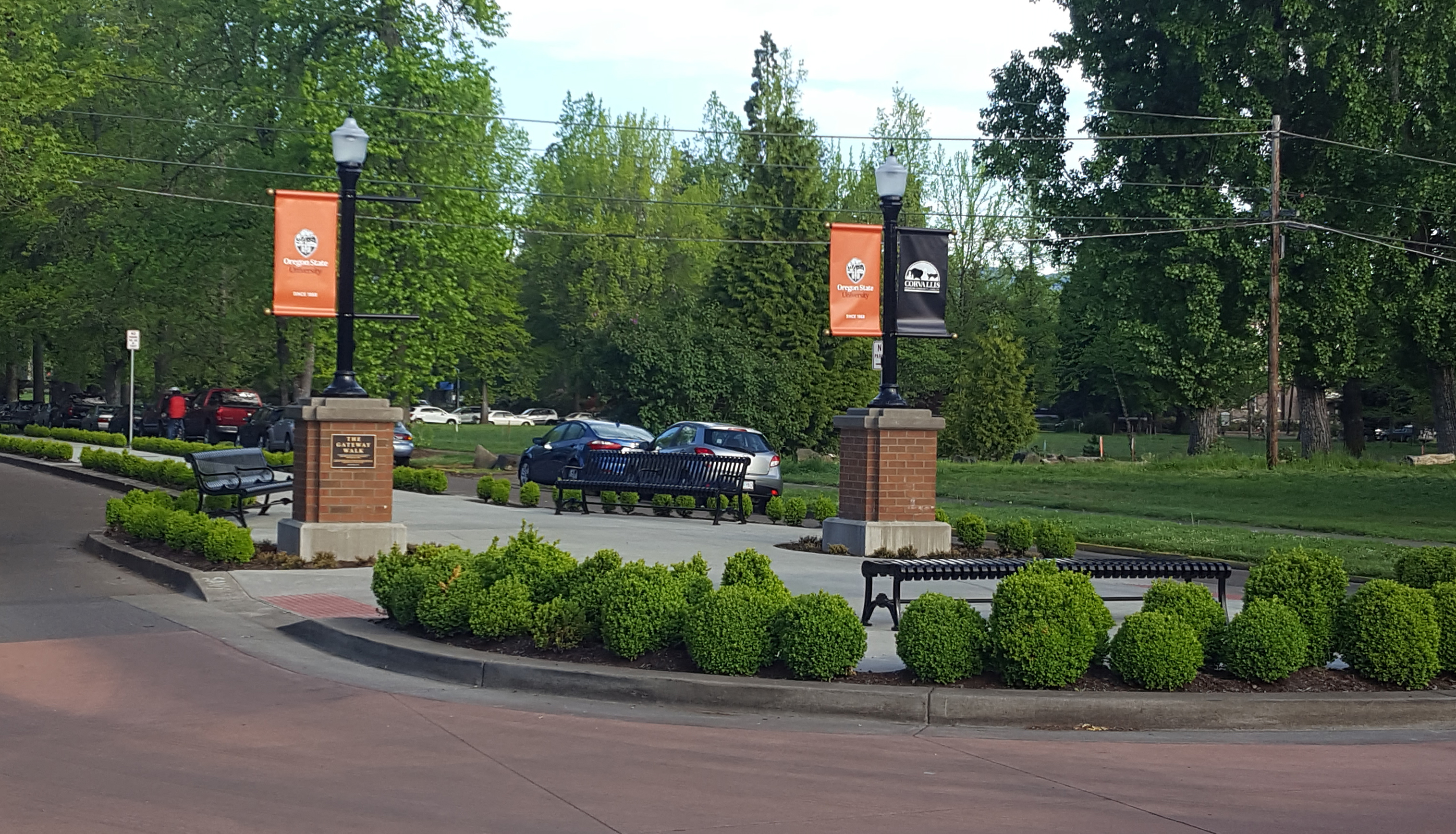