The National Science Foundation selected Oregon State in 2013 to lead the initial design phase for as many as three new vessels, and the National Science Board authorized as much as $365 million for the project. Last summer, the NSF awarded OSU a grant of $121.88 million to launch the construction of the first vessel, which Gulf Island Shipyards, LLC in Louisiana is building and OSU will operate. It was the largest grant in the university’s history.

The company is about to begin physical construction of the OSU-bound vessel, which is scheduled to be delivered to Oregon State in spring of 2021, and fully operational after a year of outfitting and testing.

After receipt of the additional $88 million, the university exercised an option within its contract with Gulf Island to construct and outfit a second ship. NSF is in the process of identifying and selecting an institution to operate this second vessel – likely situated on the Atlantic Ocean or the Gulf of Mexico, according to Demian Bailey, project co-leader for OSU.

“The second ship is expected to be delivered to its operating institution sometime after the fall of 2021,” Bailey said.

The new ships are essential to support near-shore research as the United States and other countries face unprecedented challenges to their coastal waters, said Roberta Marinelli, dean of Oregon State’s College of Earth, Ocean, and Atmospheric Sciences.

“Rising sea levels, ocean acidification, low-oxygen waters or ‘hypoxia,’ sustainable fisheries, and the threat of catastrophic tsunamis are issues not only in the Pacific Northwest, but around the world,” Marinelli said. “These new vessels will provide valuable scientific capacity for better understanding our changing oceans.”

The ships will be equipped to conduct important seafloor mapping, which has become of significant importance following devastating tsunamis triggered by subduction zone earthquakes in Indonesia and Japan. The Pacific Northwest is considered a high-risk region because of the Cascadia Subduction Zone, which has produced numerous major earthquakes of magnitude 8.0 or greater over the past 10,000 years.

Some characteristics of this second new regional class research vessel, which will be almost identical to the first vessel, include:

“This class of ships will enable researchers to work much more safely and efficiently at sea because of better handling and stability, and a suite of advanced sensors for measurements to characterize the atmosphere, ocean water and seafloor,” said Clare Reimers, a professor in the College of Earth, Ocean, and Atmospheric Sciences and project co-leader.

“They will have real-time data connectivity to shore and more capability for over-the-side operations. The design also has numerous ‘green’ features, including an optimized hull form, waste heat recovery, LED lighting and variable speed power generation.”

Bailey said a full year of testing is necessary before the new ships will be ready for scientific expeditions.

“It’s not like rolling a new car off the showroom floor,” he said. “With vessels this large and complex, and with an array of scientific instrumentation, inevitably some things will go wrong. It’s an arduous process to go through, but important because these ships will be the most advanced of their kind in the country, and we expect them to be operational for 40 years or longer.” 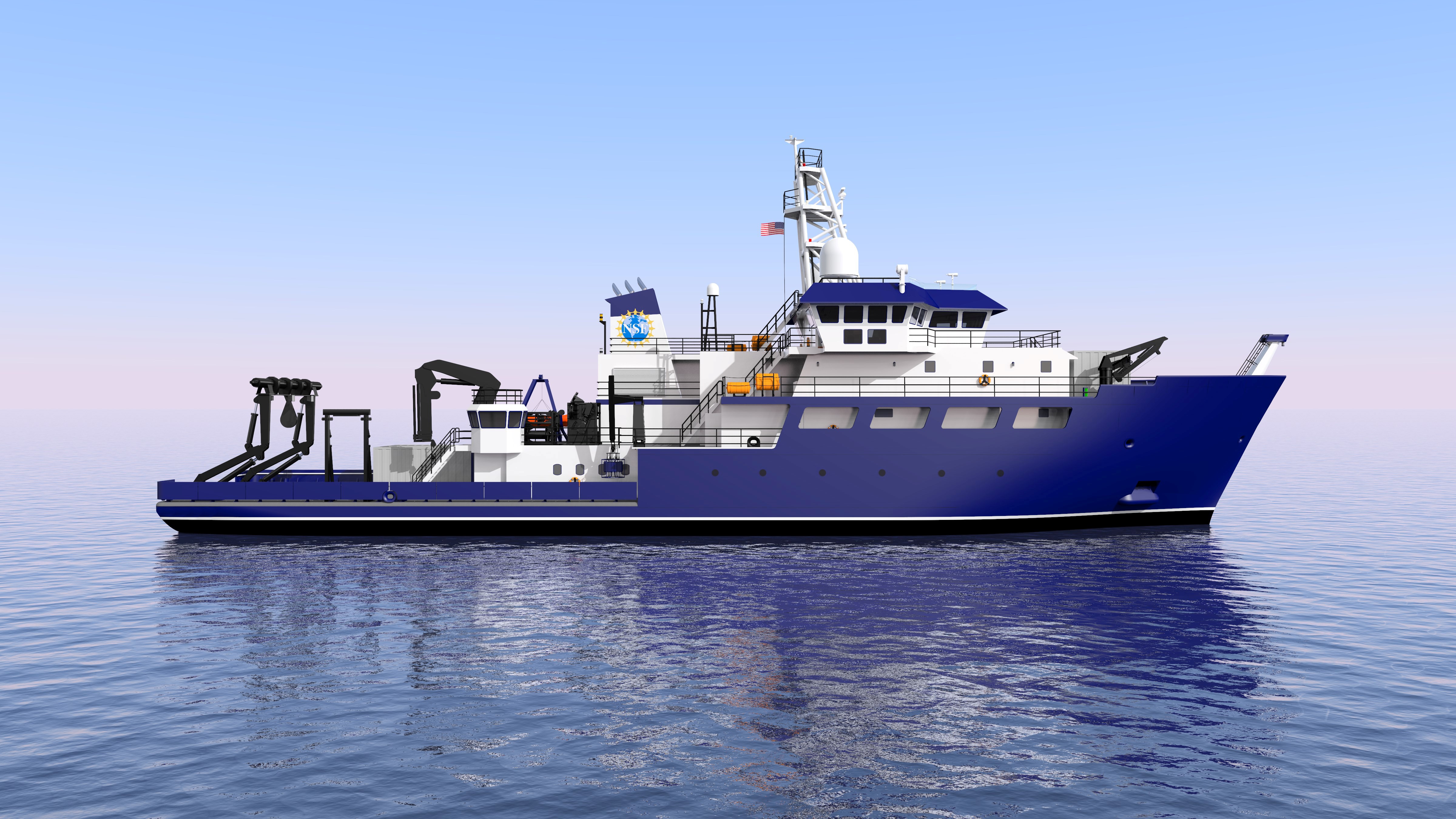