PORTLAND, Ore. – Research by Oregon State University has uncovered a potential new therapy for pancreatic cancer, whose survival rate is among the lowest of all malignancies.

About one person in 64 will be diagnosed with pancreatic cancer, according to the American Cancer Society. The pancreas is an abdominal organ that regulates blood sugar and also helps with digestion.

Pancreatic ductal adenocarcinoma, usually abbreviated to PDAC, is responsible for more than 90% of pancreatic cancer cases, said Adam Alani of the OSU College of Pharmacy, who led the preclinical study. Just 11% of PDAC patients live for at least five years after their diagnosis, he said.

“PDAC is rarely diagnosed early enough for surgical resection to be a realistic option,” Alani said. “There aren’t markers for early detection. The molecular and cellular features of the tumors are aggressive and have multiple levels of therapeutic resistance. We need new treatments and are very excited by the promise our findings show.”

PDAC tumors present myriad challenges to treatment. Like other solid tumors they feature regions of hypoxia, where the concentration of oxygen in the tissue is low; hypoxic cancer cells grow slowly, making them less susceptible to the drugs prescribed to kill or damage them.

“The approach that we took in this work is to exploit the physiology of PDAC being a highly hypoxic tumor,” Alani said. “We used a hypoxia-activated drug as a targeting strategy; such an approach can result in a better safety and efficacy profile for PDAC patients. Our findings are a strong foundation for the strategy’s clinical application.”

Alani and collaborators at Oregon State and Oregon Health & Science University, including global pancreatic cancer experts Brett Sheppard and Rosalie Sears, used microfluidic cartridges to build a lipid-based nanocarrier into which a PDAC “prodrug” could be loaded.

A prodrug is a pharmacologically inactive compound that the body metabolizes into an active drug. In this research the liposome, as lipid-based drug delivery platforms are known, was loaded with the prodrug vinblastine-N-oxide, developed by Cascade Prodrug Inc. of Eugene, Oregon.

When activated by hypoxia, vinblastine-N-oxide, often referred to as CPD100, converts to the drug vinblastine, a microtubule inhibitor used to kill cancer cells.

On its own, CPD100 has less than optimal efficacy because of how fast the body clears it from the system – it has a half-life of less than 30 minutes. Loading it into a liposome, though, can increase its half-life by more than a factor of 10.

In this study, the scientists found that liposomal CPD100 outperformed regular CPD100 in cancer cell cultures.

The researchers also did testing in an animal model in which mice with pancreatic cancer were divided into six treatment groups, with mice receiving either regular CPD100; liposomal CPD100; vinblastine; gemcitabine, or GEM, a standard-of-care drug for PDAC patients; liposomal CPD100 plus GEM; or no treatment.

The tumor in mice treated with liposomal CPD100 and liposomal CPD100 plus GEM showed a statistically significant decrease in weight compared to the untreated mice, the GEM-only animals and the vinblastine mice.

“We have also shown that our approach can remodel the pancreas stroma, which has been correlated with PDAC prognosis and progression,” Alani said.

Stroma is connective tissue just below an organ’s surface and helps hold the other parts of the organ together. It consists of cells, many of them a type known as fibroblasts, that give the tissue its strength and shape. Stroma also includes blood vessels that carry nutrients and lymphatic channels that remove waste and excess fluid.

Stroma’s microscopic appearance changes in response to injury or cancer, taking on an appearance pathologists refer to as desmoplasia. The stroma associated with PDAC has multiple features that makes it a microenvironment in which pancreatic cancer cells can thrive and from which they can easily metastasize; remodeling the stroma has the potential to make life more difficult for those cancer cells.

Findings were published in Pharmaceutics.

The College of Pharmacy, the Oregon Nanosciences and Microtechnology Institute, Cascade Prodrug Inc., the Brenden-Colson Center for Pancreatic Care and the Oregon Pancreas Tissue Registry supported this research. 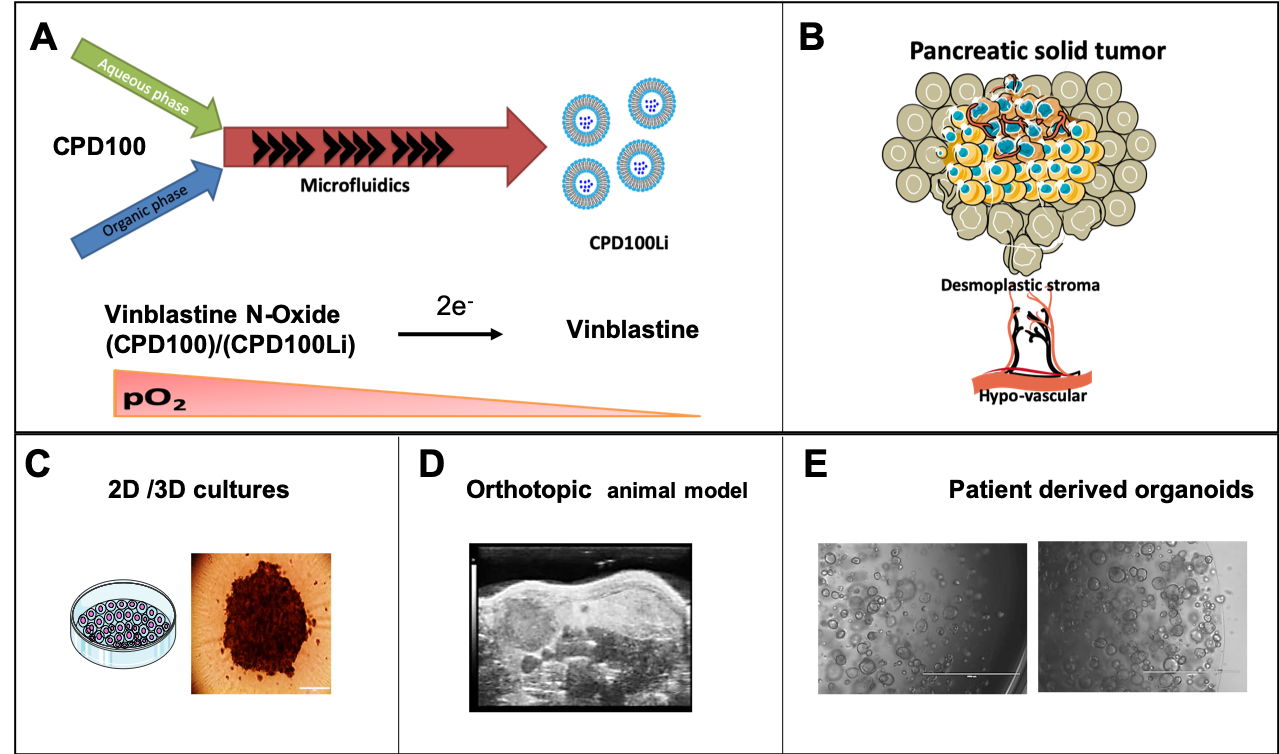