CORVALLIS, Ore. – Chicago blues artists Ronnie Baker Brooks and Billy Branch will perform at the next American Strings program at 7:30 p.m. on Wednesday, Feb. 12, at the Majestic Theatre.

With Brooks on the guitar and Branch on the harmonica, the two artists are continuing the musical tradition rooted in 1950s Chicago and popularized by artists like Willie Dixon, Buddy Guy and B.B. King. The style is characterized by heavy guitar and harmonica and often accompanied by saxophone, electric bass, drums and piano.

Brooks, heralded as “blues royalty” by blues journalist David Brais, is the son of Chicago blues legend Lonnie Brooks. The pair performed and recorded together for years, and Ronnie Brooks has continued to have a successful career of his own.

Branch is a three-time Grammy Award nominee and will be inducted into the Blues Hall of Fame later this year. He has more than 250 recordings to his name, including solo ventures and collaborations with artists such as Keb Mo, Johnny Winter, Koko Taylor and Taj Mahal.

Hosted by OSU Director of Popular Music and Performing Arts Bob Santelli, each American Strings performance includes a conversation and audience Q&A afterward, making for a unique opportunity to learn about a variety of genres from across the American music tradition. The performance is co-sponsored by the College of Liberal Arts at Oregon State University and the Majestic Theatre.

Tickets for the event are $20 in advance or $25 at the door. They are available online through the Majestic’s website, and in person at the Majestic Theatre box office, 115 SW Second St. 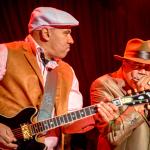 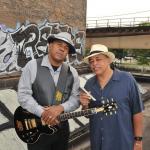