CORVALLIS, Ore. – Jesse Colin Young, best known as the singer of the 1960’s pop rock anthem, “Get Together,” will appear at 7:30 p.m. Wednesday, Feb. 20, in Corvallis. Young’s performance is part of the American Strings series presented by the College of Liberal Arts at Oregon State University.

Young will perform and speak at the event, hosted by Bob Santelli, OSU Director of Popular Music and Performing Arts. The show will be held in the Majestic Theatre, 115 SW 2nd St., Corvallis.

Young, a solo artist and member of the band, The Youngbloods, recorded “Get Together,” a now-legendary song of the peace movement.

“Get Together” appeared on their 1967 debut album and was re-released as a single in 1969, after the refrain of “Come on people now, smile on your brother” was used as the television theme for the National Council of Christians and Jews. “Get Together” has been heard over and over in commercials, on television and in the movies, including in the soundtrack of the movie, “Forrest Gump.”

Young’s song “Darkness Darkness” was the theme song for the James Cameron movie “Ghosts of the Abyss” in 2003. A cover of that song by Robert Plant won the Grammy for Best Rock Vocal in 2003.

During the 1970's, Young helped establish the "No Nukes" movement. He closed the 1979 "No Nukes" concert singing “Get Together,” joined by Jackson Browne, Stephen Stills, and Graham Nash. Throughout the 1980's, Young toured as a solo artist, often appearing at fundraisers for organizations.

Young has also been an organic coffee farmer for more than 25 years. With his wife, Connie, Young owns a certified organic, six-acre coffee farm in the Kona, Hawaii, coffee belt.

The American Strings series brings renowned artists from around the U.S. to Corvallis and Oregon State University for an in-depth look at how and why stringed instruments play such a profound role in American music. 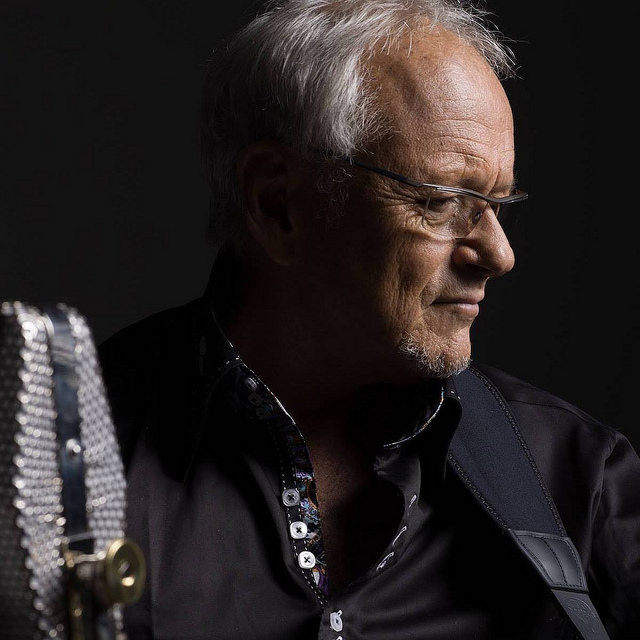