The webcast event is part of CLA’s American Strings Series. Hosted by OSU Director of Popular Music and Performing Arts Bob Santelli, each segment of American Strings is comprised of a conversation and solo performance by artists from a variety of genres.

Copeland blends blues, R&B and Americana into her own sound. Her new album “Uncivil War” was recently nominated for five Blues Music Awards, including Song of the Year. It builds on the musically and lyrically adventurous territory she’s been exploring for over a decade, tackling the problems of American life with nuance, understanding and a demand for change. It also brings Copeland’s R&B fire to songs more personal than political.

A three-time Grammy Award nominee, Copeland has performed all over the world and has appeared in films, television, radio and print media since beginning her recording career in 1998 at age 18. She has sung with Eric Clapton, Bonnie Raitt, Keith Richards, Carlos Santana, John Prine, Dr. John and more. In 2012, she performed with B.B. King, Mick Jagger, Buddy Guy, Trombone Shorty, Gary Clark, Jr., and others at the White House for the Obamas. She also hosts her own popular daily blues radio show on SiriusXM’s “Bluesville.”

Chicago Tribune jazz critic Howard Reich called Copeland “the greatest female blues vocalist working today,” and said she pushes the genre forward, “confronting racism, hate, xenophobia and other perils of our time.” The Philadelphia Inquirer wrote that she is an “antidote to artifice” and “a commanding presence, a powerhouse vocalist delivering the truth.”

This American Strings webcast is free to view, but registration is required. To register and receive your link to view online, go to: https://beav.es/Jdz. 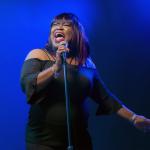 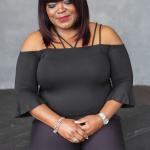