CORVALLIS, Ore. – An Oregon State University professor who moonlights as the creator of the “Lord Birthday” cartoons is publishing his first book collection.

A lightly satirical take on the self-help book, “How To Appear Normal at Social Events” features oddball wisdom presented as illustrated lists and single panel comics. The 120-page book, published by Andrews McMeel, goes on sale today at bookstores and online.

It is drawn and written by Chad Murphy, an assistant professor of management in OSU’s College of Business. The book includes some of Murphy’s most popular original work as well as 27 new pieces.

The cartoons – or poemcomics, as Murphy sometimes calls them, since their humor tends to reside in the nuances of the text – are dry, without a ready punchline, often bizarre and sometimes a little bit sweet. The tone is reminiscent of Monty Python, Jack Handey’s “Deep Thoughts,” “The Far Side” and “Sarah’s Scribbles.”

“The pieces aren’t purely ridiculous,” he said. “In many cases, I’m trying to use the form to hopefully say something sincere and meaningful, too.”

Lord Birthday is inspired by various aspects of Murphy’s life, including his conservative religious upbringing; his work as a teacher; his interest in short fiction by George Saunders and Donald Barthelme; and sensibility and syntax influenced by two years spent as a missionary in southern Japan.

Murphy began making these illustrated oddities – using “Lord Birthday” as his pseudonym – in the fall of 2015, initially posting them on Instagram anonymously and later on Facebook and on GoComics.com. The Lord Birthday Instagram account quickly developed a following that has grown to about 180,000 people.

Murphy said that he believes he was able to develop his creative voice in part because Oregon State, and Oregon in general, offer a sense of openness or willingness to allow people to be their whole selves.

“Exploration of one’s self, one’s interests and ideas, is part of the value system here,” he said. “Thinking outside the box is acceptable and encouraged. I think that gave me the mental space to allow these other creative ideas to come out.”

The anonymity began to take its toll, though, so last summer as Murphy was working on the book, he unmasked Lord Birthday and revealed his identity during an episode of NPR’s “Invisibilia” program. For Murphy, a weight was lifted.

“I’m just trying to lean into this part of who I am,” he said. “I’m trying to not be too concerned about it, honestly. I’ve come to terms with the fact that Lord Birthday is, in some strange way, a pretty good reflection of some deep part of me.”

Murphy is the son of two-time Major League Baseball National League most valuable player Dale Murphy. He grew up in Atlanta, the oldest of eight children. He was raised Mormon but is not currently active in the church. He and his wife live in Corvallis with their four children.

As a college student, Murphy was drawn to the humanities, earning a bachelor’s degree in Japanese from Brigham Young University, then a master’s in humanities with a concentration in comparative literature from the University of Chicago. He considered pursuing further graduate work in comparative literature, but he landed in a doctoral program in management and organization at Penn State.

After completing his doctorate, he accepted a job at OSU in 2014. Murphy’s father grew up in Portland, his aunt attended OSU and his grandparents currently live in Hillsboro, so taking the job at OSU brought him back to a familiar place.

At OSU, Murphy teaches classes in organizational behavior and does research on cognition in organizations – an effort to understand how people make sense of their work and craft their identities around the work they do.

“A lot of my research is about well-being -- how organizations can structure work and people’s experiences at work so that they can find meaning and identity and satisfaction in their jobs,” Murphy said. “There’s an element of my research that has played a role in my own identity explorations around Lord Birthday, too, which is something I’ve realized only after the fact.” 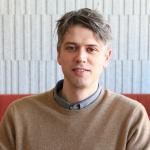 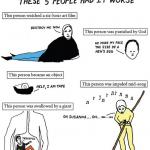 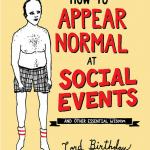