CORVALLIS, Ore. – Faculty in the Oregon State University College of Forestry will team up with Pacific Northwest Tribal nations on a three-year forest restoration effort whose goal is to improve the resilience of the region’s woodlands to climate change through Traditional Ecological Knowledge.

The U.S. Department of the Interior is funding the $5 million pilot project, which will include collecting the seeds of culturally and ecologically significant plants on Bureau of Land Management lands.

“We will also be assessing soil processes and forest understory and overstory structure, as well as wildlife habitat,” said Cristina Eisenberg, the college’s new associate dean for inclusive excellence and director of tribal initiatives. “All work will be done using TEK best practices, and we want this to become part of a longer-term project.”

“We will engage each of these Tribal nations individually, co-creating partnerships that best reflect their unique community needs,” Eisenberg said. “The BLM is giving us the flexibility to adapt our project to best meet the needs of our partners.”

Traditional Ecological Knowledge is the accumulation of information, practices and beliefs about relationships and environmental functions, including all elements, species and processes within ecosystems, said Eisenberg, a first-generation Latinx and Native American (Apache and Rarámuri) scholar who holds a doctorate from the College of Forestry.

TEK is acquired over multiple Indigenous generations through direct contact with the environment, she said. It is used in life-sustaining pursuits such hunting, fishing, trapping, agriculture and forestry and as a means of assessing environmental health. TEK also encompasses the world view of Indigenous peoples, she added, including ecology, spirituality and human, plant and animal connections.

“We want to engage and empower tribal youth to help find solutions to the pressing conservation problems we are facing in Oregon and beyond,” Eisenberg said. “A goal is to provide as many job and educational opportunities as possible for tribal youth within the college. We also hope to foster a tribal seed-growing business, to build on work that has already done by some Tribal nations, and we will cocreate an ecocultural restoration plan for federal land.”

Co-principal investigators on the grant include soil scientist Tom DeLuca, the Cheryl Ramberg-Ford and Allyn C. Ford Dean of the College of Forestry; Chris Dunn, a fire ecologist in the college; restoration ecologist Tom Kaye, director of the Institute for Applied Ecology; and soil scientist Si Gao of Sacramento State University.

“We’ll follow the Department of the Interior’s National Seed Strategy and Plant Conservation and Restoration Program protocols to collect the seeds,” Eisenberg said. “The data collected will not be made publicly available without permission of the Tribal nations involved.”

Non-tribal partners include Forest Bridges and the Society for Ecological Restoration. 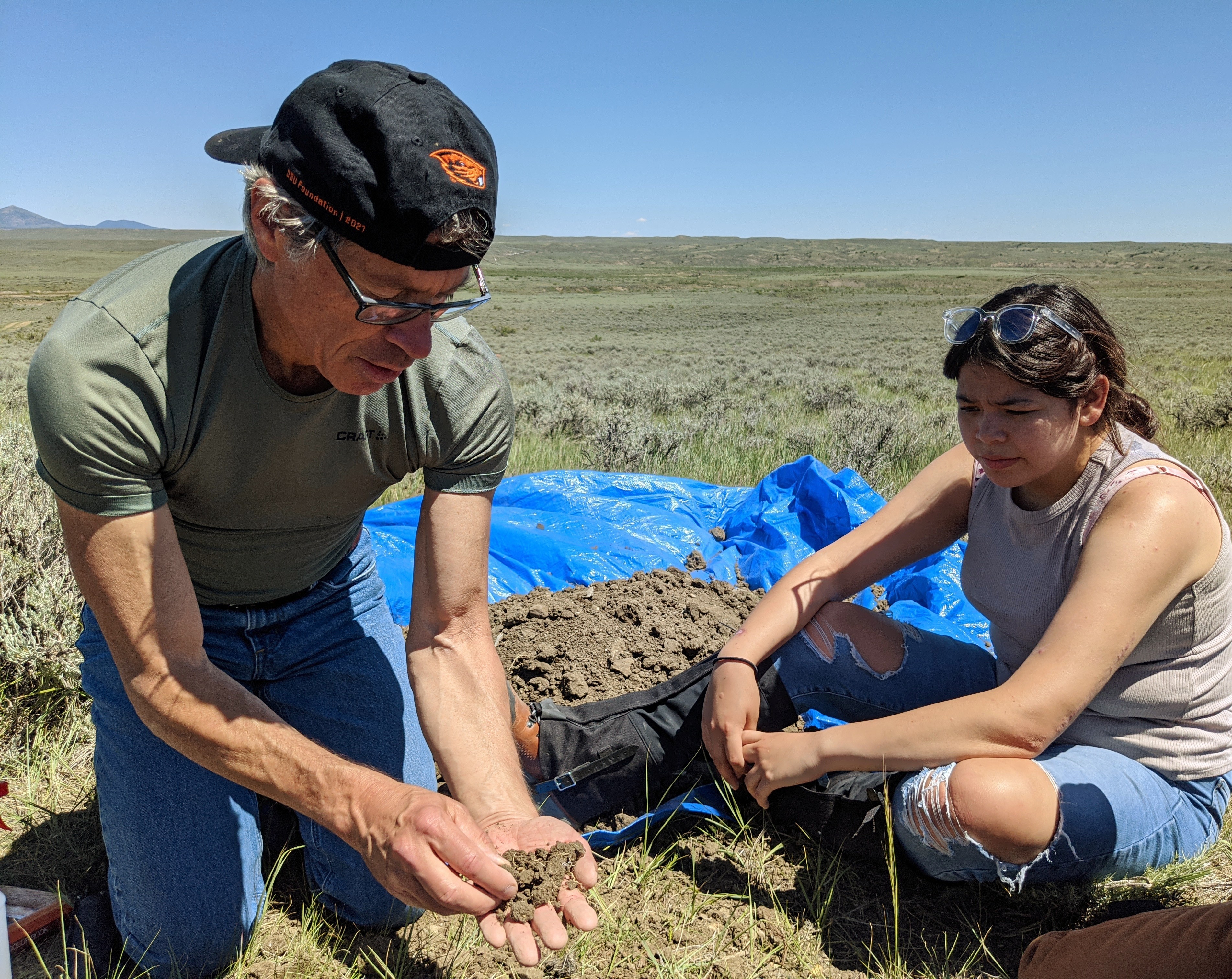