“Jon Boeckenstedt is nationally known as an expert in enrollment management and as an extraordinary partner among high school and community college advisers in enabling students to enroll and succeed in four-year colleges and universities,” Feser said. “Jon’s arrival at OSU further emphasizes the university’s commitment to improve the opportunity for learners of all ages to attend Oregon State and receive a high-quality and affordable education.”

Boeckenstedt comes to Oregon State from DePaul University in Chicago, where he served as associate vice president for enrollment management and marketing. Boeckenstedt started at DePaul in 2002, and his portfolio has included undergraduate admission, recruitment and enrollment of more than 5,000 new undergraduate students annually.

He was among the first to present on the concept of branding higher education institutions and is the author of a chapter on college admissions for the recently published book, “Contemporary Colleges & Universities: A Reader.”

Boeckenstedt writes two blogs, one dealing with college admissions, the other on data in higher education.

Prior to his time at DePaul, Boeckenstedt was dean and later vice president of enrollment management at St. Bonaventure University and also served at Mount Mercy College, Grinnell College and the University of Dallas.

Boeckenstedt earned a Bachelor of Arts in English literature from Loras College in Dubuque, Iowa, and a master’s degree in management and marketing from the University of Maryland University College.

Noah Buckley, admissions director at Oregon State since 2011, had been serving as interim associate provost for enrollment management since May 2018 following the retirement of Kate Peterson. Buckley will return to his role as admissions director upon Boeckenstedt’s arrival. 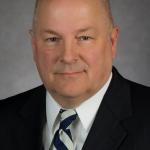