CORVALLIS, Ore. – The partisan politics frequently seen in Washington, D.C. were also apparent in Oregon during the late 20th century, as many of the state’s most important laws were launched via the initiative process rather than by lawmakers.

Just how and why that happened is the focus of the new book, “Governing Oregon: Continuity and Change,” which has been published by the Oregon State University Press. The book is available in bookstores, by calling 1-800-621-2736, or online at http://osupress.oregonstate.edu.

“The book offers insight into the people, political practices, governing institutions and public polices of Oregon,” said Marty Brown, marketing manager for the OSU Press. “It will be of tremendous value to political scientists, public servants and engaged citizens alike.”

“Governing Oregon” explores the state’s political parties, the news media, local governments, the judicial branch, Native American tribes, budgeting, education, social policy and other issues to help explain the dynamic shift for bitter partisanship to a more civil – and prosperous – beginning in the 21st century. It also touches on a variety of policy issues, including environmental, energy, health and social matters.

“The authors and editors point out that changes in the political landscape coincided with significant transformation in Oregon’s economy and cultural life,” Brown said. “By 2014, Oregon had one of the fastest-growing economies in the nation, and our population grew in both size and diversity.

“Other aspects of Oregon political life remain unchanged, however, including the deep urban-rural divide and the state’s problematic fiscal system.”

A copy of “Governing Oregon” has been provided to all members of the Oregon House of Representatives and the Oregon Senate through a grant from the U.G. Dubach Chair in Political Science endowment at Oregon State University. 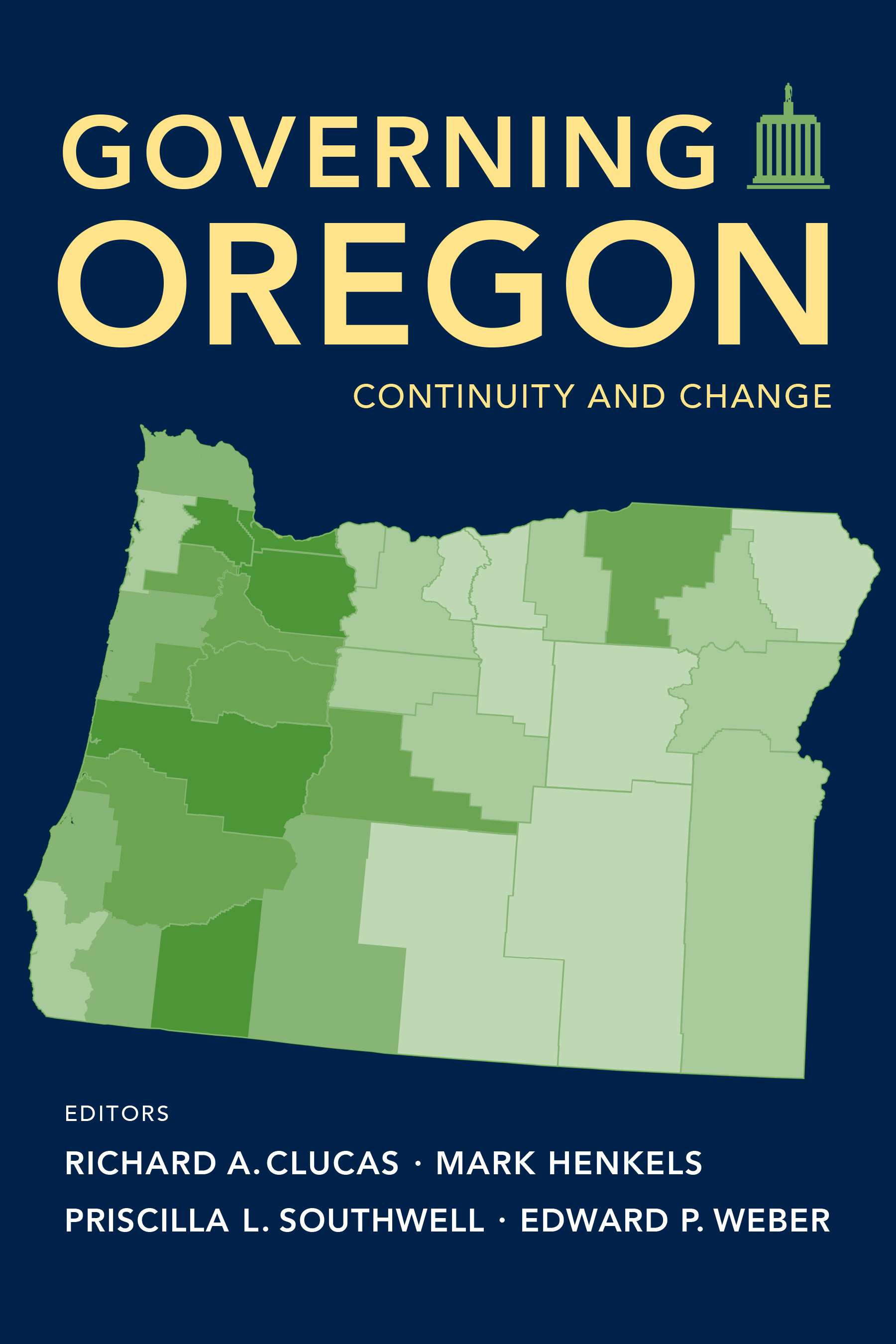