CORVALLIS, Ore. — In the aftermath of the 2016 presidential election, political pundits and commentators often pointed to the Democratic Party’s focus on “identity politics” as one of the reasons Hillary Clinton lost.

But in the intervening four years, as public opinion has shifted and party lines have become more calcified, specific race-based discussions have become less of a perceived liability and more a necessity to energize a party’s base.

“I don’t think race can be ignored in the same way it has been in the past, because of all the things going on with social movements,” said Stout, an associate professor of political science in OSU’s College of Liberal Arts. “I also don’t think there’s the disincentive to pay attention to race that there was in the past.”

Until recently, conventional wisdom held that appealing specifically to racial groups by discussing issues pertinent to them will drive middle-of-the-road white voters to vote for the opposing party.

“There were numerous articles that came out after 2016 saying Clinton lost because she focused too much on racial and ethnic politics. I thought the problem was she didn’t mobilize progressives enough,” he said.

As the Democratic Party has become more aligned with progressive racial policies, previously Democratic or swing voters who feel those policies threaten their way of life have permanently moved to the Republican Party, and the number of undecided or swing voters in the middle has shrunk.

“Voters that would support Democratic candidates, because they’re the candidates most likely to talk about these issues, want their politicians to talk about race and inequality,” he said. “Voters who don’t like Democratic politicians aren’t going to vote for them, regardless of the rhetoric, whereas in the past they used to be able to bring these voters over.”

Stout wrote his book to be accessible to anyone thinking about politics in 2020, whether they’re workers on political campaigns, social scientists studying the state of American politics or members of the public interested in the process from a lay perspective.

“The Case for Identity Politics” from the University of Virginia Press is now available in hardcover through all major booksellers. 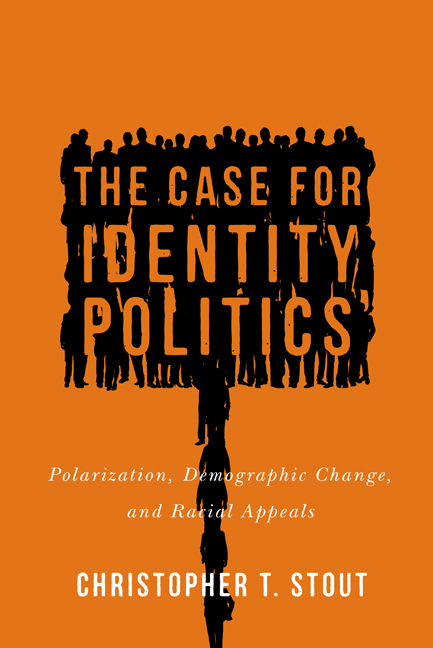