CORVALLIS, Ore. – Oregon State University issued a request for design and construction proposals Monday as the next step in the university’s feasibility analysis of completing Reser Stadium by modernizing the stadium’s westside.

Reser serves as home to the university’s football stadium. The westside stadium was constructed in 1967 and was remodeled in 1991. Modernizing the westside of the stadium would complement significant additions to the north and eastside features of the stadium completed over the past 15 years.

OSU Athletics officials estimate completing the stadium will cost $145 to $175 million. If constructed, the project would not be supported by student tuition, state appropriations or state-paid bonds, but would be funded by donor gifts designated for completing Reser, revenue from premium seating, sponsorships and other stadium services, and a possible public-private partnership.

If awarded, the initial work associated with design-build services will be for design and pre-construction services only, said Scott Barnes, OSU athletic director and vice president of intercollegiate athletics.

“We are excited about this next step in evaluating the feasibility of completing Reser Stadium,” Barnes said. “We are seeking proposals from the nation’s best firms as it regards design, constructability reviews, concepts for value engineering, estimating, phasing the project’s completion and pricing.”

Seeking design-build proposals is but one step in the evaluation process of completing Reser Stadium, Barnes said.

“We imagine that this project would ‘right-size’ seating within Reser Stadium.”

The deadline for proposals to be received by the university is Feb. 20. 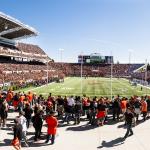 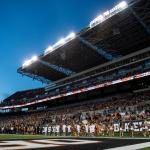 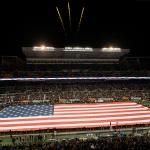