CORVALLIS, Ore. – Carbon dioxide can be harvested from smokestacks and used to create commercially valuable chemicals thanks to a novel compound developed by a scientific collaboration led by an Oregon State University researcher.

Published in the Journal of Materials Chemistry A, the study shows that the new metal organic framework, loaded with a common industrial chemical, propylene oxide, can catalyze the production of cyclic carbonates while scrubbing CO2 from factory flue gases.

Carbon dioxide, a greenhouse gas, results from burning fossil fuels and is one of the primary causes of climate change. Cyclic carbonates are a class of compounds with great industrial interest, meaning the findings are a boost for green-economy initiatives because they show useful products such as battery electrolytes and pharmaceutical precursors can be derived from the same process deployed to clean emissions from manufacturing facilities.

The new, three-dimensional, lanthanide-based metal organic framework, or MOF, can also be used to catalyze cyclic carbonate production from biogas, a mix of carbon dioxide, methane and other gases arising from the decomposition of organic matter.

A catalyst is a substance that increases the rate of a chemical reaction without itself undergoing any permanent chemical change, and lanthanides are a group of soft, silvery-white metals whose applications range from night vision goggles to flints for cigarette lighters.

Examples of lanthanides include cerium, europium and gadolinium.

“We’ve taken a big step toward solving a crucial challenge associated with the hoped-for circular carbon economy by developing an effective catalyst,” said chemistry researcher Kyriakos Stylianou of the OSU College of Science, who led the study. “A key to that is understanding the molecular interactions between the active sites in MOFs with potentially reactive molecules.”

A MOF is an inorganic-organic hybrid, a crystalline porous material made up of positively charged metal ions surrounded by organic “linker” molecules, in this case lanthanide metals and tetracarboxylate linkers.

The metal ions make nodes that bind the linkers’ arms to form a repeating structure that looks something like a cage; the structure has nanosized pores that adsorb gases, similar to a sponge. MOFs can be designed with a variety of components, which determine the MOF’s properties.

Lanthanide-based materials are generally stable because of the relatively large size of lanthanide ions, Stylianou said, and that’s true as well with lanthanide MOFs, where the acidic metals form strong bonds with the linkers, keeping the MOFs stable in water and at high temperatures; that’s important because flue gases and biogas are hot as well as moisture rich.

The lanthanide MOFs are also selective for carbon dioxide, meaning they’re not bothered by the presence of the other gases contained by industrial emissions and biogas.

Cyclic carbonates have a broad range of industrial applications, including as polar solvents, precursors for polycarbonate materials such as eyeglass lenses and digital discs, electrolytes in lithium batteries, and precursors for pharmaceuticals.

“These are very exciting findings,” Stylianou said. “And being able to directly use carbon dioxide from impure sources saves the cost and energy of separating it before it can be used to make cyclic carbonates, which will be a boon for the green economy.”

David Le, Ryan Loughran and Isabelle Brooks of the College of Science collaborated on this research, as did scientists from Columbia University and the University of Cambridge.

The College of Science and the OSU Honors College funded the study. 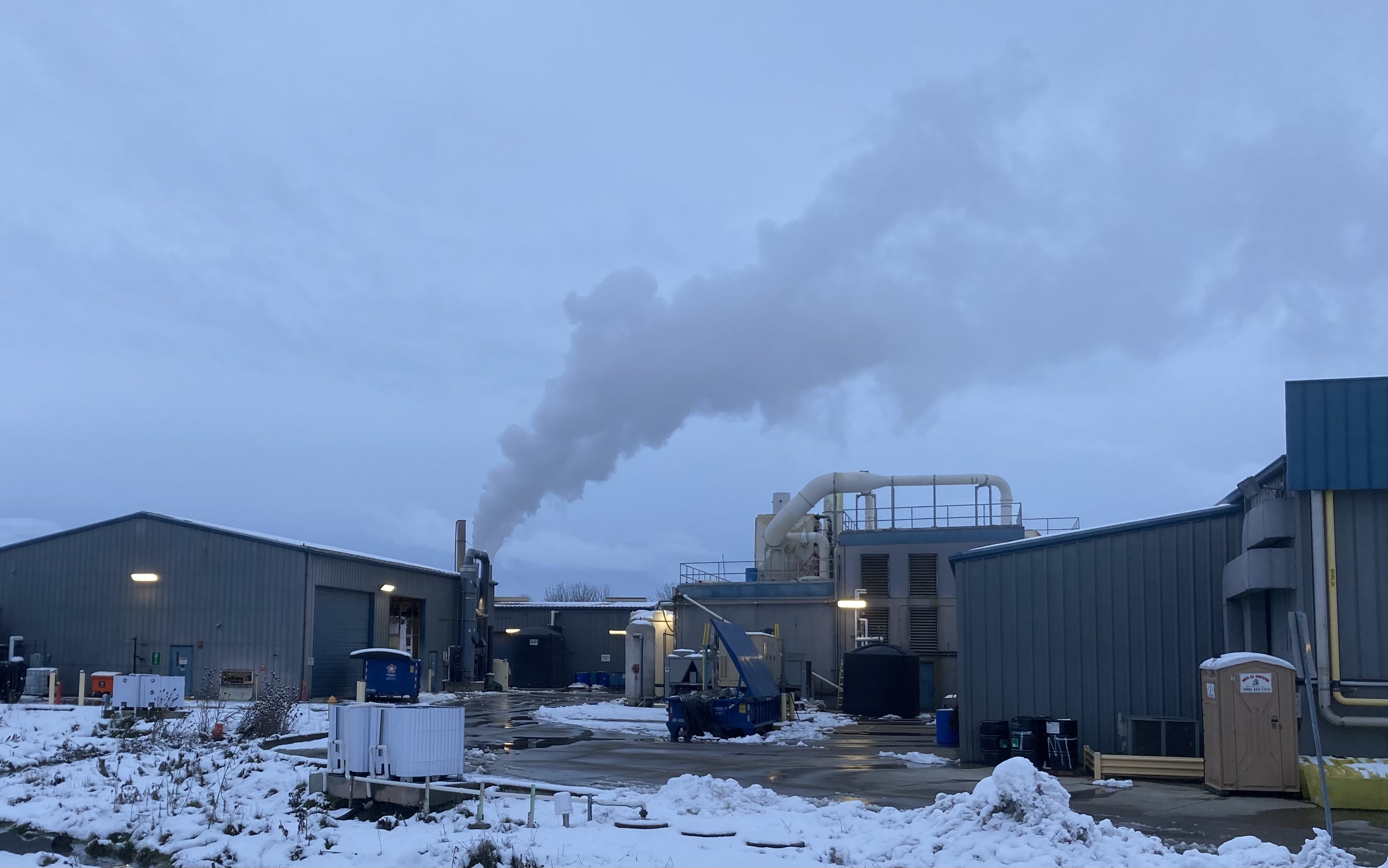