Findings, published in Nature, are important because scientists and policymakers need easier, faster and less expensive ways to determine how the ecosystems relied on by humans respond to climate and environmental changes, including impacts caused by people.

“We used these complex, continuous data to develop equations that can be applied with fewer measurements to monitor forest response to climate and other factors,” Law said.

The team of researchers, led by the Max Planck Institute for Biogeochemistry in Jena, Germany, used satellite observations, mathematical models and multiple environmental data streams to determine that those three factors combine to represent more than 70% of total ecosystem function.

Put another way, if an ecosystem’s carbon uptake, carbon-use efficiency and water-use efficiency are all strong, that means at least 70% of everything the ecosystem is supposed to do is being done well.

“Ecosystems on the Earth’s land surface support multiple functions and services that are critical for society,” said Law, professor emeritus in the OSU College of Forestry. “Those functions and services include biomass production, plants’ efficiency in using sunlight and water, water retention, climate regulation and, ultimately, food security. Monitoring these key indicators allows for describing ecosystem function in a way that summarizes its ability to adapt, survive and thrive as the climate and environment change.”

Water-and carbon-use efficiency are linked closely with climate and also with aridity, which suggests climate change will play a big role in shaping ecosystem function over the coming years, the scientists say.

Among the building blocks of the current research are data from five semi-arid ponderosa pine sites where Law has been conducting research for 25 years.

Those sites are in the AmeriFlux network, a collection of locations in North, South and Central America managed by principal investigators like Law that measure ecosystem carbon dioxide, water and energy “fluxes,” or exchanges with the atmosphere. AmeriFlux is part of the international FLUXNET project, and data from 203 FLUXNET sites representing a variety of climate zones and vegetation types were analyzed for the study.

Measuring ecosystem health has long been challenging given the complexities of ecosystem structure and how systems respond to environmental change, said Law, who has been researching the quantification of forest health for decades.

“In the 1980s, I was working on the development of indicators including similar carbon-use efficiency, and many of the measurements were incorporated in the Forest Service’s Forest Health Monitoring plots,” Law said. “The new flux paper shows how continuous data can be used to develop algorithms to apply in monitoring forest condition, and for evaluating and improving ecosystem models that are used in estimating the effects of climate on ecosystem carbon uptake and water use.”

The water-use indicator is a combination of metrics that relate to an ecosystem’s water-use efficiency, which is the carbon taken up per amount of water transpired by plants through their leaves. The carbon-use efficiency indicator compares the carbon that’s respired versus carbon taken up; plant respiration means converting into energy the sugars produced during photosynthesis.

“Using three major factors, we can explain almost 72% of the variability within ecosystem functions,” said Mirco Migliavacca, the study’s lead author and a researcher at the Max Planck Institute for Biogeochemistry.

The three functional indicators depend heavily, Law said, on the structure of vegetation – greenness, nitrogen content of leaves, vegetation height and biomass. That points to the importance of ecosystem structure, which can be altered by disturbances such as fire and also by forest management practices. 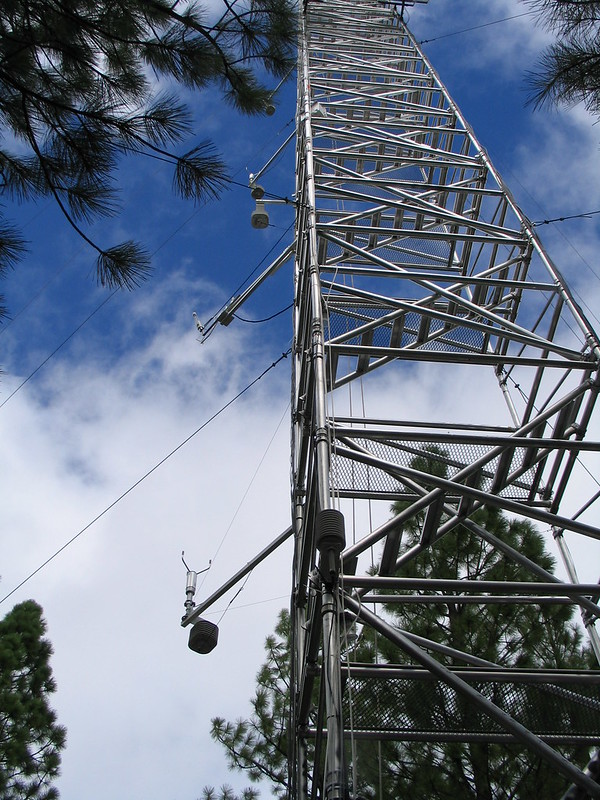