Zhenxing Feng of the OSU College of Engineering helped lead the development of a catalyst that solves three key problems long associated with DEFC, as the cells are known: low efficiency, the cost of catalytic materials and the toxicity of chemical reactions inside the cells.

Feng and collaborators at Oregon State, the University of Central Florida and the University of Pittsburgh found that putting fluorine atoms into palladium-nitrogen-carbon catalysts had a number of positive effects – including keeping the power-dense cells stable for nearly 6,000 hours. A catalyst is a substance that increases the rate of a reaction without itself undergoing any permanent chemical change.

Cars and trucks powered by gasoline or diesel engines rely on the combustion of fossil fuels, which results in emissions of the greenhouse gas carbon dioxide. Motor vehicles are one of the main sources of atmospheric CO2, a primary factor in climate change.

Feng and collaborators are in the process of soliciting funding to develop prototypes of DEFC units for portable devices and vehicles.

“If this is successful, we can deliver a device for commercialization in five years,” he said. “With more industrial collaborators, the DEFC vehicle can be implemented in 10 years, hopefully.”

Ethanol, also known as ethyl alcohol, consists of carbon, hydrogen and oxygen – its chemical formula is C2H6O – and is the active ingredient in alcoholic drinks. It occurs naturally through the fermentation of sugars by yeasts and can be derived from many sources including corn, wheat, grain sorghum, barley, sugar cane and sweet sorghum.

Most of the ethanol produced in the United States is made in the Midwest, most typically from corn.

A fuel cell, Feng explains, relies on the chemical energy of hydrogen or other fuels to cleanly and efficiently produce electricity. They can use a wide range of fuels and feedstocks and can serve systems as large as a utility power plant and as small as a laptop computer.

“In DEFC technology, ethanol can be generated from a number of sources, particularly biomass like sugar cane, wheat and corn,” Feng said. “The benefit of using biological sources to produce ethanol is that plants absorb atmospheric carbon dioxide.”

A liquid and thus easily stored and transported, ethanol can deliver more energy per kilogram than other fuels like methanol or pure hydrogen. Plus, Feng points out, infrastructure is already in place for both producing and distributing ethanol, making DEFC an attractive option for replacing internal combustion engines.

“The first vehicle powered by an ethanol-based fuel cell was developed in 2007,” Feng said. “However, the further development of DEFC vehicles has significantly lagged due to the low efficiency of DEFC, the costs related to catalysts and the risk of catalyst poisoning from carbon monoxide produced in reactions inside the fuel cell.”

To tackle those problems the research team, which also included OSU’s Maoyu Wang and scientists from Southern University of Science and Technology in China and Argonne National Laboratory, developed high-performance palladium alloy catalysts that use less of the precious metal than current palladium-based catalysts.

Palladium, platinum and ruthenium are elements valued for their catalytic properties but expensive and difficult to obtain.

“Our team showed that introducing fluorine atoms into palladium-nitrogen-carbon catalysts modifies the environment around the palladium, and that improves both activity and durability for two important reactions in the cell: the ethanol oxidation reaction and the oxygen reduction reaction,” Feng said. “Advanced synchrotron X-ray spectroscopy characterizations made at Argonne suggest that fluorine atom introduction creates a more nitrogen-rich palladium surface, which is favorable for catalysis. Durability is enhanced by inhibiting palladium migration and decreasing carbon corrosion.”

Supporting this research were the National Science Foundation and the U.S. Department of Energy. 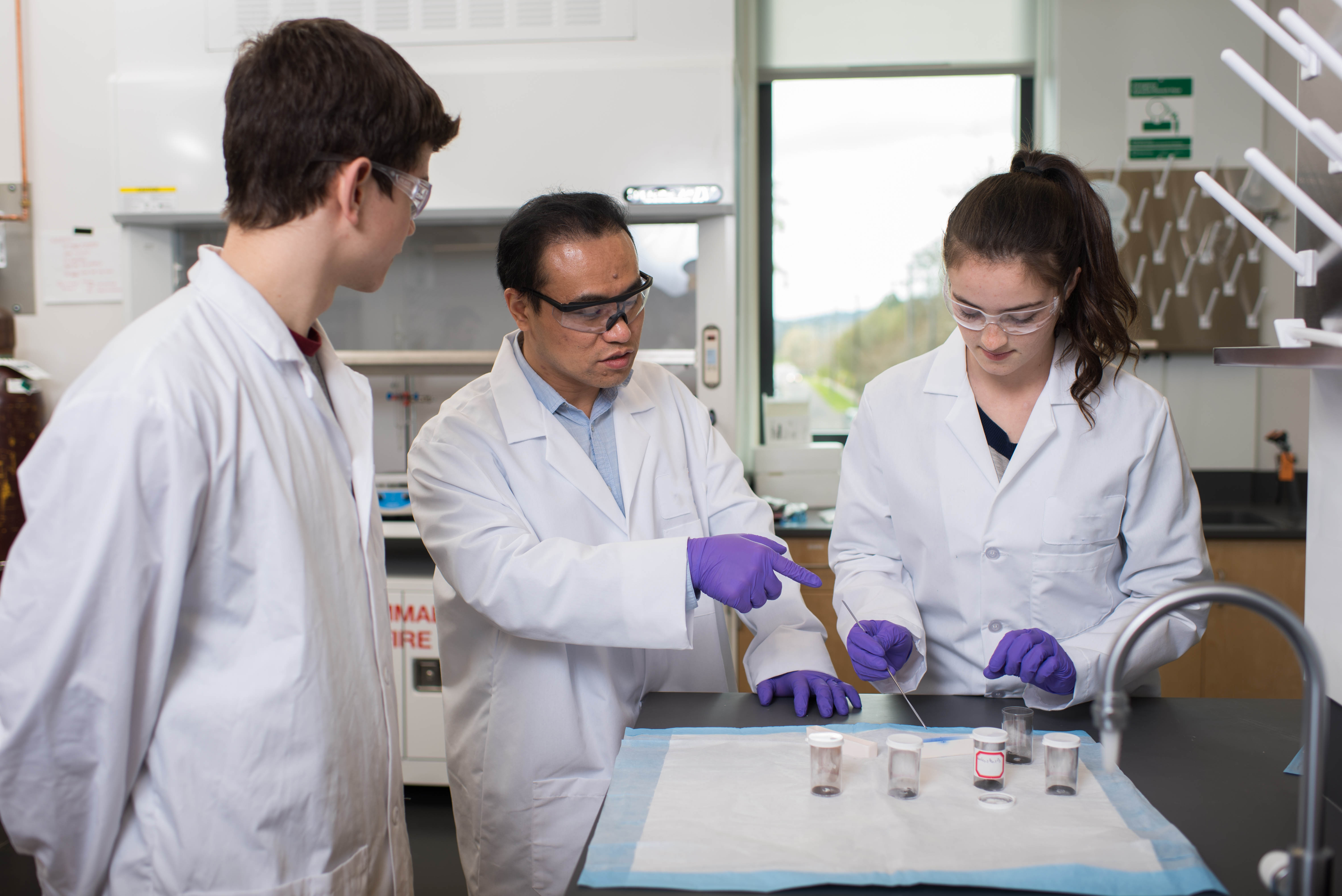