CORVALLIS, Ore. – An Oregon State University scientist has received a $2.3 million, five-year grant to build on his promising research into a debilitating muscle-wasting syndrome that kills as many as 30% of the cancer patients it afflicts.

Oleh Taratula of the OSU College of Pharmacy will use the award from the National Institutes of Health to lead an interdisciplinary team that includes Daniel Marks, a physician-scientist at Oregon Health & Sciences University. Marks specializes in treating the muscle-wasting syndrome, known as cachexia.

The researchers’ goal is to develop an effective treatment for cachexia based on nanoparticles loaded with messenger RNA. When the mRNA reaches the liver, it triggers the liver’s cellular machinery to produce a key protein, follistatin, that’s involved in building muscle mass.

In addition to cancers of the stomach, lungs and pancreas, cachexia is associated with many other chronic illnesses including multiple sclerosis, renal failure, cystic fibrosis, Crohn’s disease, rheumatoid arthritis and HIV.

People with cachexia will lose weight even if they eat, and not just fat but muscle mass as well.

Taratula, associate professor of pharmaceutical sciences, in 2018 published a paper that showed in a mouse model that the mRNA nanoplatform increased muscle mass while restricting fat accumulation.

In that study, mice were treated via subcutaneous injection – shots under the skin. The new research will aim to improve on the delivery of the nanoparticles to the liver by administering them intravenously, and studying their effectiveness in mice that have pancreatic or lung cancer.

“At the completion of the project, we hope to have strong evidence that the proposed therapy will preserve muscle mass and attenuate other features of cachexia in the mice we work with,” Taratula said. “The long-term impact will be doctors using therapy based on our work to significantly limit death and suffering among patients with various cancers.” 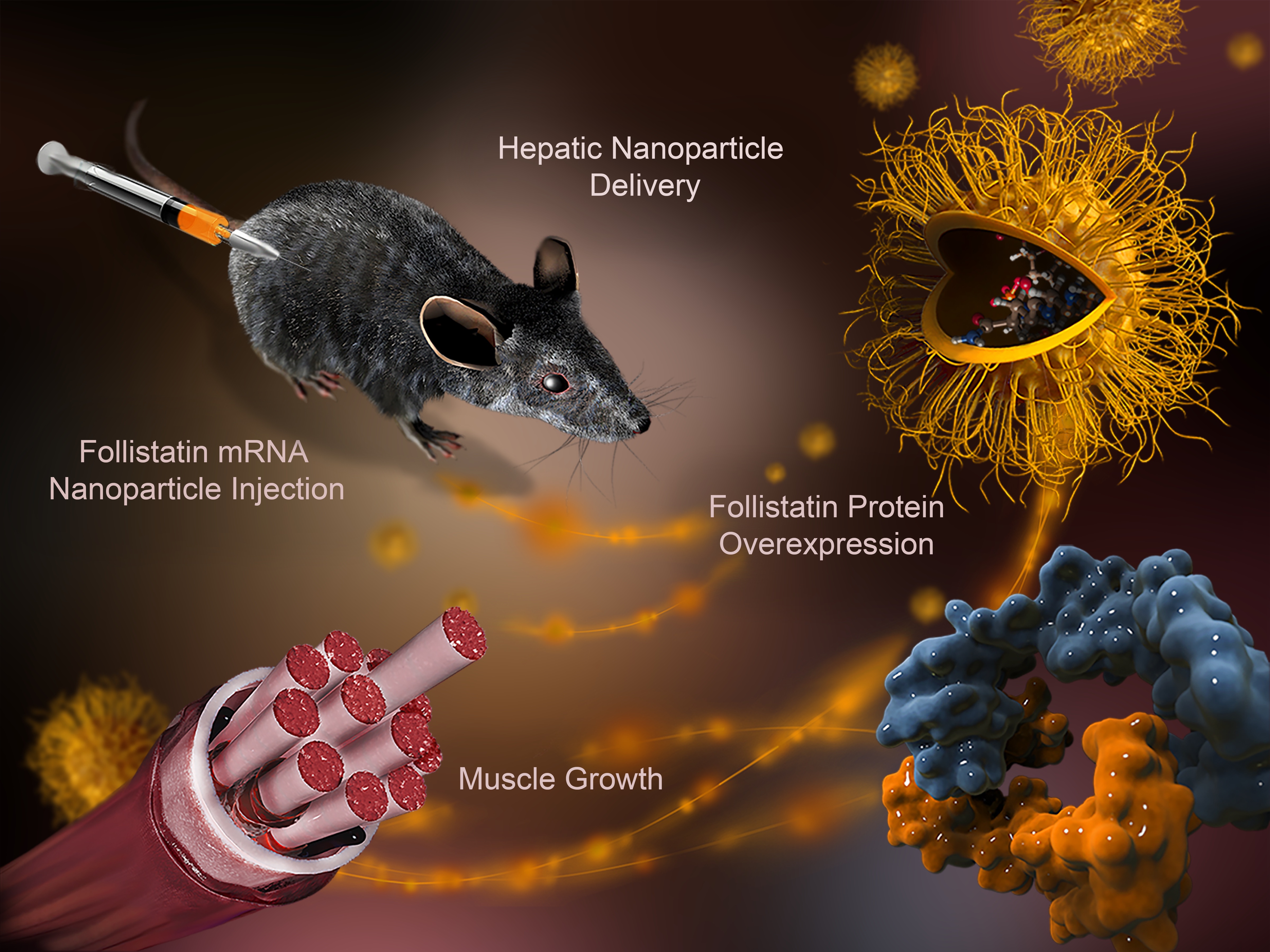