CORVALLIS, Ore. – An Oregon State University scientist is part of a $10.7 million National Institutes of Health grant to develop a vaccine for gonorrhea.

Aleksandra Sikora, a researcher with the OSU College of Pharmacy and Oregon Health & Science University’s Vaccine and Gene Therapy Institute, will work with principal investigator Ann Jerse of the Uniformed Services University of the Health Sciences plus collaborators from five other universities.

The grant will fund the establishment of the Gonorrhea Vaccine Cooperative Research Center with the goal of having a vaccine ready for clinical trials – trials that use human subjects – in five years.

“We are very thrilled,” Sikora said. “With this award we can take our research to the next level for developing a vaccine against an ancient disease that continues to plague humankind. Additionally, it gives us, my students, all the personnel in my lab the chance to interact with the top gonorrhea researchers in this country. And even though we are spatially separated, the vaccine center provides the opportunity to meet every year, and an external board oversees what we’re delivering and helps ensure we stay on track.”

Neisseria gonorrhoeae, the pathogen that causes gonorrhea, is considered a “superbug” because of the bacteria’s resistance to all classes of antibiotics available for treating infections.

The need for a vaccine is critical as gonorrhea, a sexually transmitted disease that results in 78 million new cases worldwide each year, is highly damaging if untreated or improperly treated. It can lead to endometritis, pelvic inflammatory disease, ectopic pregnancy, epididymitis and infertility.

Babies born to infected mothers are at increased risk of blindness. Up to 50 percent of infected women don’t show any symptoms, but those asymptomatic cases can still lead to miscarriage, premature delivery and severe consequences for the patient’s reproductive health.

A vaccine works by introducing an “invader” protein known as an antigen that triggers the body’s immune system and subsequently helps it quickly recognize and attack the organism that produced the antigen.

Sikora has been researching N. gonorrhoeae for years and has published many papers, including one last summer describing the SliC protein that blocks human lysozyme (the first line of defense against invading bacteria), which was a historic finding.

Recently, Sikora helped lead an international collaboration with researchers from the World Health Organization and performed proteomic profiling on the 2016 WHO N. gonorrhoeae reference strains; proteome refers to all of the proteins any given organism produces.

“We created a reference proteomics databank for researchers looking at gonococcal vaccines and also antimicrobial resistance,” Sikora said. “This was the first such large-scale proteomic survey to identify new vaccine candidates and potential antibiotic resistance signatures.”

The findings added new momentum to a vaccine quest that also received a boost in summer 2017, when a study in New Zealand showed that patients receiving the outer membrane vesicle meningococcal B vaccine were 30 percent less likely to contract gonorrhea than those who didn’t get the vaccine.

Gonorrhea and meningococcal meningitis have different means of transmission and they cause different problems in the body, but their source pathogens are close genetic relatives.

With the NIH grant, Sikora will lead the Outer Membrane Vesicles (OMV) and Proteomics research core, the mission of which is to provide a centralized platform for standardized OMV preparations, highly pure antigens, and proteomics and bioinformatics analyses.

She’ll also be in charge of a project that will study incorporating antigens into nanoparticle platforms called nanodiscs, an attempt to increase vaccine potency and efficacy. 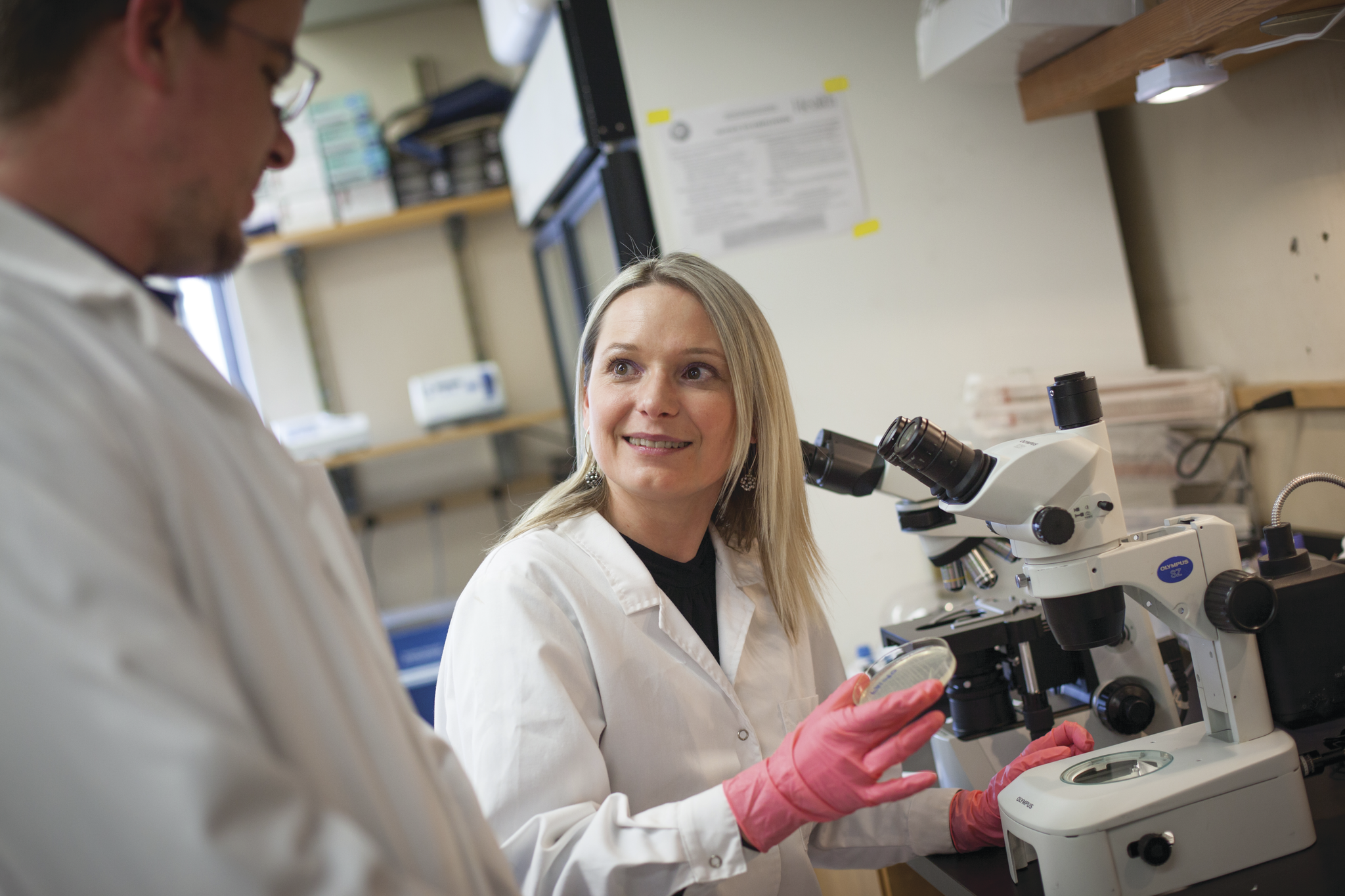