The new Nippon Foundation Ocean Nexus Center, an interdisciplinary collaboration between the Nippon Foundation and the University of Washington EarthLab, announced last week that it will be funding and supporting $32.5 million worth of research and studies over the next 10 years.

Spalding said the Ocean Nexus mission is an important acknowledgement that while scientific understanding of the oceans has improved over time, more attention needs to be given to which voices are represented in the governance and management of ocean resources — and which voices are excluded.

“As ocean governance moves into more alignment with sustainable development, there is an increasing recognition for the need of inclusion of the human dimension: a better understanding of the stakeholder communities and their roles, and how power is distributed amongst those actors,” she said.

Spalding’s project will focus on issues of equity within ocean governance in the context of the “blue economy,” which includes all ocean-related industries and activities that contribute to the economy. She will work closely with her public policy doctoral student, Ricardo de Ycaza, who plans to focus his dissertation work on marine policy in Panama.

Ocean Nexus has already provided a $150,000 grant for their two-year project that includes research support and two years of funding for de Ycaza as a Nexus Fellow. De Ycaza’s fellowship also includes training in leadership development and critical science communication.

Spalding was hired through OSU’s Marine Studies Initiative, which is similar to Ocean Nexus in mission, as it was created to support a multidisciplinary approach to studying marine science and related issues. She is currently working on an introductory textbook on oceans and society that she hopes to use in her course as part of the upcoming marine studies undergraduate degree within the College of Liberal Arts.

As an assistant professor in the School of Public Policy and a research associate with the Smithsonian Tropical Research Institute and Coiba Research Station in Panama, Spalding’s research focuses on plastic pollution, community strategies to adapt to threats from climate change and the future of ocean governance. She is particularly concerned with inclusivity and equity as it pertains to who is left out of the dominant narratives around ocean industries such as fishing, energy production, transportation and tourism.

“We can assume pretty easily that’s going to be the exclusion of small-scale fishers, of Indigenous communities and traditional resource users, smaller coastal communities and community-based tourism,” she said.

With his fellowship, de Ycaza will look at how the narratives around blue economy industries affect the development of marine policies governing conservation on the Pacific coast of Panama. He will interview policy experts as well as observe and talk with fishers and managers of Coiba National Park during regular visits to the country.

Ocean Nexus “aims to build the next generation of ocean thought leadership by offering opportunities, networks and training for early-career interdisciplinary scholars,” according to the Center’s statement last week. “The research is global and seeks to embrace cultural diversity and community sovereignty.” 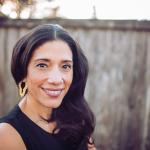