CORVALLIS, Ore. — Delivering a minor electric shock into a stream to reveal any fish lurking nearby may be the gold standard for detecting fish populations, but it’s not much fun for the trout.

Scientists at Oregon State University have found that sampling stream water for evidence of the presence of various species using environmental DNA, known as eDNA, can be more accurate than electrofishing, without disrupting the fish.

“It’s revolutionizing the way we do fish ecology work,” said Brooke Penaluna, a research fish biologist with the U.S. Department of Agriculture Forest Service who also has an appointment in OSU’s Department of Fisheries and Wildlife. “You can identify species from a bottle of water using genetic tools. When you go out to the site, I can tell you what’s in that stream just based on what’s in this bottle of water.”

Penaluna is lead author on a study published Wednesday in Ecosphere that compared the efficacy of eDNA sampling and electrofishing in detecting how far upstream coastal cutthroat trout were present in coastal and Cascade streams throughout Washington and Oregon.

Determining how far upstream fish are present is crucial for guiding forest management practices, as streams with fish in them receive more protections than streams without fish. It also helps inform conservation by improving scientists’ understanding of specific species’ distribution and movements.

Electrofishing has been the standard method for surveying fish distribution in bodies of water since the 1960s. It involves sticking two electrodes into the water and applying direct current, which affects fish swimming nearby and causes them to swim toward one of the electrodes. The person doing the sampling can then scoop up the dazed fish in a net and collect data before returning them to the water, where they resume normal activity within a few minutes.

Research sampling for eDNA has been used for over a decade but is not widely used yet in industry or resource management. It involves collecting water samples on-site and running lab tests to check for the presence of DNA for certain species of fish, which the fish shed regularly through excretion and changes in their skin or mucus.

The OSU study tested the effectiveness of eDNA in finding the “last fish” point, the farthest upstream fish are present. The researchers looked for coastal cutthroat trout as they are the fish most commonly found the highest upstream in streams on the west side of the Pacific Northwest, due to their life cycle and size.

Researchers chose 60 coastal streams in Oregon and Washington and conducted eDNA sampling and electro-fishing every 50 meters up to 250 meters upstream of the last recorded “last fish” point for each stream.

However, both methods still struggled to detect trout when the fish were in low density.

“We’re trying to make the point that we’re not aiming to eliminate electrofishing; just that we can use this as a complement to that, to provide more information quickly and cleanly,” said Ivan Arismendi, co-author on the study and an assistant professor in OSU’s Department of Fisheries and Wildlife.

“You can use one and the other like a confirmatory tool — so if you have a question about endangered species, you can use both, and you can be more robust about the presence if both methods agree.”

The researchers hope eDNA detection becomes more popular, as the cost and time required to run eDNA tests continues to fall and field-based equipment is becoming more readily available. eDNA detection in a nearby stream would even be possible to use for a school project, Penaluna said.

“I think there’s really broad use for this,” she said. “Now I think the next steps are for managers and policymakers to start drawing some of those guidelines.”

The study was an example of co-production science where federal, state and private landowners worked with researchers. Penaluna collaborated with OSU researchers Arismendi, Jennifer Allen, Taal Levi and Tiffany Garcia; and Jason Walter of the Weyerhaeuser Centralia Research Center in Washington. 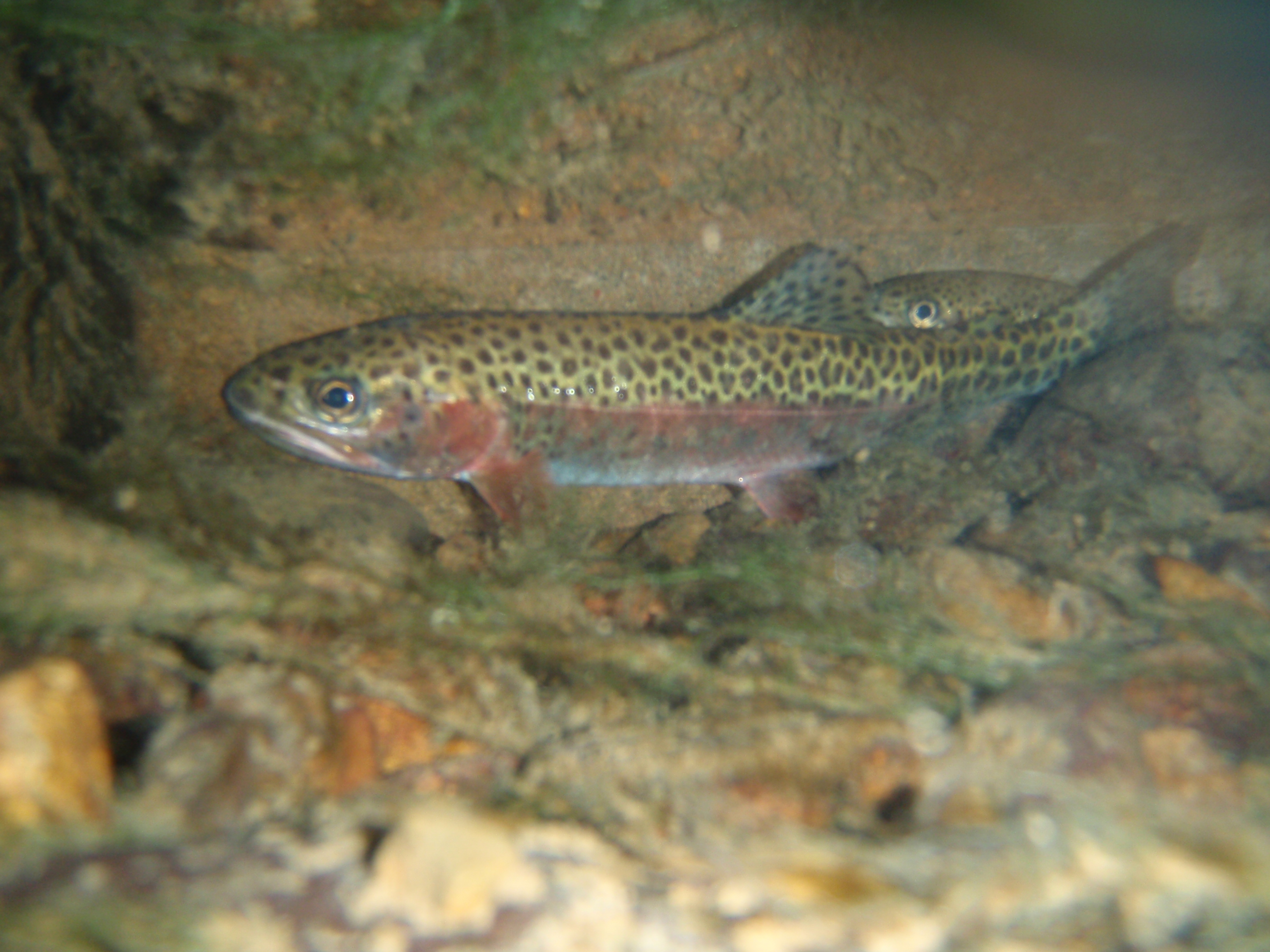 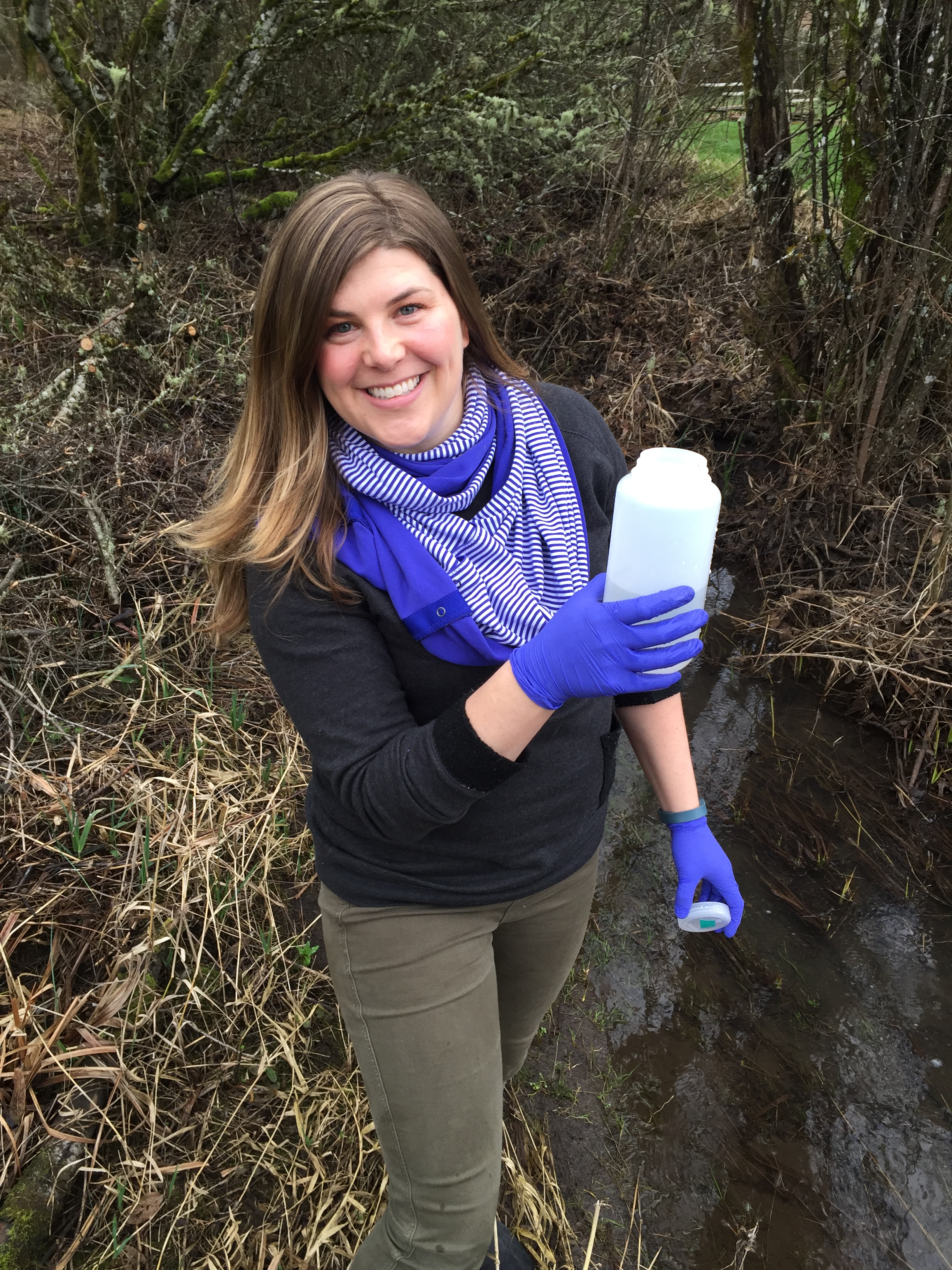