CORVALLIS, Ore. – Researchers from the Swinomish Indian Tribal Community of northwest Washington and Oregon State University have been awarded more than $1.6 million from the National Science Foundation to expand an environmental education program that focuses on traditional native foods.

The five-year project is designed to address the challenges and concerns facing place-based people whose health, culture and community are linked to the state of their local environment. Traditional foods are more than a caloric food source; they play an integral role in cultural traditions that support the health and well-being of indigenous people.

“Many tribes across the country are focused on self-determination and sovereignty, and part of that is food sovereignty. Not just food for consumption, but food for medicine and food as a way of sharing knowledge and culture,” said Jamie Donatuto, an environmental health analyst for the Swinomish Indian Tribal Community and the project’s lead investigator.

Other investigators on the project include Diana Rohlman, an assistant research professor in the College of Public Health and Human Sciences at OSU; Rose James of the Urban Indian Health Institute; Elise Krohn of Garden-Raised Bounty, an Olympia, Washington-based nonprofit that encourages growing healthy food; and Valerie Segrest of Feed Seven Generations, an organization focused on revitalizing native food culture in the Northwest.

This is the second National Science Foundation grant awarded to Donatuto and Rohlman, an environmental and occupational health researcher who has worked with the Swinomish since 2013. They received nearly $300,000 in 2015 to develop an informal environmental health education model for use in tribal communities.

Tribal communities are disproportionately affected by environmental issues and also face health disparities – meaning higher rates of health problems than those who are not from native populations and there are strong links between the health of the environment and the health of individuals, Rohlman said.

One of the challenges of teaching environmental sustainability is that existing curricula are not culturally appropriate or relevant to tribal members, she said.

In the original project, researchers created an informal environmental health education curriculum using indigenous knowledge, practices and learning styles. The curriculum was based on the Swinomish tribe’s 13 Moons calendar and the concept of “First Foods,” or those foods that have played a role in native culture throughout time.

The 13 Moons curriculum was designed to incorporate culturally relevant lessons, while also engaging youth with tribal elders, traditional practices and relevant STEM (science, technology, engineering and math) curriculum. Researchers associated specific First Foods to each month of the 13 Moon calendar and put together activities based on those foods. They also enlisted tribal elders to share stories about cultural practices around that food.

The project was popular among Swinomish tribal members, Donatuto said. Based on that success, the curriculum drew wide interest from other tribes looking to create similar place-based curricula for their own communities.

The new grant will allow researchers to conduct an assessment of existing environmental health curricula and identify any gaps; create a community of practice for Coast Salish people across the western Washington state region who are interested in developing and sharing curricula; and develop a toolkit and workshops for groups or schools to facilitate environmental education in their communities.

“People have this Indigenous knowledge, but a lot of that knowledge went into hiding as treaties between the U.S and tribes were enforced,” Donatuto said. “With this grant, we have recognition from the National Science Foundation that what we’re doing is important.”

Project researchers will work with multiple indigenous communities in the region. The Coast Salish nations include dozens of tribes and more than 50,000 people in the Pacific Northwest. Swinomish, with about 800 members, is located in La Conner, Washington, near Anacortes.

The project also provides opportunities to expose tribal youth to careers in STEM fields and instill excitement about pursuing higher education and careers in those fields.

“If we can bring in tribal scientists to talk about science issues, it helps drive additional interest,” Rohlman said.

As part of the project, the researchers also plan to develop a museum exhibit highlighting the importance of traditional foods for public health and sustainability that will be displayed at Seattle’s Burke Museum. 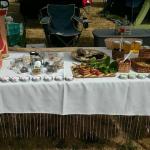 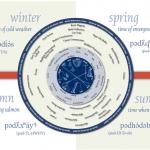