CORVALLIS, Ore. – Oregon State University scientists have received a $3 million National Science Foundation grant to study how communities of microorganisms respond to human-caused stress and how the responses relate to the health of the people, plants and animals that host the microbes.

“We want to determine how microbiomes react to things like water temperature increases resulting from climate change and exposure to environmental chemicals,” said OSU College of Science microbiology professor Rebecca Vega Thurber. “The goal is to develop frameworks for predicting how host-microbiome interactions respond to environmental variation, which holds huge implications for optimally managing the health of people, wildlife, livestock and agricultural plants.”

In addition to Vega Thurber, the researchers on the grant include Xiaoli Fern, an expert in machine learning from the Oregon State College of Engineering, and microbial ecologist Ryan Mueller, computational biologist Maude David and microbiome systems biologist Thomas Sharpton of the College of Science.

The researchers aim to develop machine learning approaches to uncover the general properties of microbiomes that determine their sensitivity or resilience to anthropogenic – human-caused – stress.

“As a result, we expect our work to advance the development of tools to improve the detection of vulnerable populations of wildlife, including seagrasses, corals and fish,” Mueller said.

For example, a year ago Sharpton’s lab published a paper about the functions the human microbiome might be performing to affect people’s health. Previously, his lab explored the connection between gut microbiome composition and aggressiveness in dogs.

David is part of a $1.94 million grant to look for possible connections between the human microbiome and autism spectrum disorder and has explored the use of artificial intelligence to describe interactions among microbes.

The Vega Thurber lab has published research on the co-evolution of corals and the microbes they host and also on the microbiological version of the “Anna Karenina principle” – the bacterial communities that live inside everyone are quite similar and stable when times are good, but when stress enters the equation, those communities can react very differently from person to person.

The principle gets its name from the opening line of the novel “Anna Karenina” by 19th century Russian author Leo Tolstoy: “All happy families are alike; each unhappy family is unhappy in its own way.”

“Scientists still have only limited knowledge about the processes underlying how microbiomes respond to change and how such changes may alter the health trajectories of their hosts,” David said. “To transform understanding of how disturbances impact plant and animal microbiomes, we will apply artificial intelligence methods by learning microbe-microbe relationships from public datasets and build models and apply them to a series of experiments in seagrasses, corals and zebrafish.”

The microbiomes of the model aquatic organisms will be challenged with three types of stressors: antibiotics, warming waters and pathogen infection.

“Modeling approaches will then be developed to determine universal properties of the microbiome that influence stress responses irrespective of the specific perturbation or ecological context of the microbial community,” Fern said. “We call them system agnostic microbiome measures, or SAMMs, and they’ll include common ecological metrics as well as novel metrics developed using artificial intelligence algorithms.”

In addition, host traits will be measured to model host-microbiome interactions before, during and after disturbance to understand how the interactions relate to host physiology.

“This project is distinctive in that it measures how host-microbiome systems both respond to and recover from disturbances over time, considers interactions between multiple ecologically relevant disturbances and integrates the results across systems to uncover generalizable trends,” Sharpton said. “We expect our work to produce foundational insights into how human activity impacts wildlife through their microbiomes. The hope is that these efforts will contribute to a future in which microbiomes are managed or manipulated to buffer their hosts from the impacts of the human activity.” 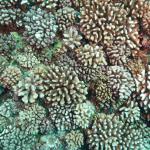