CORVALLIS, Ore. – NuScale Power, founded by Oregon State University Professor Emeritus José Reyes during his time at OSU, has marked a major regulatory milestone on the way to supplying power plant developers with small modular reactors designed by the company.

The U.S. Nuclear Regulatory Commission today approved the safety aspects of the NuScale design, completing the sixth and final phase of the NRC’s review of NuScale’s design certification application.

The approval means NuScale customers can proceed with their plans for generation facilities with the understanding that the federal government has signed off on the safety of NuScale’s reactors.

“NRC’s approval of our NuScale small modular reactor design helps us to move forward in fulfilling our mission to provide advanced nuclear technology for the production of electricity, heat and clean water to improve the quality of life for people around the world,” said Reyes, an OSU faculty member for three decades. “Our partnership with Oregon State University since NuScale was founded in 2007 has benefited from its outstanding faculty and graduates. Its world-class research facilities have been key to providing some of the high-quality test data needed to demonstrate the unparalleled safety of our SMR design.”

NuScale, with Reyes as chief technical officer, has simplified reactor design to make them safer than conventional, large reactors – getting rid of pumps, valves and other moving parts while building in safeguards in an attempt to make the reactors impervious to meltdown.

Headquartered in Portland, NuScale plans to fabricate its reactors in a factory rather than assembling them at a plant construction site, a move designed to cut costs enough to compete with other types of energy generation.

During the initial phase of the review process alone, the commission devoted 115,000 hours examining NuScale’s small modular reactor, designed to work in plants that produce energy for electrical generation, desalination and other process-heat applications.

“A sincere congratulations on behalf of OSU’s Research Office,” said Irem Tumer, interim vice president for research at Oregon State. “Through a long-term, collaborative lens, the OSU Advantage is developing a pipeline of deep-tech, high-growth startups like NuScale. Other examples include Inpria, the world leader in metal oxide photoresist design, development and manufacturing, and Agility Robotics, developing advanced autonomy and robotic legged mobility. NuScale is a premier example of how OSU maximizes our innovation, economic and societal impact in Oregon and beyond.”

The reactor’s trademarked power module can generate 60 megawatts of electricity – compared to 1 gigawatt for a typical commercial reactor – with a “safer, smaller and scalable version of pressurized water reactor technology,” the company’s website says.

The small modular reactors are designed to take up 1% of the space of a conventional reactor. The design allows as many as a dozen of them to be arranged side by side, similar to a 12-pack of cans, in a power plant.

“We are proud of the successful design approval and the role our students, faculty and staff tirelessly played throughout this 13-year endeavor,” said Qiao Wu, an OSU professor of nuclear science and engineering who has worked closely with NuScale since its founding. “This is a moment we at Oregon State should celebrate.”

Reyes, who retired in December 2017, ran OSU’s nuclear engineering and radiation health physics program from 2005 to 2010 and directed the Advanced Thermal Hydraulic Research Laboratory at Oregon State. When he founded NuScale in Corvallis, it had five employees. Now, in addition to its Portland and Corvallis locations, the company maintains offices in Maryland, North Carolina and Washington as well as in London.

“From the start, OSU has been the strongest partner and supporter of NuScale,” said Scott Ashford, Kearney Dean of the Oregon State College of Engineering. “Our School of Nuclear Science and Engineering is committed to the NuScale innovation and development, leading small modular reactor research and education around the world.”

The company is fielding growing domestic and international customer interest from those who see the NuScale power plant as a long-term solution for providing reliable, safe, affordable, and operationally flexible carbon-free energy for diverse applications, Bergman said. NuScale has signed agreements with entities in the U.S., Canada, Romania, the Czech Republic and Jordan, he added, and similar agreements with other entities are being negotiated. 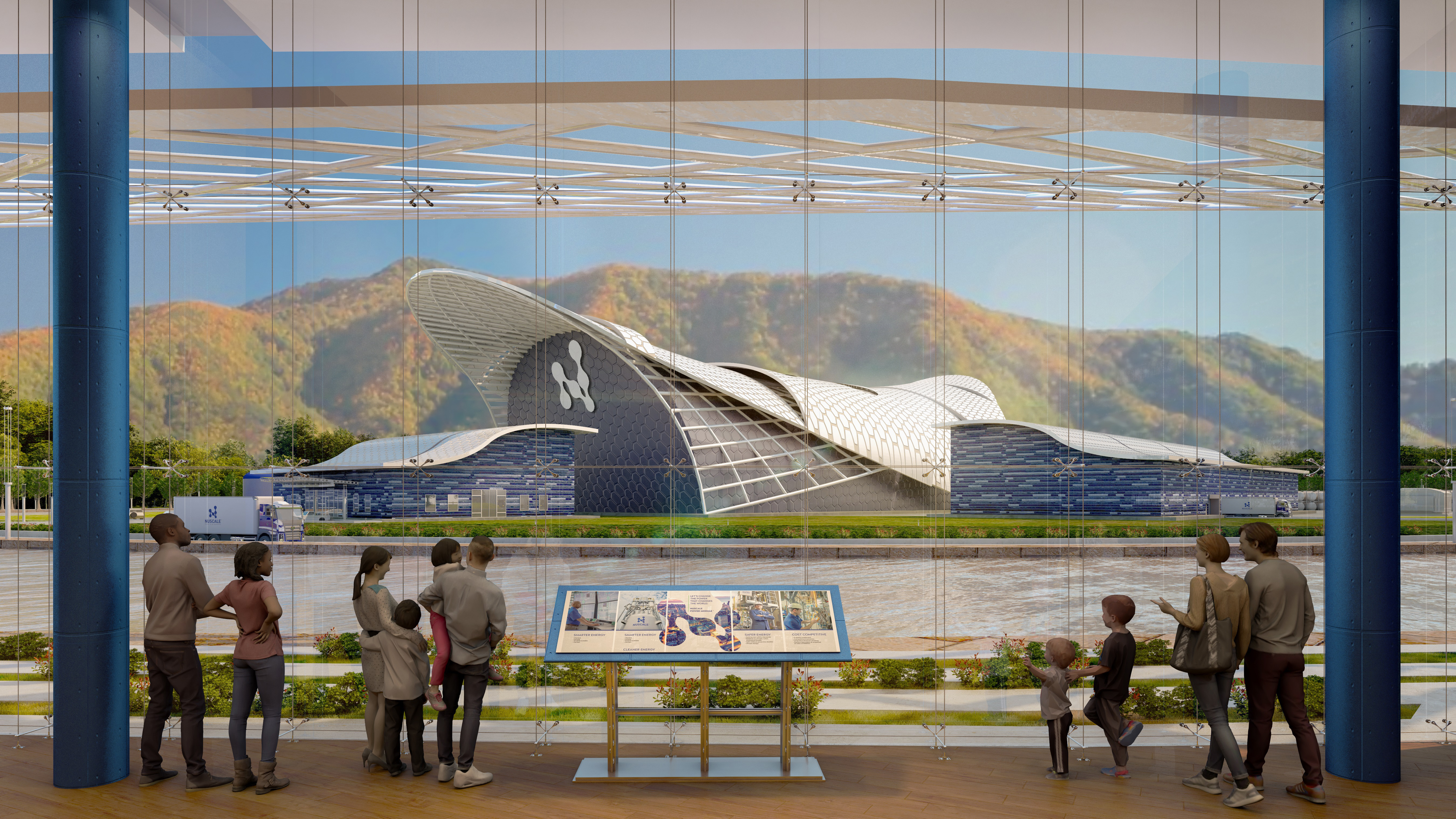