OSU study: Thinning moderates forest fire behavior even without prescribed burns – for a while

Findings of the study, led by OSU research associate James Johnston and published in Forest Ecology and Management, are important because reducing accumulated fuels on federal forestland has been a congressional priority for nearly two decades; research such as this helps determine which techniques work.

Mechanical thinning refers to the use of commercial equipment such as a feller-buncher, which cuts and stacks whole trees, or a cut-to-length harvester and forwarder that results in logs of specific lengths being sent to the mill. In the study areas, all trees up to 53 centimeters in diameter at breast height were removed, and hand crews cut down trees too small for commercial use.

“Our work shows that mechanical thinning can moderate fire behavior even in the absence of prescribed fire,” Johnston said. “That’s good news since prescribed fire on national forests has remained flat over the last 20 years because of shortfalls in U.S. Forest Service capacity, a risk-averse agency culture and regulatory constraints on smoke.”

Fuels built up for a year or two after thinning and then declined, and litter and duff declined dramatically as a result of thinning, he said. Forest litter refers to any non-living organic matter that’s fallen to the ground and yet to undergo much decay; duff is the layer of decayed and decaying organic matter between the litter and the soil.

“Although the models show that thinning alone moderates fire behavior for a number of years, prescribed fire is still a key tool for meeting fuel reduction and fire management objectives in the ponderosa pine forests of the southern Blue Mountains and elsewhere,” Johnston said. “Prescribed fire will extend the longevity of what the mechanical thinning accomplished when the conifers regenerate significantly and those surface fuels start to rise above desired thresholds.”

Across western North America, seasonally dry forests were historically characterized by frequent, low-intensity surface fires that led to the persistence of older trees living in open stands, he said. But starting about 130 years ago, the logging of old, fire-resistant trees, unregulated grazing and a national culture of fire suppression combined to bring much greater tree density, fuel continuity and surface fuel loading.

“Those changes along with a warming climate have led to increasingly large, fast-moving, stand-replacing fires that have significant negative impacts on old-growth habitat, water quality and human infrastructure,” Johnson said. “Consequently a range of non-governmental organizations, tribal, state and local governments and private landowners are trying to adapt by reducing fuels.”

Johnston notes that Congress has taken several steps to increase the pace and scale of fuel reduction treatments on Forest Service lands across the West, including the 2009 authorization of the Collaborative Forest Landscape Restoration Program, which funds thinning on high-priority national forest landscapes.

“Less than one-fifth of the area treated with mechanical thinning in the southern Blues has also been treated with prescribed fire,” Johnston said. “Prescribed fire has been significantly slowed by budget constraints, local opposition to fire use, and restrictions imposed by COVID-19 response measures. But our modeling shows thinning can do a lot on its own in terms of rate of fire spread, flame length and crown fire potential. Investments by Congress in fuel reduction thinning in eastern Oregon are working.”

In another paper, recently published in the journal Forests, Johnston and OSU colleague Chris Dunn collaborated with John Hogland of the U.S. Forest Service to show that the vast majority of the Malheur National Forest can be restored to ecologically desirable conditions through the commercial harvesting of woody biomass and some timber harvesting.

“The profit margins in most areas, approximately 80% of the landscape, are quite small, and removing material without incurring a financial loss usually requires the removal of sawlogs,” Johnston said. “It’s a reasonable tradeoff, a good tradeoff. Saw timber is part of what needs to come out of the woods to manage fuels and reduce fire risk.” 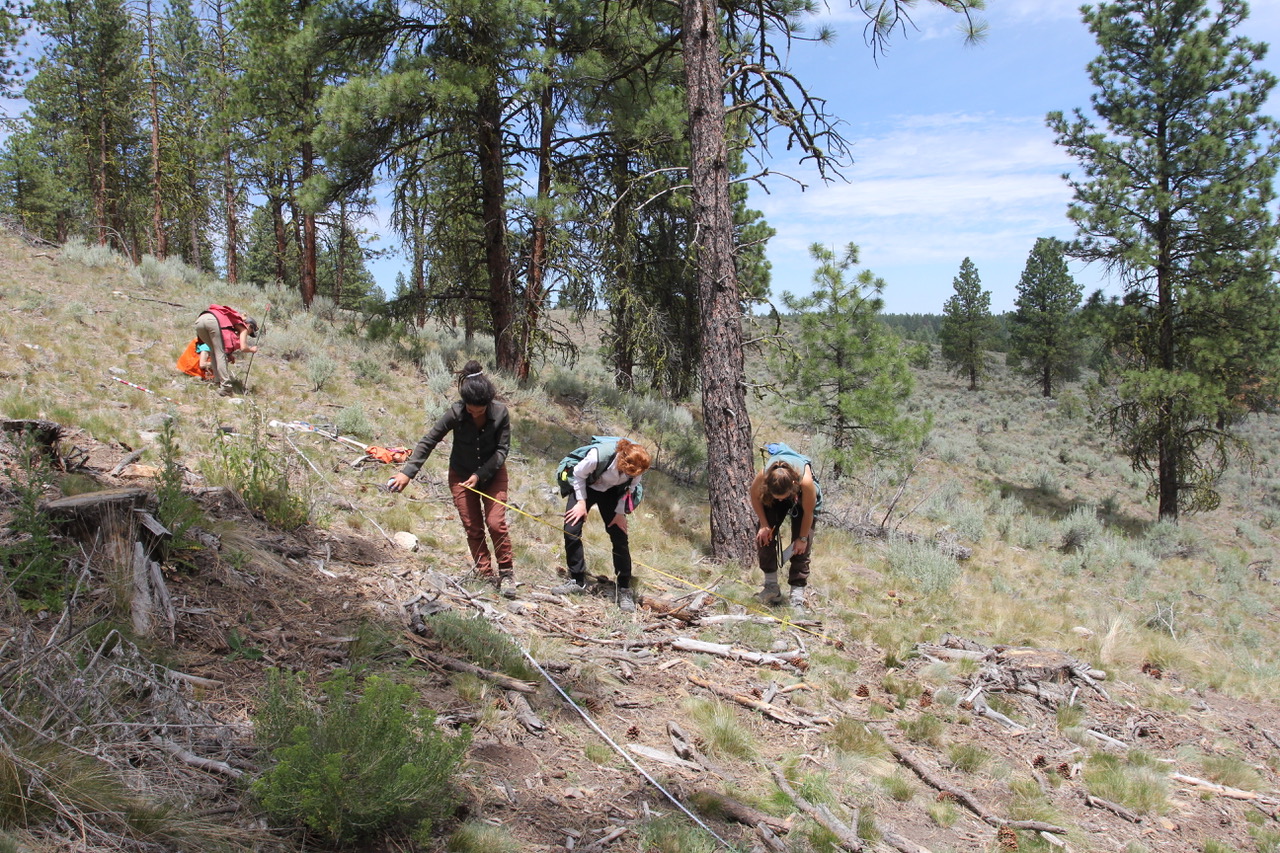