In a normal year, OSU Theatre holds Bard in the Quad, an outdoor theatrical Shakespeare production with the Memorial Union as a backdrop. But with statewide restrictions on public gatherings due to the ongoing COVID-19 pandemic, this summer’s cast and crew had to change direction.

Director Elizabeth Helman, working with student sound designer Josh Gasaway, decided to go all-in with a podcast version of the play, dubbed “Bard in Your Yard.”

At the end of spring term, theater students performed their one-act plays via the department’s Dam the Distance podcast, but Macbeth as a full-length production was much more ambitious, Helman said.

“We have a lot of opportunity here to do something kind of special,” she said. “And since we’re likely going to be doing at least a couple of these next season, how can we do it bigger and better, and teach our students different skills?”

The cast of 25 students, alumni and community members began rehearsing over Zoom at the end of June, though Helman, Gasaway and composer Alyson Fewless, who wrote the show’s original score, began their work a few weeks earlier.

The team did a full Zoom recording of both acts, then each cast member recorded their own lines separately and uploaded them to a shared folder online.

Thanks to the help of staff at the Memorial Union, some actors who didn’t have adequate microphones at home were able to go in person and record their lines in the MU’s recording booth (with full sanitization procedures in place). But the remote production removed all distance constraints, so the cast also includes members who sent in their recordings from Seattle and England.

Gasaway had the actors record a variety of sample sounds to fill in the background audio, including 10 different versions of cackling from the witches. He also had to find premade sound effects for noises like horses on a battlefield and swords clinking.

“We thankfully haven’t had to capture anything too weird, but it is interesting to hear all the actors cackling, laughing, making grunting noises into the microphone,” Gasaway said. “So I have a lot of blackmail.”

He also experimented with “panning” sound, making it feel as though characters were moving closer or farther away from the listener, or standing in a circle around the listener.

The goal was not to replicate live theater, but create something altogether new.

“Zoom theater is not theater, as much as we want it to be,” Helman said. “I didn’t want to try to do Macbeth on Zoom, with a bunch of people in boxes, not relating to each other; but instead tried to create a different experience for our audience.

“There’s a lot of ways you can listen to this podcast, whether you’re going on a walk, driving in your car alone, or have your earbuds plugged in,” she said. “We want you as the audience to feel like you’re in the heath, or in the banquet hall, with witches whispering in your ear. We’re really trying to create that real sense of place, and make this something unique and special.”

The full audio drama production will be available Aug. 14 for download through OSU Theatre’s Dam the Distance podcast feed, which can be found through the Bard in the Quad website or all major podcast platforms. Virtual tickets for the podcast are available at bardinthequad.org. Patrons can name their own price and proceeds from ticket sales will help support OSU Theatre during this challenging time. They can also support the program by purchasing food from the Block 15 Tap Room on Aug. 11, where a portion of the day’s profits will go toward Bard in the Quad.

Bard in the Quad has been a feature of OSU summer entertainment every year since 2006. This year’s production was funded with support from the OSU Memorial Union and Block 15 Restaurant and Brewery. 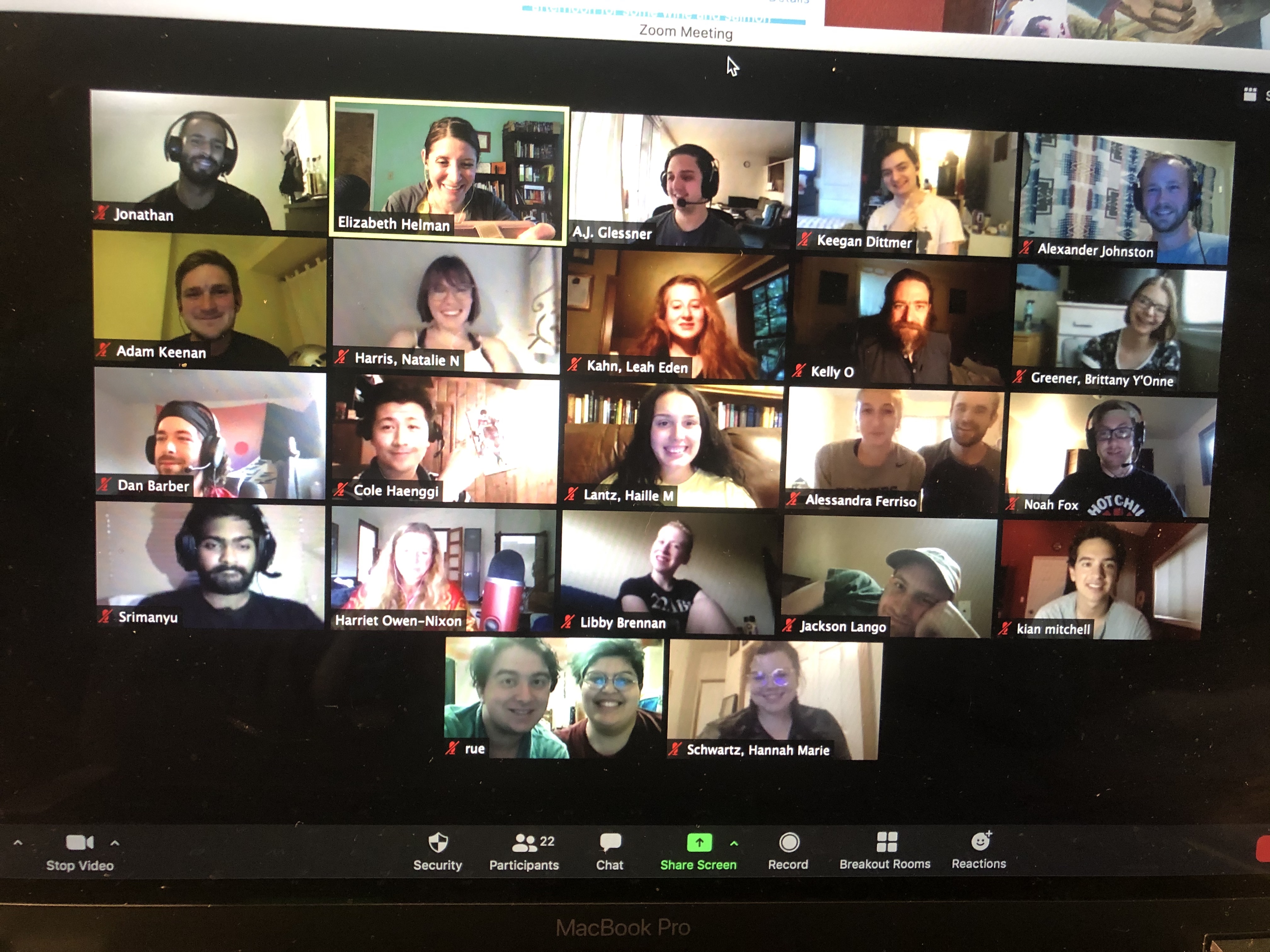