PORTLAND, Ore. – A study of outpatient visits to health care providers in the United States during a one-year period suggests 18 percent of antibiotic prescriptions were written without a documented reason for doing so.

The findings, published today in BMJ, are important because they shed greater light on the frequency of antibiotic misuse outside of hospitals and other inpatient care facilities.

Prescribing antibiotics when not warranted needlessly exposes patients to side effects and contributes to the growing global threat of antibiotic resistance – disease-causing bacteria evolving to ward off the drugs that have been developed to kill them.

Michael J. Ray, a researcher at Oregon State University’s College of Pharmacy, led the study, which builds on previous research suggesting that unnecessary prescribing in outpatient settings is a key target for improving antibiotic stewardship.

The study is one of the first to look at the proportion of prescriptions lacking a documented “indication,” i.e. an accepted medical reason for giving the patient the drug.

“Antibiotic prescribing without making note of the indication in a patient’s medical records might be leading to a significant underestimation of the scope of unnecessary prescribing,” said Ray, who is also pursuing a Ph.D. in public health with Oregon Health & Science University and Portland State University. “When there’s no indication documented, it’s reasonable to think that at least some of the time, the prescription was written without an appropriate indication present.”

Ray and collaborators at the College of Pharmacy, OHSU, Portland State and Pacific University used the 2015 National Ambulatory Medical Care Survey to examine visits to outpatient care providers. Nationwide there were nearly 1 billion such visits during the year, and the research sought to determine whether antibiotic prescriptions were accompanied by an appropriate documented indication, an inappropriate one, or none at all.

“What that means is an estimated 24 million antibiotic prescriptions were written without a documented indication, on top of the 32 million that came with a documented but inappropriate indication,” said collaborator Jessina McGregor, a College of Pharmacy researcher who studies antibiotic stewardship.

Groups most likely to receive a prescription without a documented indication, the data showed, were adult males, patients who spent more time on average with the provider, patients with chronic conditions, and patients seeing a non-primary care specialist.

Sulfonamides and urinary anti-infectives were the classes of antibiotics most likely to be prescribed without documentation.

“Sixty percent of antibiotic expenditures originate in ambulatory care settings,” Ray said. “And up to 90% of antibiotic use originates there. Clearly more focus is needed to support well-informed stewardship efforts.”

David Bearden of OSU, Gregory Tallman of Pacific, and Miriam Elman of the OHSU-PSU School of Public Health worked with Ray and McGregor on this study. 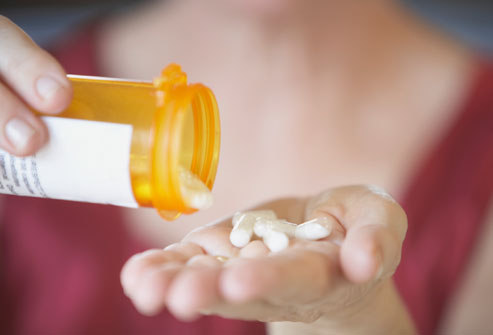