CORVALLIS, Ore. – New research shows that paying communities in Mexico to conserve and manage their jointly-owned property doesn’t just benefit the environment—it strengthens social relationships and a sense of community within those areas as well.

The study is published in the journal Proceedings of the National Academy of Sciences.

This is the first analysis of the social capital impacts of a national-scale, globally relevant forest conservation program. It shows that payment programs improve participants’ “social capital”—involvement in assemblies, ability to resolve conflicts, trust between members and community-building efforts, among other things.

“Conservation of natural resources often relies on voluntary contributions of time and effort, and payments for environmental services policies boost these efforts by providing funding for maintenance of forests and other natural vegetation,” said Sims, adding that incentive-based conservation programs have been adopted in multiple countries and play a central role in global climate agreements. “While these financial incentives help forest management activities compete with other land uses, many conservationists worry that external payments will undermine moral or intrinsic motivation to protect nature.”

Alix-Garcia, an economist in OSU’s College of Agricultural Sciences said, “It is especially noteworthy that the program did not crowd out unpaid contributions to land management or other voluntary community work.”

Mexico’s federal Payments for Environmental Services (PES) program, run by the Mexican National Forestry Commission, funds conservation activities by landowners. It provides five-year contracts to selected participants who agree to maintain existing forest or other natural vegetation and manage their land according to a voluntary plan.

Participants in the PES receive annual payments equivalent to $8 to $32 in U.S. dollars per acre and are monitored by field visits and satellite. Approximately half of forested land in Mexico is governed under these arrangements, making them key to the future of biodiversity and watershed protection. At least 18 percent of all land across the world is controlled communally.

Previous research by Alix-Garcia and Sims was among the first to show that payments for environmental services could slow deforestation, especially when contracts were targeted to communities under strong pressure to convert natural lands into cropland or pasture.

This latest study focused on Mexico’s agrarian communities, which are formally recognized structures of local governance that make joint decisions over land management through elected councils and an assembly of members.

“Social capital and trust are understood to be important drivers of economic development generally, and of collective action to protect the environment,” Alix-Garcia said. “We were really encouraged to see that Mexico’s PES is supporting pro-social behavior in addition to directly incentivizing conservation. We are very interested to see how PES may impact social capital in other settings globally.”

To evaluate the PES’ social impacts, Alix-Garcia and Sims used a method called regression discontinuity, which took advantage of the fact that the program had many more applicants than the available budget to support them, in order to make a comparison between participants and similar rejected applicants.

Participants were selected on the basis of points that rank their risk of deforestation and ecological and social characteristics, with the highest-ranking participants in each state accepted to the program. By comparing the outcomes for applicants above and below the cutoffs, researchers could isolate the impact of the program from other possible confounders.

Sims and Alix-Garcia designed and supervised the collection of information from more than 800 leaders of agrarian communities and 8,000 individual households via field-based surveys.

The team found that payments increased land management activities by more than 50 percent among participants compared to similar controls. The program had an 8-9 percent impact on community social capital.

Other study collaborators included researchers with the World Bank’s Development Research Group and the Evaluation Department of the Mexican National Forestry Commission. 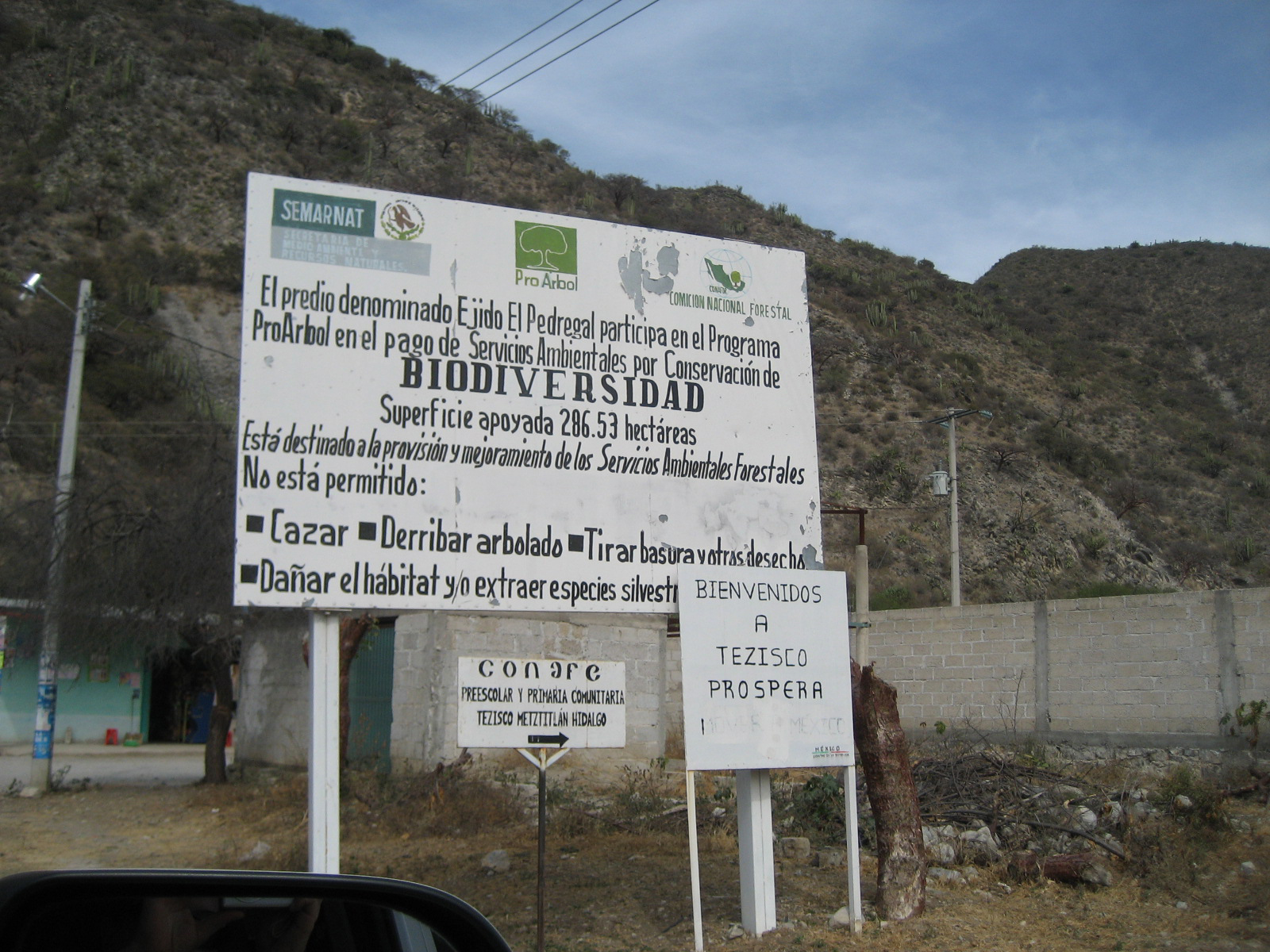