Kholodenko earned a gold medal for his performance at the 2013 Van Cliburn International Piano Competition. The Ukraine native began his international performance career at age 13 with performances in the United States, Hungary, Croatia and China. In addition to his Cliburn competition victory, he has won top prizes at the Schubert, Sendai and Maria Callas international piano competitions.

In recent years Kholodenko has presented solo recitals in Boston, Houston, Indianapolis, Los Angeles, Miami, Portland and Seattle. Internationally, he has played in Paris, Rio de Janeiro, Sarajevo, Singapore and elsewhere. He has performed as a soloist with the symphonies of Fort Worth, Indianapolis, Philadelphia and San Diego, and abroad with the orchestras of Malmo, Madrid RTVE, Qatar and Norwegian Radio.

Tickets are $25 in advance and $28 at the door. Advance tickets are available online at corvallispiano.org or at Grass Roots Books & Music. Students ages 8 to 18 and all college students with valid ID will be admitted free. Corvallis Arts for All discounts apply and are valid for purchase of up to two $5 tickets at The LaSells Stewart Center starting one hour prior to the concert with SNAP card.

Accommodations relating to a disability may be made by calling 541-758-0036, preferably at least one week in advance. 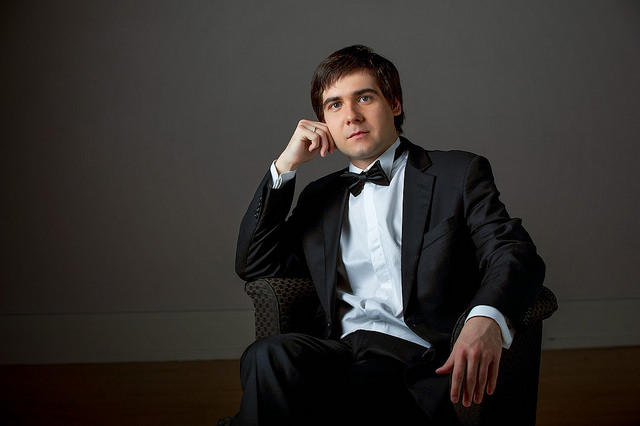