Pick up the pruners and head for the blueberries

CORVALLIS, Ore. – Moderate pruning of highbush blueberries done every year can make the difference between a mediocre and a bumper crop – and production of quality fruit.

Highbush blueberry, a native of North America, grows 6 to 12 feet tall and is the major blueberry-producing species in commerce. Its name refers to its tall stature. The best time to prune is from January to early-March during the dormant period, advises Bernadine Strik, berry crops specialist with Oregon State University Extension Service.

Strik's research shows that annual, moderate pruning results in bushes with the fewest canes, but with the greatest yields and largest berries.

"When plants are not pruned or are pruned too lightly, they become dense with weak, twiggy growth," she said. "They produce small fruit and fail to develop strong new wood for future berry growth. On the other hand, severe pruning leads to more new wood and larger but fewer berries.”

"If bushes are pruned only occasionally and then pruned heavily, many young canes will grow the year after," Strik said. "These canes will age together and become unproductive all at the same time. After several years, if you wanted to prune out the unproductive canes, nearly the entire bush would have to be removed. And no young growth would be present to replace the lost fruiting wood."

Remove the low growth that would touch the ground when loaded with fruit. Cut out short, soft shoots that develop from the base of the plant late in the season.

Prune off canes and twigs damaged by winter injury, mechanical causes, diseases or insects. Cut out the unproductive canes: those that haven't produced much new growth on 1-year-old canes, which have buds and are dull in color.

If you have been pruning every year, it is best to remove the two oldest (most unproductive) canes each winter.

Prune to let light down into the plant center.

If your plants tend to overbear, with numerous small fruits rather than larger ones, thin the fruit buds by clipping back some of the small shoots carrying a heavy load of flower buds. Blueberry flower buds are near the tips of the past season's growth and are large and plump, compared to the small scale-like "leaf" buds.

An outline of pruning methods with general care of blueberry plants is available in the OSU Extension Service's circular Growing Blueberries in Your Home Garden.

For more specific pruning information, watch the 22-minute video A Grower's Guide to Pruning Highbush Blueberries in English and Spanish. 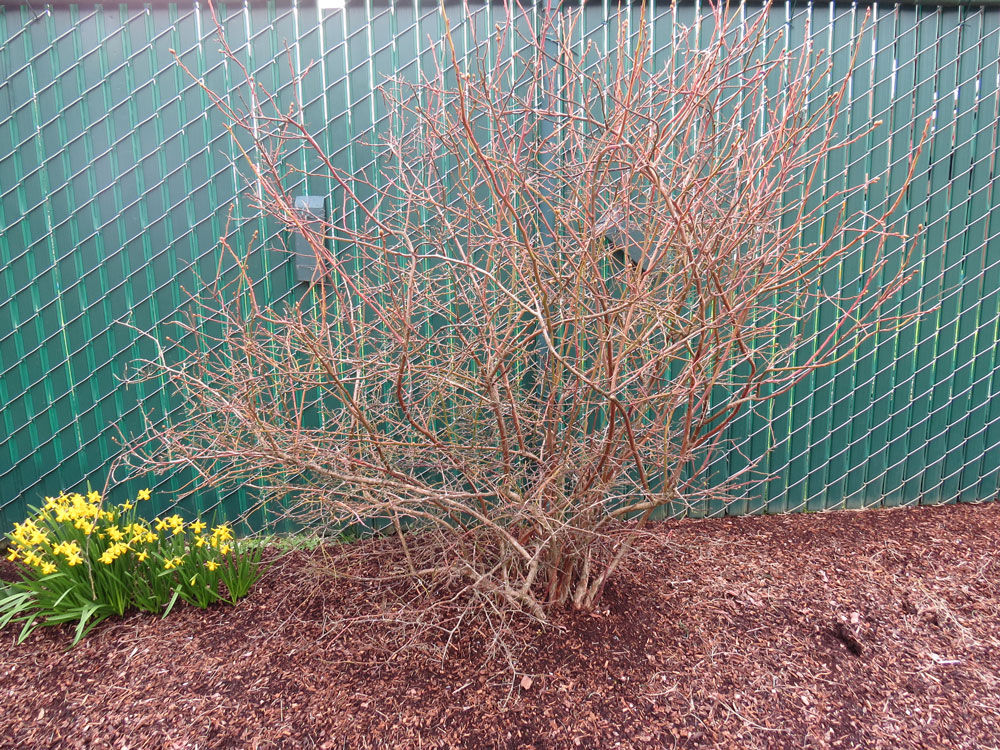