CORVALLIS, Ore. – Field trials in the Northwest and Southwest show that poplar trees can be genetically modified to reduce negative impacts on air quality while leaving their growth potential virtually unchanged, says an Oregon State University researcher who collaborated on the study.

The findings, published today in the Proceedings of the National Academy of Sciences, are important because poplar plantations cover 9.4 million hectares globally – more than double the land used 15 years ago. Poplars are fast-growing trees that are a source of biofuel and other products including paper, pallets, plywood and furniture frames.

A drawback of poplar plantations is that the trees are also a major producer of isoprene, the key component of natural rubber and a pre-pollutant.

Increases in isoprene negatively affect regional air quality and also unbalance the global energy budget by leading to higher levels of atmospheric aerosol production, more ozone in the air and longer methane life. Ozone and methane are greenhouse gases, and ozone is also a respiratory irritant.

Poplar and other trees including oak, eucalyptus and conifers produce isoprene in their leaves in response to climate stress such as high temperatures.

A research collaboration led by scientists at the University of Arizona, the Institute of Biochemical Plant Pathology in Germany, Portland State University and OSU genetically modified poplars not to produce isoprene, then tested them in three-year trials at plantations in Oregon and Arizona.

They found that trees whose isoprene production was genetically suppressed did not suffer any ill effects in terms of photosynthesis or “biomass production” – they were able to make fuel and grow as well as trees that were producing isoprene.

Steve Strauss, distinguished professor of forest biotechnology in the OSU College of Forestry, said there are a couple of possible explanations for the findings.

One is that, without the ability to produce isoprene, the modified poplars appear to be making “compensatory protective compounds.”

Another is that most of the trees’ growth takes place during cooler times of the year, so heat stress, which triggers isoprene production, likely has little effect on photosynthesis at that time.

“Our findings suggest that isoprene emissions can be diminished without affecting biomass production in temperate forest plantations,” Strauss said. “That’s what we wanted to examine – can you turn down isoprene production, and does it matter to biomass productivity and general plant health? It looks like it doesn’t impair either significantly. In Arizona, where it’s super hot, if isoprene mattered to productivity, it would show up in a striking way, but it did not. Plants are smart – they’ll compensate and do something different if they need to.”

“RNA interference is like a vaccination – it triggers a natural and highly specific mechanism whereby specific targets are suppressed, be they the RNA of viruses or endogenous genes,” Strauss said. “You can also do this with CRISPR at the DNA level, and it usually works even better.”

“You could also do the same thing through conventional breeding,” Strauss said. “It would be a lot less efficient and precise, and it might be a nightmare for breeders who may need to reassess all of their germplasm and possibly exclude their most productive cultivars as a result, but it could be done.”

Corresponding author Russ Monson of the University of Arizona said the study lays the groundwork for future isoprene research, including in different growing environments.

“The fact that cultivars of poplar can be produced in a way that ameliorates atmospheric impacts without significantly reducing biomass production gives us a lot of optimism,” Monson said. “We’re striving toward greater environmental sustainability while developing plantation‐scale biomass sources that can serve as fossil fuel alternatives. We also need to keep working toward solutions to the current regulatory and market roadblocks that make large-scale research and commercial uses for genetically engineered trees difficult.”

Sustainable forest management systems and their certifying bodies operate under the assumption that genetically modified equates to dangerous, Strauss said.

“If something is GMO, it’s guilty until proven safe in the minds of many and in our regulations today,” he said. “These technologies are new tools that require scientific research to evaluate and refine them on a case-by-case basis. We have a huge need for expanded production of sustainable and renewable forest products and ecological services, and biotechnologies can help meet that need.”

Scientists from the University of California, Riverside, NASA’s Goddard Space Flight Center, and the Institute for Microbiology in Greifswald, Germany, also collaborated on the study.

The National Science Foundation, the German Ministry of Education and Research, Portland General Electric, the U.S. Department of Agriculture, Portland State University, Oregon State University and the state of Arizona supported this research. 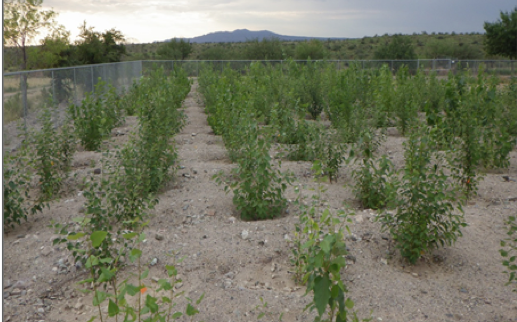 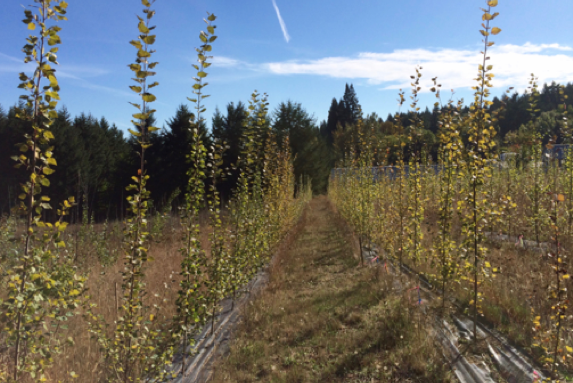 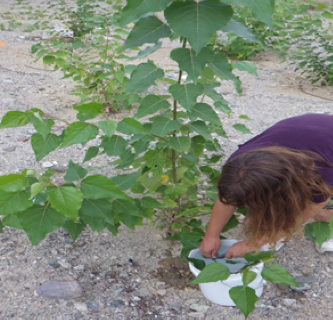