CORVALLIS, Ore. – The best time to deal with diseases in marine species is before an outbreak occurs, a study by Oregon State University shows.

Researchers in OSU’s College of Science and Carlson College of Veterinary Medicine evaluated more than a dozen disease management strategies and found the most promising ones were proactive rather than reactive, such as increasing marine ecosystem health and building marine disease monitoring and response networks.

The findings, published in Ecological Applications, are important because marine diseases can disrupt ecosystems and threaten human livelihoods, and because outbreaks are expected to increase with climate change, said Sarah Gravem, a research associate in integrative biology at Oregon State.

“The ocean environment fundamentally changes how diseases are passed between marine species, which means we must also adapt our wildlife management strategies to successfully respond to disease outbreaks in the ocean,” she said. “The COVID outbreak has shown how devastating disease outbreaks can be in people, and diseases in the marine environment are no different. But we are much less prepared for addressing emerging infectious diseases in wildlife.”

In particular, Gravem said, preventing or controlling outbreaks in marine systems is challenging because pathogens can travel much longer distances at faster rates in water versus air. Also, many marine species, including most invertebrates, do not have immune “memory” like humans, and many species produce larvae that float in the currents and grow up far from their birthplace.

“That means the tools that we use to control outbreaks must be adjusted to meet those circumstances,” she said. “These challenges were highlighted by the outbreak of sea star wasting disease in 2013, which easily transmitted in the ocean currents and spread from Baja California, Mexico, to the Aleutians in Alaska within a couple years, affecting at least a dozen species and often causing severe declines.”

That outbreak, Graven said, prompted scientists to reconsider how to better prepare for and manage marine diseases.

Graven and a team that included multiple graduate students looked at 17 disease management strategies to see how they compared in a marine system versus a terrestrial system. The analysis led them to identify which strategies are potentially the most effective for marine disease outbreak prevention, response and recovery.

“Strategies like isolation, antibiotics, culling and vaccines are less useful in the ocean than land because organisms are hard to isolate and many species lack immune memory,” said the study’s lead author, Caroline Glidden, a former OSU graduate student who is now a postdoctoral researcher at Stanford University. “On the other hand, many strategies used in terrestrial outbreaks are easily implemented in marine systems. These include broad prevention strategies like reducing pathogen transport via human activity and conserving biodiversity and habitats with marine protected areas or other restrictions on human use.”

Laurel Field, an OSU graduate student co-author who is now pursuing a Ph.D. at Florida State, said that other useful outbreak response strategies are surveillance networks to detect emerging disease quickly, diagnostic tools to test for pathogens in a host, and disease modeling that tracks or predicts transmission.

Once a disease has caused a decline in a host population, she said, translocating healthy individuals from elsewhere can be effective, and habitat restoration may aid recovery.

“For severe declines, captive breeding and reintroductions may be necessary,” Field said. “In all outbreaks, endangered species lists like the IUCN Red List of Endangered Species can help assess the risks to the population, ameliorate threats and prompt recovery actions, and they can come with the added benefit of legal clout. Managing marine disease is challenging and several management tools need further development or resources to be effective, but there are many strategies we can use.”

To improve marine wildlife disease management, and given that halting outbreaks in the sea is especially challenging, the scientists recommend preventatively augmenting marine ecosystem health and building more disease monitoring and response networks like the OSU-based PRIMED Network.

They also advocate for more basic research capacity for marine disease systems and support of facilities in which the research can be undertaken, especially those with infrastructure for housing or breeding marine species.

All of the researchers’ recommendations can be supported via legislation and policy to explicitly support wildlife health, she added, noting that despite several recent efforts, there is no enacted legislation in the United States or globally that addresses wildlife disease emergencies. 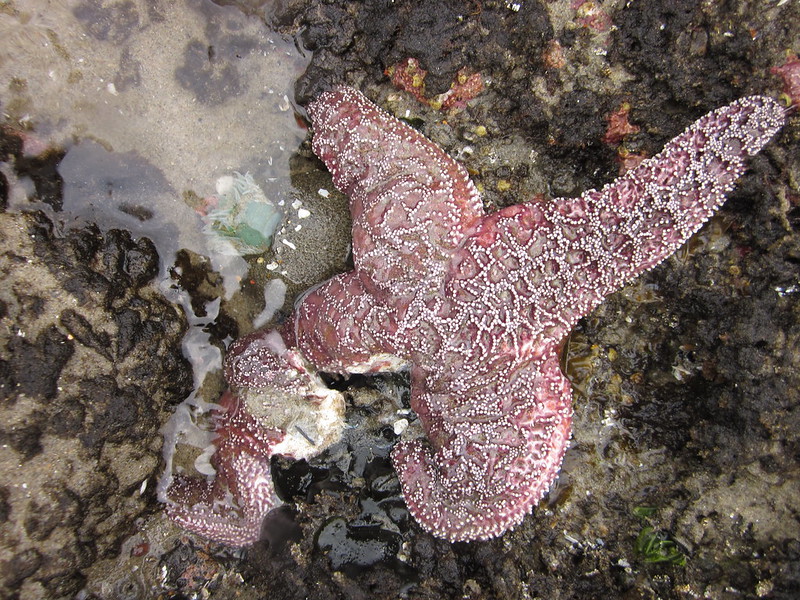