Pull weeds as they pop or desired plants will suffer

CORVALLIS, Ore. – Unsightly and seemingly uncontrollable, weeds have a way of taking over the garden in the time it takes to put the hoe away.

Keeping weeds under control takes time and patience, but the effort is worth it, said Chip Bubl, horticulturist with Oregon State University Extension Service. Plants – especially vegetables – have a hard time thriving in the company of unwelcome neighbors that compete for water, light and nutrients. Some also harbor pests or diseases.

“Weed seedlings are vulnerable to hoeing, hand pulling or rototilling,” he said. “Mature weeds are more difficult to remove. Weed early and often.”

If you keep weeds at a minimum, your vegetables, annuals and perennials have a better chance of flourishing. Here are a few guidelines from Bubl on how to control these stubborn plants:

Organic mulches such as leaves, straw and grass clippings keep weeds under control and improve soil as they break down. Apply a layer of organic mulch 2 to 4 inches deep to your vegetable garden. Avoid the leaves of black walnut trees (Juglans nigra) or tree of heaven (Ailanthus altissima), which can inhibit growth of plants and seeds. Don’t use grass or lawn clippings if the lawn was mowed when weeds were in seed.

Plastic sheeting may also be used to control weeds. Black plastic reduces light and prevents weed growth. You will need drip irrigation and appropriate fertilizer in place before you lay the plastic. Make slits in the plastic, and if weeds appear in the planting slits, immediately remove them.

Sprinklers water a large area, but encourage weed growth. Drip irrigation delivers water only where you want it and will slow the amount of weeds in the garden.

Rototillers are useful tools for incorporating organic matter and controlling persistent winter weeds before planting. If you space your rows wide enough, rototillers can be used between rows for weed control as your crops grow.

One caution: If you rototill perennial weeds like quackgrass, morning glory and Canada thistle, you likely will increase the number of individual weeds because new plants will grow from broken roots left in the soil. But persistent pulling of these “weed fragments” will weaken their hold on the garden.

Rototillers can damage roots or stems if used close to plants. In addition, too much tilling may damage the structural qualities of the soil. Never till soil when it is wet or you’ll end up with cloddy, compacted soil.

Hand pulling works well in small gardens and raised beds. Pull when the soil is damp, but not wet. Try to get to annual weeds before they go to seed or you’ll get a whole new crop. When you pull perennial weeds, you won’t get all of the root system. However, if you persistently remove new weedy shoots, you prevent the plant from storing carbohydrates and may, eventually, kill the perennial plant and win the war. This process is called carbohydrate starvation and must be done with passion almost every day to be successful. But people really can control morning glory and other perennial weeds by this level of commitment.

Crop rotation can reduce weed problems. Plant fast-germinating, spreading vegetables (such as squash, cucumbers or melons) where noncompetitive crops (such as carrots and onions) grew the year before. Keeping part of the garden in a summer cover crop can help reduce weed problems for the next season.

Closely spaced vegetables shade the soil and suppress weeds. Remember, however, that weeding must be done by hand when plants are near to each other. In addition, crops spaced too close may compete for sunlight. The end result is reduced crop growth no different than from weed competition. So thin corn, carrots and beets, and experiment with tighter vegetable spacing for your other vegetable crops.

Cover crops grown on annual beds in the winter can smother much winter weed growth. The cover crop can be a winter-hardy grain, a legume or a combination of the two.

Weed seeds can persist for years

Weed seeds can survive in the soil for years before they germinate and grow.

Why should home gardeners care? If you combine the longevity of seeds in the soil with the fact that weeds such as common lambsquarters can produce over 500,000 seeds per plant, the incentive to hand weed your garden becomes much greater.

Here are some basics on weed seed biology:

The number of surviving seeds of most weed species declines rapidly the first year. But thereafter the rate of weed seed decline slows. Some seeds can persist for decades.

As many as 130 million seeds per plow acre were found in a Minnesota study.

Different species of weeds have seeds that last varying numbers of years in the soil. The scientific literature provides some information about seed longevity, including: 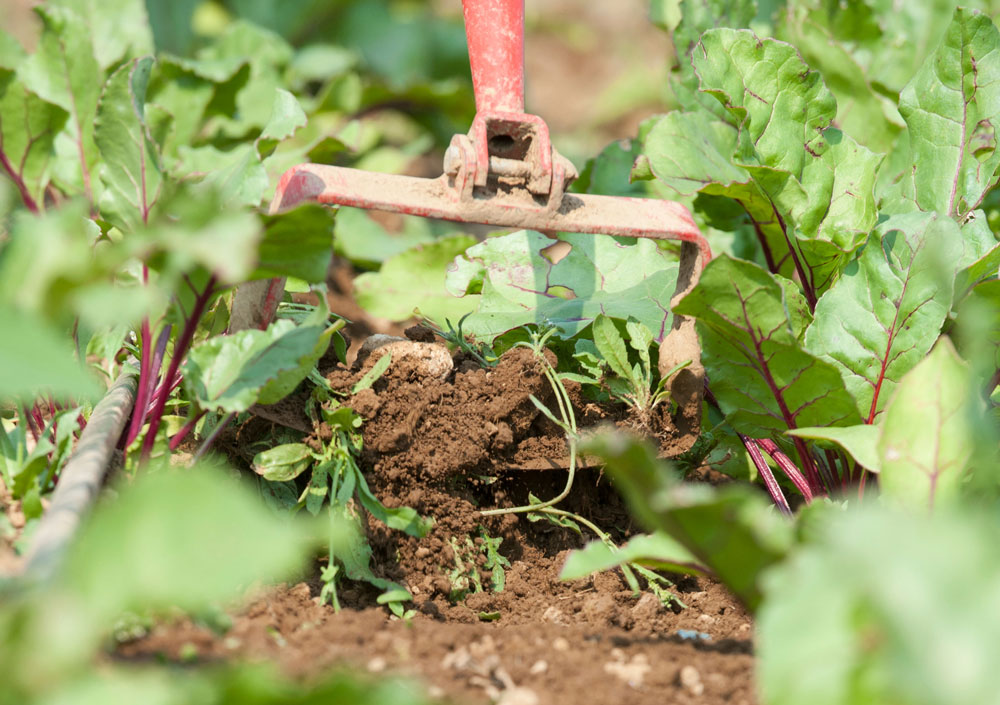