CORVALLIS, Ore. – Two leading marine ecologists say now is the time for scientists to escalate the  creation of “scalable solutions” to the ocean’s problems rather than just “documenting the tragedies underway.”

Jane Lubchenco, distinguished university professor at Oregon State University, and OSU alumnus Steve Gaines, distinguished professor and dean of the Bren School of Environmental Science & Management at the University of California Santa Barbara, propose a “new narrative for the ocean” in an editorial published today in the journal Science.

“The ocean is so central to our future, it’s too important to ignore,” said Lubchenco, who served as an undersecretary of commerce for oceans and atmosphere and as administrator of the National Oceanic and Atmospheric Administration. “In the past, people looked at the ocean as so immense and bountiful that it couldn’t be depleted or disrupted. We now know that narrative is false, but unfortunately it still persists, alongside one that’s equally unproductive: The ocean has been massively and fatally harmed but it’s too big to fix.”

Hence the need for a new narrative, she said, “one that is grounded in knowledge about how central the ocean is to many global challenges – from food security to climate change.”

“Also at risk are the economic prosperity, quality of life and opportunities for everyone, and of course the well-being of the ocean’s amazing life forms,” he said.

The good news, Lubchenco and Gaines argue, is that there are myriad opportunities to develop “new solutions based on efficiency, incentives, technology, biotechnology, and regenerative and holistic approaches.” They suggest that while the ocean is neither too big to fail nor too big to fix, it is too big and too essential to ignore.

“Because the ocean is central to the functioning of the planet, many ocean solutions could bring substantial co-benefits to address poverty, hunger and economic development,” Lubchenco said. “For example, reforming fisheries to ‘fish smarter, not harder’ can help restore ocean ecosystems, reduce impacts of climate change and enhance food security, job creation and poverty alleviation.”

Coming up with solutions that can scale globally means scientists need to engage actively with communities, fishers, businesses and policy makers so that those solutions are complementary, integrated, effective and rapid, Lubchenco and Gaines write.

“A new narrative does not automatically change the status quo, but, if widely adopted, it can reset expectations and liberate ingenuity,” the editorial states. “Here is an opportunity to replicate, accelerate and escalate existing successes while driving innovative and transformative changes. Now is the moment for more scientists to pivot from simply documenting the tragedies underway to also creating scalable solutions.”

Lubchenco, who in 2017 received the National Academy of Sciences’ most prestigious award, the Public Welfare Medal, made many of the same points last month while addressing the American Association for the Advancement of Science’s 44th Science & Technology Policy Forum in Washington, D.C.

A member of the Obama administration’s Science Team and later the State Department’s first science envoy for the ocean, Lubchenco in 2018 won the National Science Board’s Vannevar Bush Award, which recognizes “exceptional lifelong leaders in science and technology.”

Lubchenco, who joined OSU alumnus Linus Pauling, a two-time Nobel laureate, and David Packard, co-founder of Hewlett-Packard, on the list of Vannevar Bush winners, will be the keynote speaker June 15 at Oregon State’s 150th commencement. 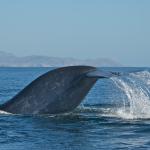 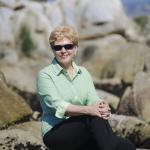