The study, a collaboration between OSU and Texas A&M University, found that almond, cherry and meadowfoam provide ample pollen to honeybees, but highbush blueberry and hybrid carrot seed crops may not. In addition, California almonds don’t provide as much pollen diversity as other crops, according to the findings, published in the Journal of Economic Entomology.

The western honeybee is the major pollinator of fruit, nut, vegetable and seed crops that depend on bee pollination for high quality and yield. The findings are important because both pollen abundance and diversity are critical for colony growth and survival of the western honeybee, said study corresponding author Ramesh Sagili, associate professor of apiculture and honeybee Extension specialist in OSU’s College of Agricultural Sciences.

“Pollen diversity is important for the growth and development of bees, and low amounts of pollen availability to honeybee colonies can dramatically affect brood rearing,” Sagili said. “Beekeepers that employ their colonies for pollination of crops like hybrid carrot seed and highbush blueberry should frequently assess the amount of pollen stores in their colonies and provide protein supplements if pollen stores are low.”

Nectar and pollen provide essential nutrients for honeybees. A honeybee colony’s protein source is pollen, which has varying amounts of amino acids, lipids, vitamins and minerals. These nutrients obtained from pollen are essential for honeybee larval development. Pollen largely contributes to the growth of fat bodies in larvae and egg development in the queen.

Well-nourished individuals in a honeybee colony are able to withstand the effects of other stressors such as parasites and insecticides, in addition to the long-distance transport of colonies known as “migratory management.” Bees are trucked across the county to pollinate various cropping systems – more than 1 million hives are transported to California each year just to pollinate almonds.

Some cropping systems may put bees at risk for temporary nutritional deficiency if the crop plant’s pollen is deficient in certain nutrients and bees are unable to find an alternative source of these nutrients, Sagili said.

“It’s crucial for beekeepers and crop producers to understand the pollen abundance and diversity that honeybees encounter during crop pollination,” he said, adding that blueberry and hybrid carrot seed producers can mitigate nutritional deficiencies by providing supplemental food or forage, including commercially available protein supplements for bees.

Renting colonies to growers for pollination services is a significant source of income for commercial beekeepers, but it also requires them to repeatedly transport the colonies between crops throughout the growing season. In this study, the research team collaborated with 17 migratory commercial beekeepers for pollen collection from honeybee colonies in five different cropping systems from late February to August of 2012.

They installed pollen traps on at least five colonies at each site and collected pollen from the colonies at the height of the blooming season.

They found that California’s vast almond footprint – 1 million acres and counting – provides more than enough pollen for the nearly 2 million honeybees employed to pollinate the orchards, but pollen diversity was low when compared with other crops.

“We think the reason for that is almonds bloom early in the year when there are so few plant species in bloom, so bees have few other forage options and primarily rely on almond pollen,” Sagili said. “There are parts of the northern and southern ends of California’s San Joaquin Valley where there are no other crops in bloom when almond trees bloom, which may further contribute to poor availability of diverse pollen.”

The Oregon State Beekeepers Association provided funding for the study. 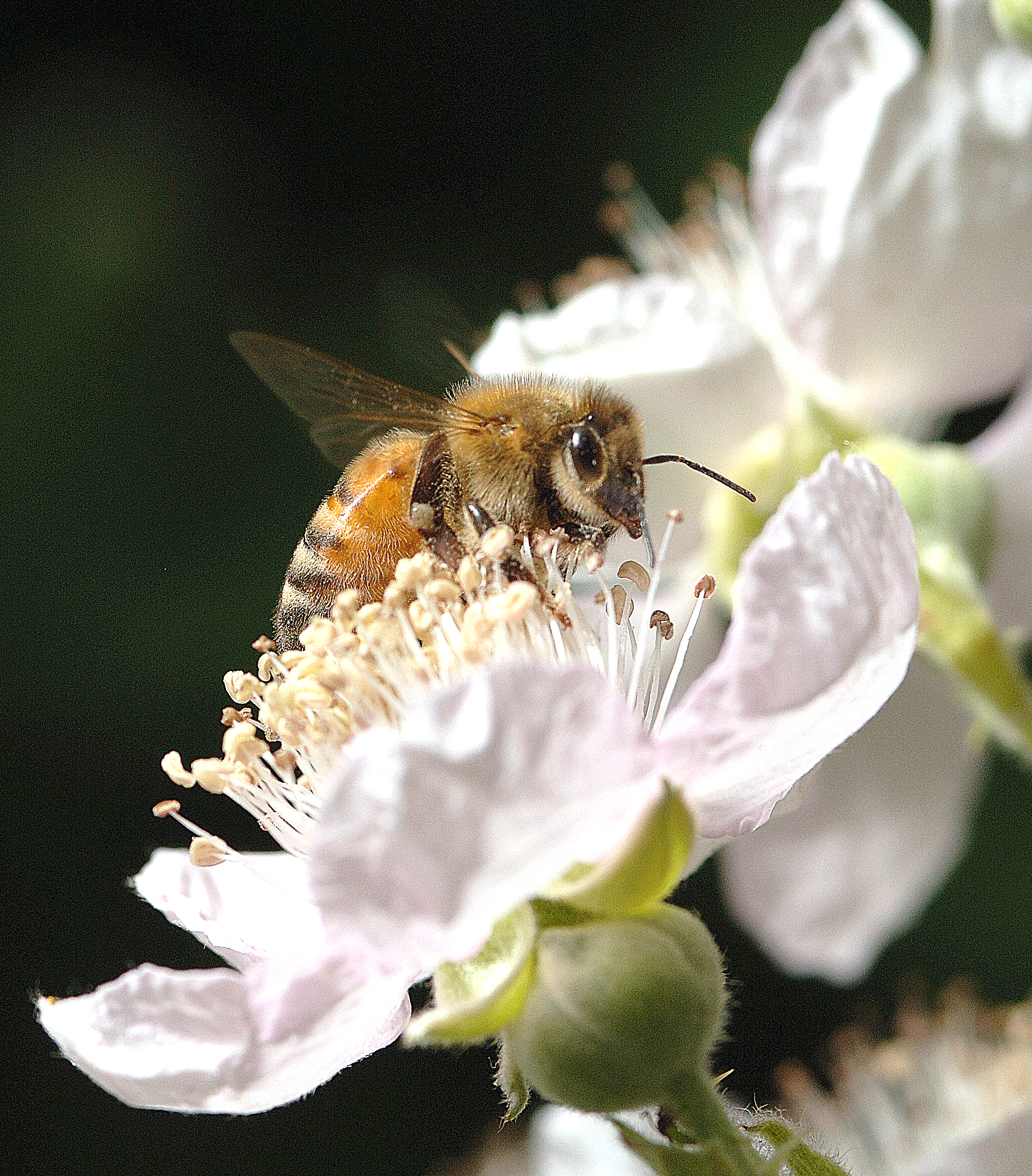 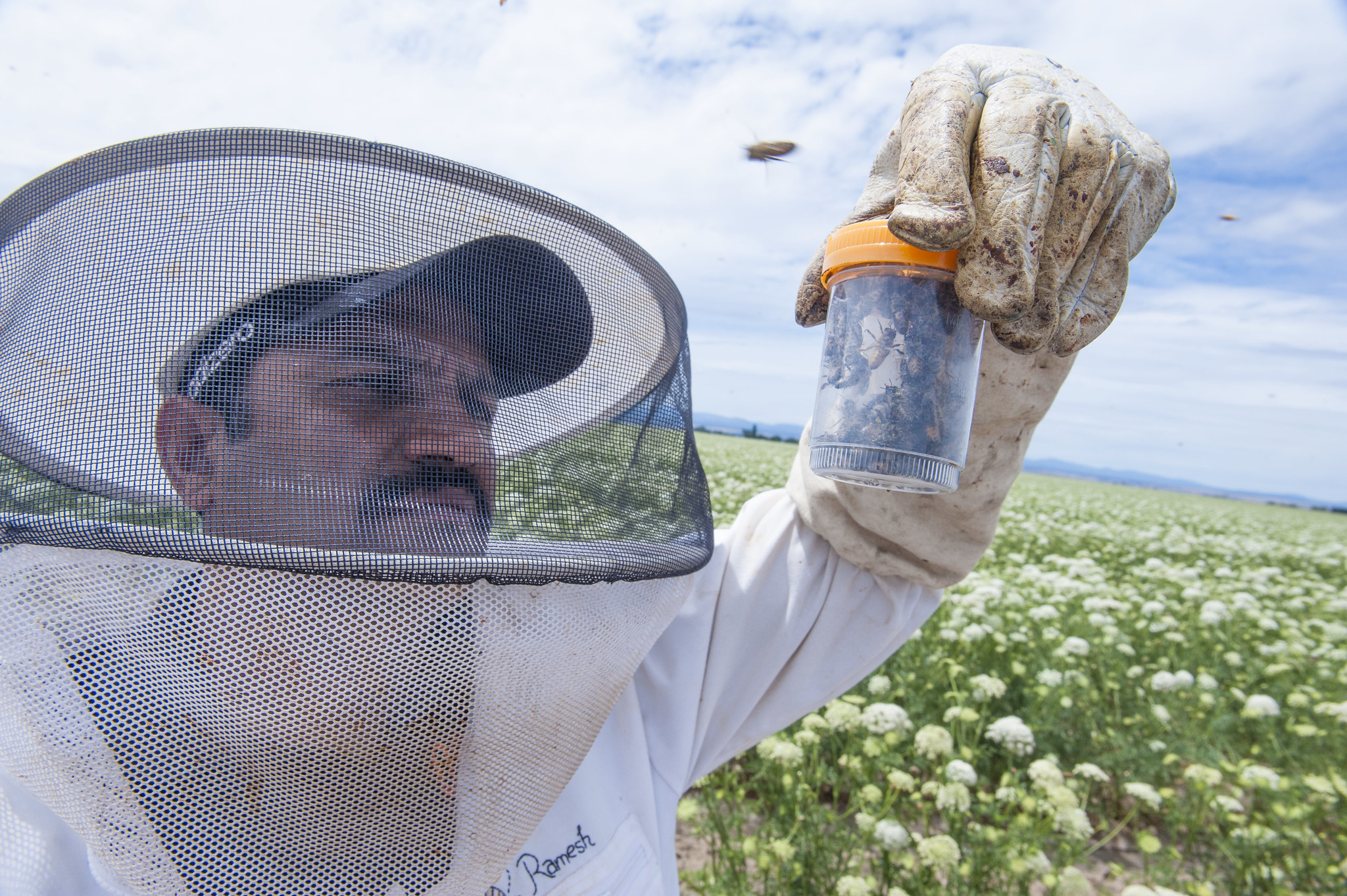