CORVALLIS, Ore. – Researchers at Oregon State University are paving the way toward greater safety for coastal residents and infrastructure by developing a better means of modeling the destructive force of tsunami waves.

Rare but potentially devastating, tsunamis can cause huge damage to coastal infrastructure, with part of the problem tracing to unstable soil around the structures.

Understanding the processes through which a tsunami destabilizes soil is a key to developing engineering techniques that can make buildings, roads and bridges better able to withstand the complicated forces at work within a tsunami.

Collaborators led by Ben Mason and Harry Yeh of the OSU College of Engineering used a centrifuge that once tested Apollo astronauts’ resistance to G-forces, attaching a container apparatus filled with soil and water for a scalable simulation of the effects of inundation.

The centrifuge technique replicates inundation physics over a parcel of soil 21 meters long, nearly 10 meters deep and more than 14 meters wide – much larger than can be simulated in a traditional wave tank.

“This is the first time anything like this has been done,” Mason said. “The challenge of figuring out the logistics and mechanical engineering to design the container is a pretty striking aspect of this research.”

A centrifuge is a device that puts something in rotation around a fixed axis, i.e. swings it in a circle.

“Imagine holding a 5-gallon bucket of water that you start spinning around with, and if you spin fast enough, the water will stay in the bucket regardless of its position, and if you slow down, it will pour out,” Mason said. “That’s exactly the concept we were working with.”

The centrifuge in the study, housed at the UC Davis Center for Geotechnical Modeling after originally being part of NASA’s Ames Research Center, has a radius of 9.1 meters. Attached to the arm was the apparatus Mason and collaborators built, part of it filled with water, the other part with soil, with gates to allow for flow simulating a tsunami wave.

“We’re trying to mimic the entire process of a tsunami coming onshore and then drawing back,” Mason said. “If you’re putting soil in a wave flume to try to do that, it gets really, really expensive, and also because at Earth’s gravity, you can’t have a very deep layer of soil – tsunamis’ spatiotemporal scales make it hard to do lab experiments that scale up. That’s our key advantage: We can simulate a much larger expanse of earth, and once the box is built, it’s much quicker to build soil models in the centrifuge.”

“In the centrifuge, we can use high-speed video to learn a lot about what’s happening in the soil, such as scouring, and under the surface, how pore water pressure changes with time as the water moves across,” Mason said. “All of these things are important for understanding what we can expect the soil around coastal infrastructure to do, and then how do we protect that infrastructure when the next tsunami occurs.” 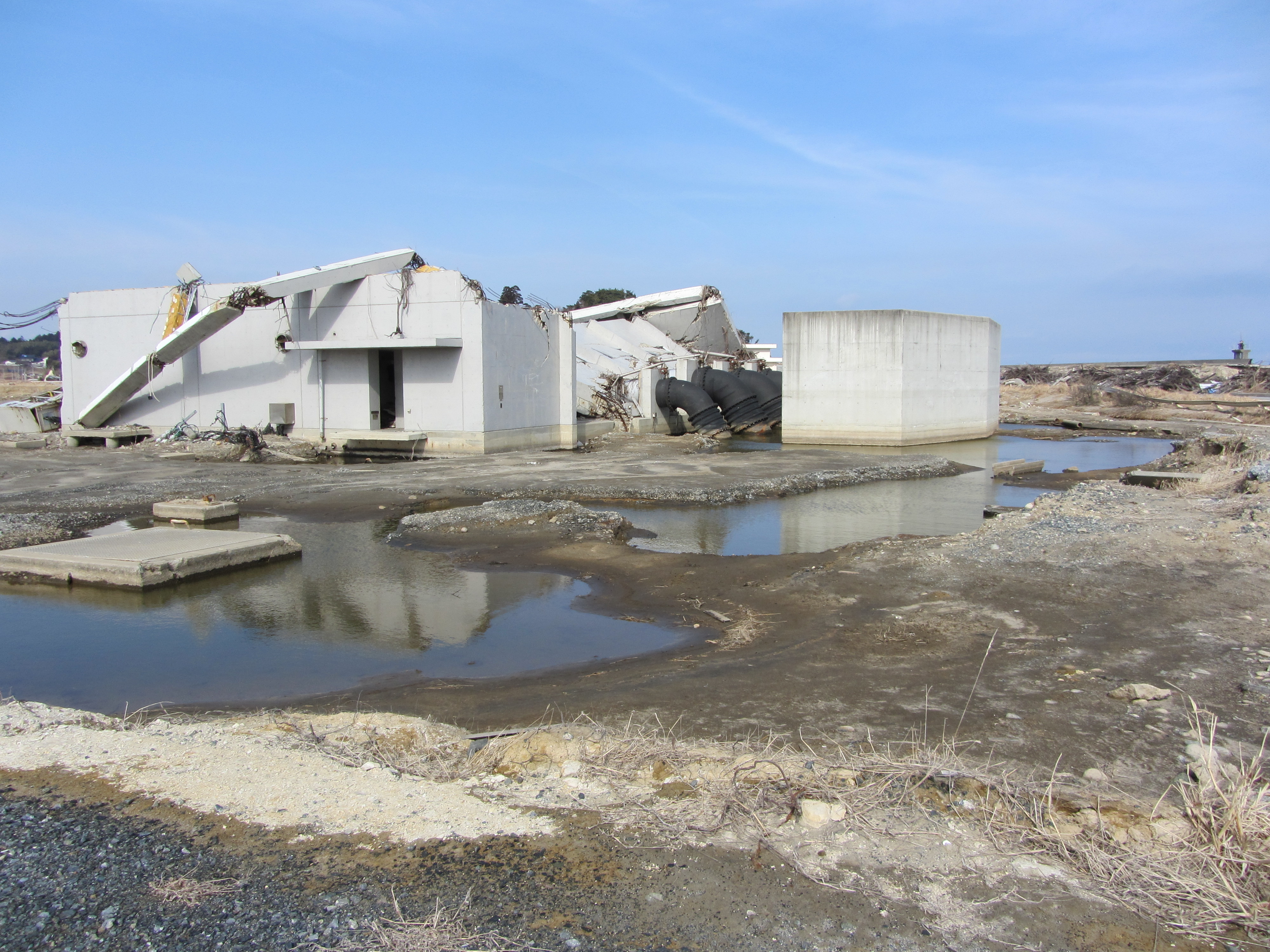 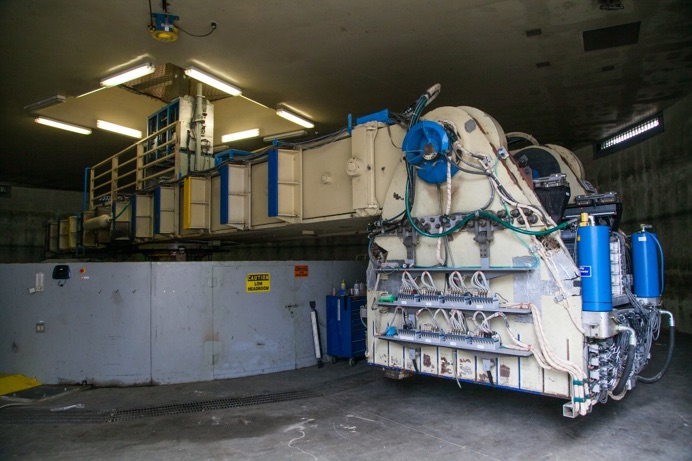