NEWPORT, Ore. – A team of researchers has documented a recent volcanic eruption on the Mariana back-arc in the western Pacific Ocean that is about 14,700 feet (4,500 meters), or 2.8 miles, below the ocean surface, making it the deepest known eruption on Earth.

That is deeper below the ocean surface than Mount Rainier’s height above sea level.

It was discovered by researchers searching for new hydrothermal vent sites where the Pacific tectonic plate subducts beneath the Philippine Sea plate, forming the Mariana trench and the active volcano arc, which is made up of nine islands and more than 60 seamounts. The Mariana back-arc is a zone of seafloor spreading and active volcanism in the upper plate behind the volcanic arc.

Results of the research are being published this week in a special issue of Frontiers in Earth Science.

“We know that most of the world’s volcanic activity actually takes place in the ocean, but most of it goes undetected and unseen,” said Bill Chadwick, a marine geologist at Oregon State University and NOAA’s Pacific Marine Environmental Laboratory, who is lead author on the study. “That is because undersea quakes associated with volcanism are usually small, and most of the instrumentation is far away on land.”

“Many of these areas are deep and don’t leave any clues on the surface. That makes submarine eruptions very elusive.”

Chadwick said that in the last 30 years, scientists utilizing improving technology and exploration methods have detected evidence of about 40 undersea eruptions. Before 1990, he said, there were zero.

The Mariana back-arc eruption was first discovered in December of 2015 by cameras aboard an autonomous underwater vehicle, Sentry. Photos revealed the presence of a pristine dark, glassy lava flow on the seafloor with no sediment cover. Venting of milky hydrothermal vent fluid indicated that the lava flow was still warm, and therefore very young.

Newly collected bathymetric data indicated major depth changes in the area between surveys in 2013 and 2015, consistent with an eruption. The new lava flows stretched over an area about 4.5 miles long and ranged in thickness between 130 and 450 feet.

The scientists returned to the site in April and December of 2016 and used remotely operated vehicles Deep Discoverer and SuBastian during expeditions on the NOAA ship Okeanos Explorer and the research vessel, Falkor. The new observations showed a rapidly declining hydrothermal system on the lava flows, suggesting the eruption had taken place only months before its discovery the previous year.

“Typically after an eruption, there is heat released and venting for a few years and organisms will colonize the vents, creating a new ecosystem,” Chadwick said. “But after a while, the system cools down and the mobile organisms will leave. There was still some venting, but it had obviously greatly declined.”

Chadwick was part of science teams that actually observed underwater eruptions at NW Rota Seamount along the Mariana volcanic arc. He and his colleagues have also monitored Axial Seamount off the Pacific Northwest coast of the United States and documented three eruptions there in the last 20 years, and monitoring data shows that it is building toward another eruption within the next several years.

The research is important, he says, for several reasons.

“Undersea volcanoes can help inform us about how terrestrial volcanoes work and how they impact ocean chemistry, which can significantly affect local ecosystems,” noted Chadwick, who works at OSU’s Hatfield Marine Science Center in Newport, Ore. “It’s a special learning opportunity when we’re able to find them.” 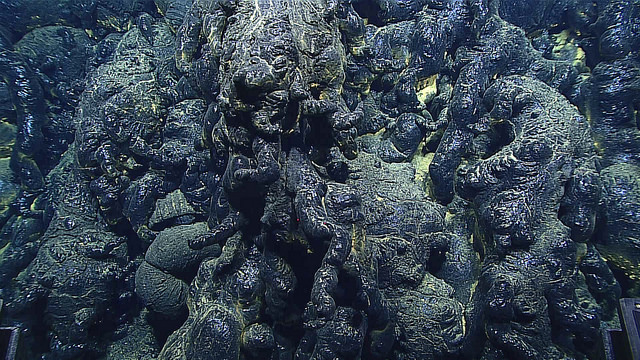 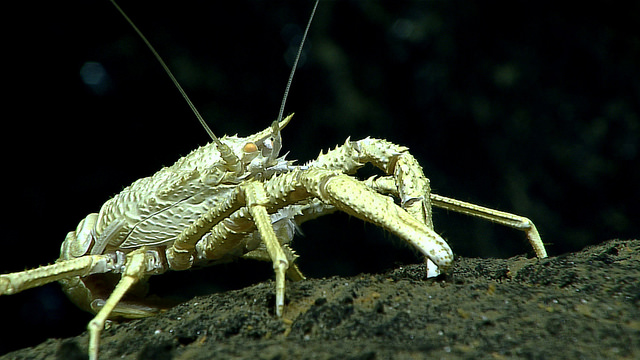