Biological control is the use of beneficial insects to manage other insects, which means using less pesticides.

“Spotted wing drosophila is very difficult to control,” said Vaughn Walton, professor and Extension entomologist in OSU’s College of Agricultural Sciences. “It’s got a very, very high reproduction rate, many generations a year. Because of that, when using pesticides, they have to be applied constantly, sometimes two to three times a week.”

Using that much pesticide is not economically or environmentally sustainable, Walton said. On average, spotted wing drosophila, also known by the acronym SWD, destroys 10% of fruit value. Management in the blueberry industry alone costs $100 million a year. Other crops affected include strawberries, raspberries, blackberries, cherries and, if conditions are right, grapes, a worrying possibility for Oregon’s wine industry. In Europe and the eastern U.S., the pest is already a serious problem in wine grapes.

But a tiny wasp (Pachycrepoideus vindemmiae) being studied by Walton and colleagues at OSU, could help stop spotted wing drosophila (Drosophila suzukii).

“Based on the survival and host-killing capacity of the wasp, we have concluded that it has tremendous biocontrol potential against SWD,” Walton said.

The researchers published their findings in the journal PLOS ONE.

Usually a parasitic insect burrows into its host, which can then produce antibodies to fight it off. But P. vindemniae lays its eggs on the outside of the larvae skin, avoiding the antibodies. That’s what makes it so effective, Walton said.

Chances of deterring spotted wing drosophila will improve by adding cultural practices like good sanitation, correct pruning, drip irrigation and weed cloth to a holistic pest management plan (IPM). Drip irrigation lowers the longevity and reproductive ability of spotted wing drosophilia. Weed cloth provides a barrier to keep the flies that drop from the fruit from burrowing into the ground and laying eggs.

Adult drosophila flies resemble the small fruit or vinegar flies that buzz around the kitchen or rotting fallen fruit outdoors. Infested fruit show small scars or speckles made when the adult female lays its eggs. The eggs soon hatch and the maggots begin feeding inside the fruit, causing damage that results in severe crop losses.

“The wasp helps, but you must do the other things as well,” Walton said. “None can stand on its own. If you’re doing all of the cultural practices, you’re going to have a much lower problem. I had a call from a grower who was doing everything right and he wanted to know if he could spray less pesticides. Even removing one application is a significant cost savings – $150 an acre. That’s a lot of savings if you can do all of these things together.”

The parasitic wasp has gone through rigorous testing and Walton is awaiting a permit to raise and release the wasp in large numbers. 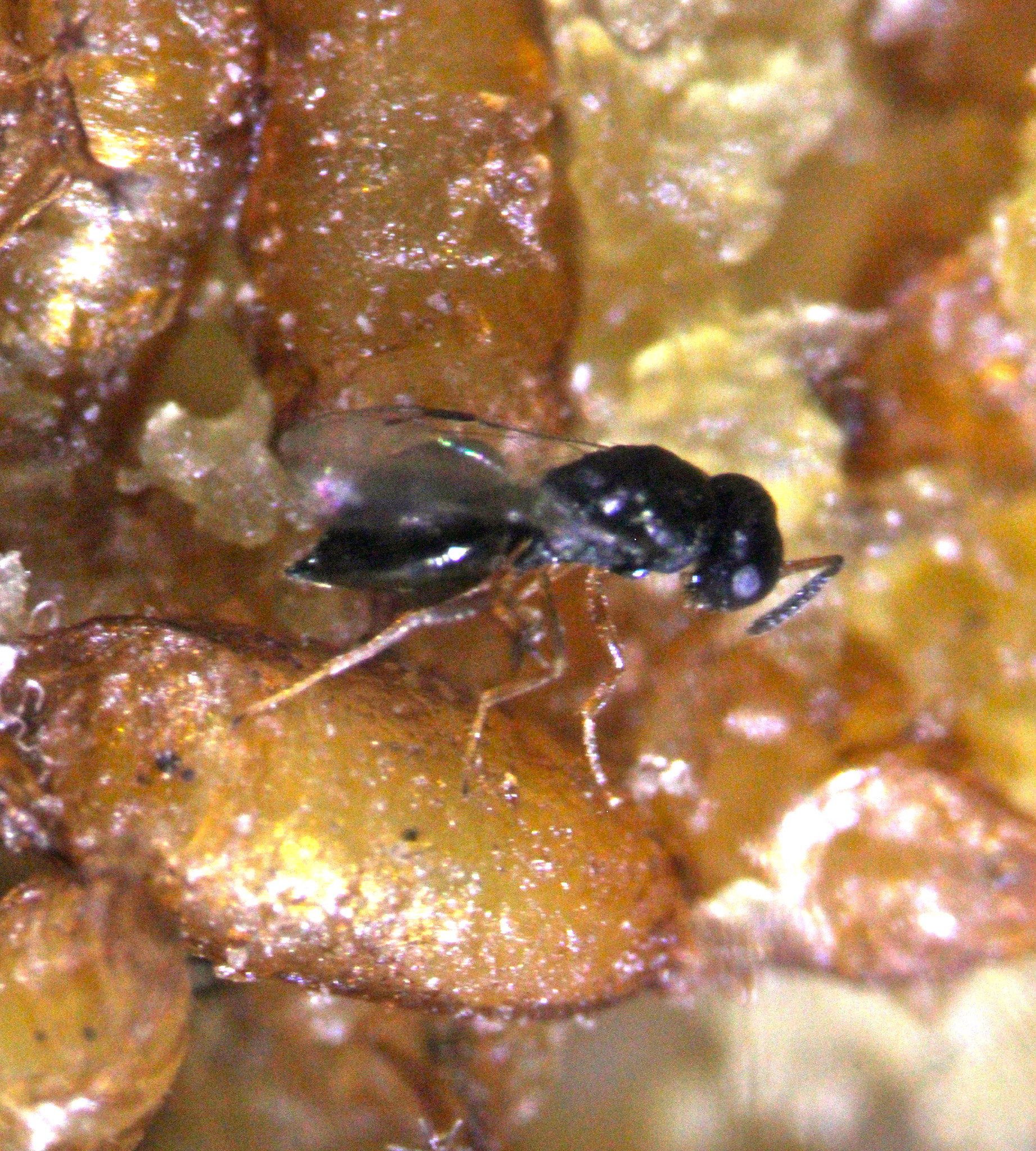